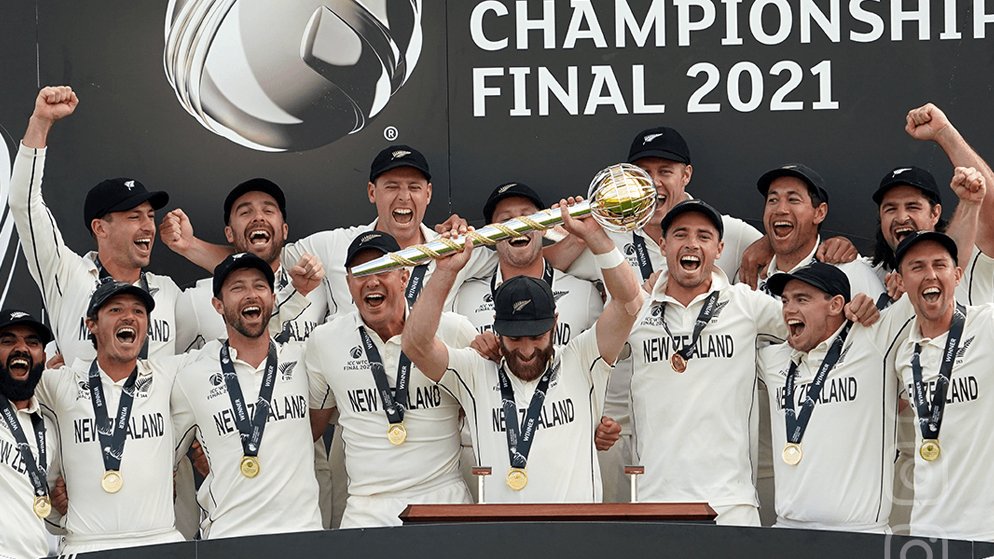 Kane Williamson and his flock of Kiwis finally emerge shining as bright as the sun despite the sense of despair that settled into the ICC Men’s World Test Championship Final. The dark clouds and rain which had the entire city of Southampton and its cricket lovers in a state of distraught, almost sabotaging the most important Test match of the year, did not interrupt the most crucial day of the match. A historic day for the Blackcaps as they become the first-ever winners of the trophy on Wednesday.

The most awaited Test match of the year has finally borne fruits, and least to say Virat Kohli will not be very pleased with it. A huge amount of discontentment has settled among the fans who believe that their captain, Virat Kohli, of all people underperformed the most. A lot of claims have been tossed up in the firmament by the critics, comparing how team India has performed and how they should have.

This has been one of those important matches where India under Virat Kohli’s captaincy has once again failed to convert. Since Kohli was declared captain of Team India in 2017, India has not won a single ICC trophy despite being a powerhouse in cricket.

A one-off test that was marred by heavy downpour in Southampton, did nothing to increase the chances of India’s winning. The Kiwis won the toss and invited the men-in-blue to bat first. Given the batting conditions and New Zealand’s bowling lineup, Kane Williamson had just caught India off guard. The most opportune moment to dismantle one of the heftiest batting lineups in the world, and Kane Williamson did just that. Rohit Sharma opened with Subhman Gill who was playing his maiden test match in England. The pair started off well but were unable to keep their partnership going.

The first wicket came in the twentieth over as Sharma miscued Southee’s delivery and was caught by Kylie Jamieson. The entire batting lineup toppled one after the other. It was only Ajinkya Rahane and Kohli who held the mantle for a while and looked strong ahead of the Kiwis bowling attack. A total as low as 217 on a difficult pitch was what India had to settle for. In the third inning of the game where India could have got ahead of New Zealand by getting quick runs and giving the Blackcaps a hefty target; they failed to get better of New Zealand’s bowling prowess and more so their optimism.

The batting order picked ahead of the match had proven to be the most reliable in tests previously, but somehow all of them failed to perform when it was needed the most. The bowlers have somehow once again shown their ability with the ball and as well as the bat.

Kane Williamson’s New Zealand has somehow been the most ill-fated team in the past few years. Progressing into two back-to-back ICC Men’s Cricket World Cup Finals and then losing them is a lot of pain to overcome. However, losing two finals was somehow not enough to shake their belief and their strength. It would be criminal for Kane Williamson to not deserve this win; after whatever he and his team have been through.

The critics said that this test would be the test of captaincy and Kane Williamson won the debate outright. Although the 3-match test series against England bettered the odds of New Zealand’s winning; that would be no excuse to discredit this man’s decision-making.

New Zealand declared war on the Indian team with a gleeful smile; announcing their playing eleven which did not have a spinner. A team that picked five fast bowlers going into the most important test match of the year, was heavily criticized. However, that was what New Zealand needed, five fast bowlers. Tim Southee, Trent Boult, and Kylie Jamieson made it impossible for India to deal with their deliveries swinging inside and out. The rain factor made it a paradise for the seamers to get a swing on their deliveries.

The batting lineup had very little to do as the bowlers bundled India on both occasions as early as possible. The fast elimination of threats on the pitch by the bowlers made it impossible for Indian batsmen to settle in and make runs.

The Indian cricket team has previously lost the majority of their maiden matches in a series. Coming from behind and winning the trophy has been their style of play for quite a while. Kohli and his company should have shown much more determination and strength; going into a one-off test match and playing against the best test team in the world.