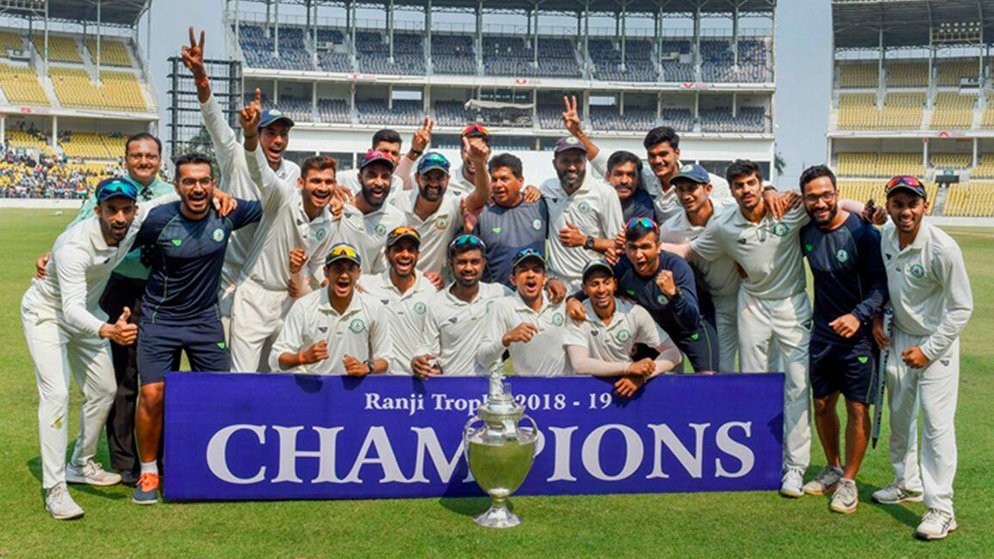 The Board for Control of Cricket in India (BCCI) has decided to conduct India’s premier domestic tournament, the Ranji Trophy, in two separate segments. The current surge in Covid-19 cases in the country has forced the governing board to postpone the tournament from its previously scheduled commencement date of January 13.

The board has not finalized the competition dates yet but has said in an official statement that the first of the two segments would be played sometime in February and March. This first set of games would consist of league games. Consequently, the teams that finish in the top half of the chart would go on to play in the knockout rounds. The second part of the tournament would be played out in June, as per the BCCI statement.

The BCCI had earlier set the starting date for the Ranji tournament on January 13. However, as the nation began grappling with the s new strain of the novel coronavirus from late 2021, it became doubtful that the historic tournament would go ahead as planned. In a meeting held last week at the BCCI headquarters in Mumbai, one of the main agendas of the day was the situation with the Ranji Trophy. By the end of the meeting, it was decided that the best possible way to allow the tournament to run its course would be to break it up into two parts.

In an interview with media personnel on Friday, BCCI Secretary Mr. Jay Shah talked about this latest development in detail. He said, “The board has decided to conduct the Ranji Trophy this season in two phases. In the first phase, we plan to complete all the league stage matches while the knockouts will be held in June.”

BCCI Determined To Protect The Prestige Of The Ranji Trophy

The Ranji Trophy has been the mainstay of Indian cricket since 1934. From its outset in the 1934-35 season, some of the most prominent stalwarts of Indian cricket have graced this prestigious tournament. Talk about Vijay Hazare or Sunil Gavaskar; these greats have made outstanding contributions to this cup competition. Present BCCI President and former captain of the Indian team, Mr. Sourav Ganguly, was part of the Bengal team that had won the trophy in 1990.

Taking note of the legacy of this historic tournament, the BCCI is clear on its stand about making sure that the Ranji Trophy goes ahead without any roadblocks. Secretary Shah, while speaking to the media, highlighted; “My team is working closely to mitigate any kind of health risk caused by the pandemic, while at the same time ensuring a highly competitive red-ball cricket contest. The Ranji Trophy is our most prestigious domestic competition; which has been providing Indian cricket with an enviable talent pool every year. It is absolutely important that we take all necessary steps to safeguard the interest of this premier event.”

As news about the changing of Ranji Trophy dates became widespread, several voices from the cricket circles of the country began pouring their support for the tournament. One of the most powerful messages posted on social media came from former Team India head coach Ravi Shastri. In his tweet, Shastri expressed his support for the competition by saying, “The Ranji Trophy is the backbone of Indian cricket. The moment you start ignoring it, our cricket will be SPINELESS!”

During his interaction with the media professionals; Secretary Shah added that although the Covis-19 recovery rate in India has been promising in recent weeks; the governing council is still not convinced that this is the right time to give the green signal to the tournament. The dependency on biosecure bubbles of the players and the coaching staff would continue for the time being to “mitigate any risks,” Mr. Shah concluded.