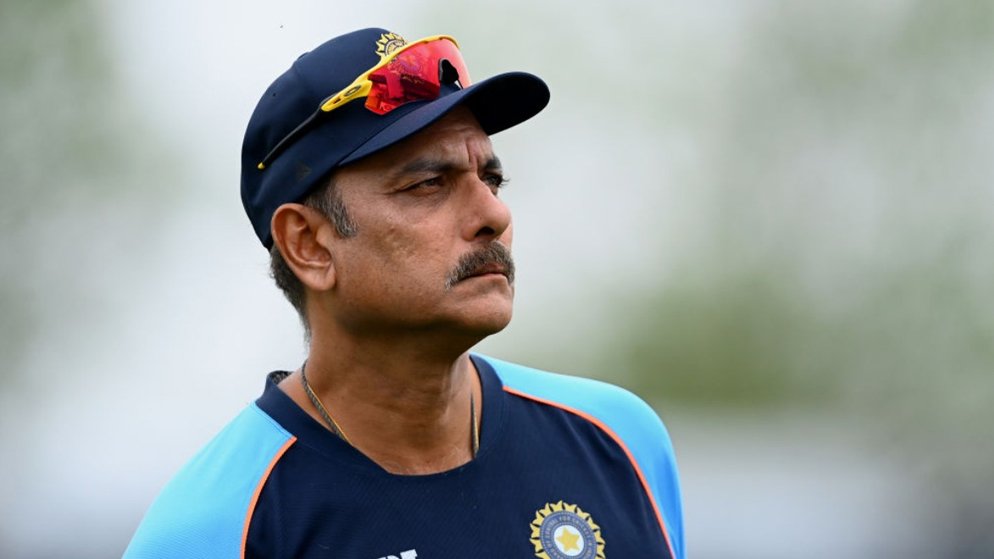 Sports has been resuming across the world despite the pandemic but the virus has been affecting players and sports officials in various capacities. An Indian player had already tested positive earlier in the England tour of India but has recovered. The most news of COVID-19 infections that has rattled the Indian team in England is that of the Indian coach Ravi Shastri. Along with him, three other members of the support staff of the Indian team have also been put in isolation. They are physiotherapist Nitin Patel, fielding coach R Sridhar and bowling coach Bharath Arun.

A press release by the Board of Control for Cricket in India (BCCI) has confirmed the same. The news presumably has been a dampener for the Indian players, who are known to be sharing extremely good relations with the coaches. The fourth test between India and England is currently going on and this has not affected it in any way. Let us have a look at the details of this particular announcement.

Both the Indian and the English teams have been living in bio-bubbles to prevent the spread of the virus. The bio-bubbles force the players to avoid contact with each other and make them adhere to a strict set of rules. However, infections have been spreading despite these arrangements. Living in bio-bubbles is often difficult too, and players including Virat Kohli have flagged how such measures take a toll on the mental health of the players who are forced to live in isolation from each other.

The news of the COVID-19 infection was confirmed in a press release of the BCCI today. Ravi Shastri had tested positive in a lateral flow test that was conducted recently. On testing positive, he was isolated. The three other members of the coaching staff who were in close contact with Shastri have also been isolated to prevent the spread of the infection. The statement read, “the BCCI Medical Team has isolated Mr Ravi Shastri, Head Coach, Mr B. Arun, Bowling Coach, Mr R. Sridhar, Fielding Coach, and Mr Nitin Patel, Physiotherapist as a precautionary measure after Mr Shastri’s lateral flow test returned positive last evening.

The remaining members of the Team India contingent underwent two Lateral Flow Tests – one last night and another this morning. The members upon returning negative COVID reports were allowed to proceed for Day 4 of the ongoing fourth Test at The Oval.”  The statement further stated that the concerned team officials, “have undergone RT-PCR testing and shall remain in the team hotel and not travel with Team India until confirmation from the medical team”. These were the last updates that were available about the situation. Recent news regarding this is still awaited.

The Match So Far

The test match that is being played between India and England has concluded its fourth day of play. The match has been quite an exciting one so far. India batted first, but were unable to score much and were bowled out at 191. Again, the Indian top and middle order could not do much. Kohli scored a decent 50 off 96 balls but the rest of the middle and top order could not cross 20. It was Shardul Thakur who scored a brilliant 57 off 36 balls, which was studded 7 fours and 3 sixes.

All the English bowlers were quiet, and Chris Woakes, who was added to the squad after a long time; picked up 4 wickets for 55 runs. England, too, did not put up a very good performance. They added 291, buoyed by the performances of Ollie Pope, who scored 81 off 159 balls, and Chris Woakes; who added 50 for 60 balls. They were aided by Dawid Malan (31), Jonny Bairstow (37), and Moeen Ali (35). Umesh Yadav was the best among the Indian bowlers, having picked up 3 wickets for 76 runs.

India put up a brilliant batting performance in the third innings, led by Rohit Sharma; who scored a brilliant 127 off 256 balls. This is his first overseas century. Cheteshwar Pujara (61), Shardul Thakur (60), Rishabh Pant (50), KL Rahul (46), and Virat Kohli (44) also played well to drive India to a massive total of 466. Batting in the fourth innings, England thus had a target of 368 runs to win the match. England has played well till the end of the fourth day. Its openers – Haseeb Hameed and Rory Burns have not gotten out till now; and have added 77 runs for the first wicket. So far thus, England is well-placed in the run chase. If its middle order can step up to the challenge, then this match will certainly be won by the hosts. However, the prediction is more towards a draw.

Hopefully, the tour will continue without any interruptions of the pandemic. Here is to wishing Ravi Shastri a speedy recovery.