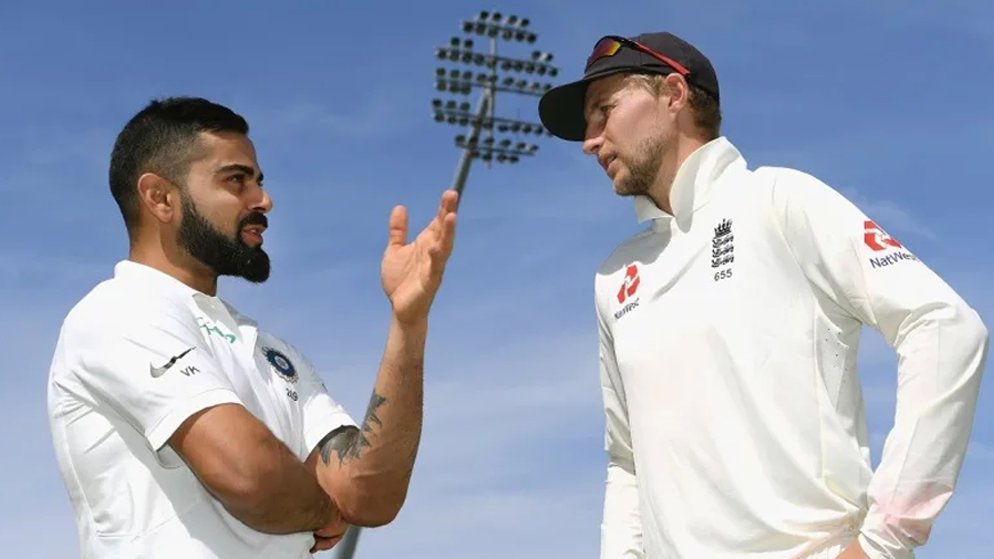 After a disappointing end to the ICC Men’s World Test Championship, India will look forward to coming out of the cave and confuting all the critics. The Blue Army has kept hold of the top spot in ICC Test rankings for the past 5 years and has very recently descended to the second spot. The upcoming test series against England in August will be a crucial one and at the same time will also mark the start of the second installment of the World Test Championship. England locked horns with India previously during February and March when the English side toured India for more than a month. The two teams played in all three formats. Although it became increasingly challenging for England, they were able to put up a good fight.

India tour of England commences from 4th August and will continue till 14th September. A month-long stay for the Indian cricket team in England will test their patience and character through and through. A five-match test series will be played between these fierce rivals, and a win for India will see them climb up to the first position again.

The five-match Test series has all its formalities and venues fixed.

Trent Bridge, Lord’s, Headingley Carnegie, The Oval, Old Trafford Cricket Ground are the five venues where the five test matches will be played between both sides.

The Pataudi Trophy between England and India will see the start of the second cycle of the ICC Men’s World Test Championship. The previous cycle was played between 2019 to 2021, this time the second cycle begins from August 2021 to June 2023. Other than the Pataudi Trophy, the second cycle will also comprise the Ashes to be played in December. India will look forward to bringing the same vigor and strength with which they defeated England in their home ground. The pitch conditions and weather in England will not be very favorable for the Indian cricket team, but they will surely soak in a lot from their bitter experience in Southampton.

Just like the previous ICC Men’s World Test Championship cycle, each of the 9 international teams will play a total of 6 test series. The Ashes and Pataudi Trophy are the two only 5-match Test series that will be played. Australia Tour of India, in 2022 will again be the only 4-match test series played in the second cycle of ICC Men’s World Test Championship. The rest 17 series will all comprise two tests. A tentative schedule for the series between these 9 international sides has not been decided yet. The venue of the final also remains unresolved.

The giants of the game, India, England, and Australia will be the only ones to play the big-ticket series. The rest will only feature in test series having two or three matches in total.

Amongst the nine international teams, England will be playing the most number of matches(22), followed by India(19), Australia(18), and South Africa(15). New Zealand, the winners of the inaugural ICC Men’s World Test Championship, will only play 13 test matches along with Pakistan, Sri Lanka, West Indies. Bangladesh gets to play a test less than the rest(12).

The new cycle of the ICC Men’s World Test Championship will see some changes in its points system. A team upon winning a match will earn 12 points, a draw will fetch them 4 points and a tie will get both the teams 6 points each. This point system has been adopted keeping in mind the discrepancy of matches. The nine teams do not get to play an equal number of games in the tournament, hence an effort has been made for the teams to get a bit of fairness while distributing points. However, this system of awarding points has been proposed and is still in its preliminary stages and yet to be made final. An ICC committee will be drawn and the next chief executives’ committee meeting will see this system ratified.

The Indian cricket team has already arrived in England in June with their entire first-team squad and intends to go full throttle into the match. The Pataudi Trophy will be a treat to watch for fans of both teams as it brings along with it an age-old rivalry and bitter-sweet memories.