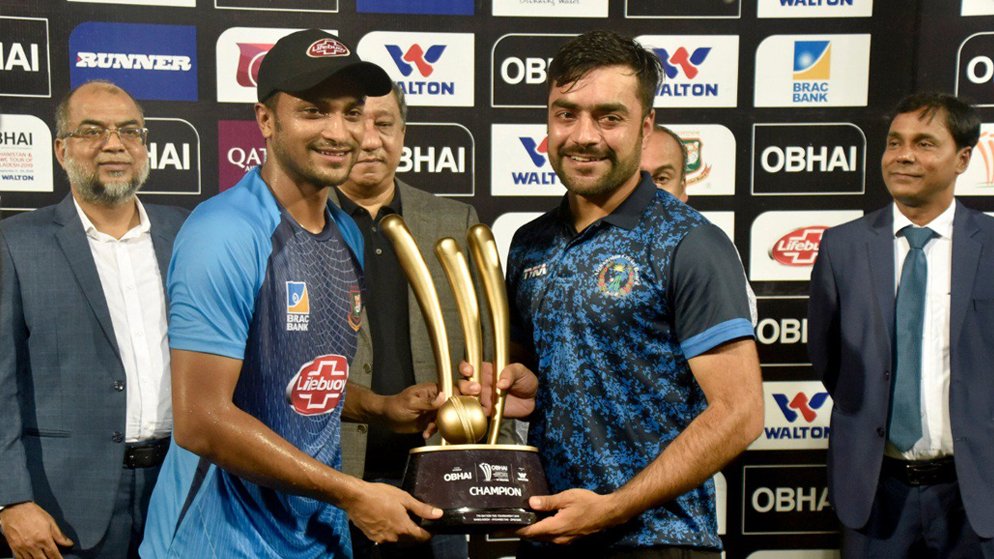 The Bangladesh Cricket Board (BCB) has announced a 15-member squad for the upcoming One Day International series against Asian rivals Afghanistan. The first clash between the sub-continental countries will take place on Wednesday, February 23, 2022.

The Bangladesh board has made an interesting decision by adding four new players to the ODI squad. These four players- Nasum Ahmed, Ebadot Hossain, Mahmudul Hasan Joy, and Yasir Ali, have all represented Bangladesh wearing national side jerseys in either Tests or T20 Internationals. Out of the four fresh additions, Mahmudul Hasan Joy, Ebadot Hossain, and Yasir Ali have played for Bangladesh in Test matches. On the other hand, Nasum Ahmed has represented the country in the T20 format. Their novel performances in the other formats of the game have urged the national selectors to give them a shot on the ODI side.

BCB Chief Selector Mr. Minhajul Abedin, while speaking to the media representatives, spoke highly of all the four new players in the ODI squad. Mr. Abedin said, “Ebadot is a Test bowler but he has been impressive with the white ball recently. He has worked hard on his control, which is why we have considered him. About Mahmudul Hasan Joy, the chief selector had this to say- “Joy played a tremendous inning in the Test match (against New Zealand), so we are expecting something from him in the ODIs. We are confident that he can fit into the middle order. He is dependable. He can play for a long time if he plays with confidence.”

On being asked about Nasum Ahmed and Yasir Ali, Mr. Abedin added, “Nasum has shown consistency in T20Is and domestic cricket. Shanto is a regular Test player which gives us the confidence that he will do well.”

In a move that many observers are finding surprising, some of the Bangladeshi ODI cricketers who were part of the ODI squad that competed against Zimbabwe back in July 2021, are missing from the current list. Seasoned ODI players Mohammad Naim, Mossadek Hossain, Mohammad Mithun, Nurul Hasan, Taijul Islam, Rubel Hossain, and Mohammad Saifuddin- all who have played ODIs for the Bangladesh national team, have been excluded from the Afghanistan series.

It was natural that the Bangladesh Chief Selector of cricket, Mr. Abedin, would have to face questions regarding the surprise exclusion of some key ODI players from the latest squad. On being asked about the move, Mr. Abedin said that the call to remove Mohammad Naim from the upcoming series was due to the fact that Naim needed a much-needed break from international duty because of his recent dip in form. The selectors hope that Naim would make the most of this break and find his rhythm, and return stronger. Mr. Abedin added, “When a player doesn’t have a form for a considerable amount of time, it puts him into depression. I felt that we should give him time to overcome this, and come back fresh. He remains in our sights. He will be in our pool. I am sure he will join the team shortly.”

The cricket board of Afghanistan, too, has declared their list of players who would be traveling to Bangladesh to compete in the ODI series. The 16-man squad that the Afghan cricket board has announced has Hashmat Shahidi as the skipper.

The ODI series between hosts Bangladesh and visitors Afghanistan will be a 3-match series and is a constituent of the ICC Men’s Cricket World Cup Super League. All 3 ODI matches will be contested in the city of Chattogram in south-east Bangladesh; commencing on February 23 and ending on February 28. As it stands now; Afghanistan sits uncomfortably in the sixth position, while Bangladesh is enjoying its time up in the second spot.

With both Bangladesh and Afghanistan naming strong-looking ODI sides for their upcoming series, it looks that the outcome of the ODI series will impact the T20 series that will follow it is a great way.