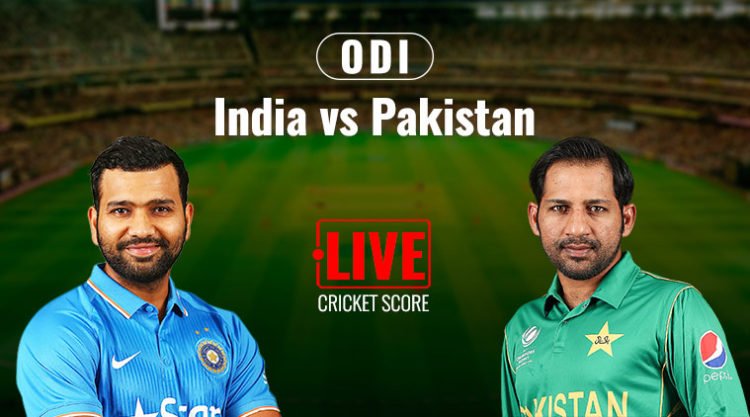 The India-Pakistan rivalry is old, and the sub-plots are always fascinating. The two teams are coming up against each other in the UAE – the neutral venue where they have played the most against each other – after a period of 12 long years.

Since the start of the decade, India have had a 7-4 win-loss equation against Pakistan in ODIs. Since the bilateral series of 2012, the two teams have only met at multi-team events where the overbearing pre-match narrative has been about whether Pakistan can break that hoodoo. One of those two wins came in the Asia Cup, but the inability to beat India in ICC events was still held against them. Until Champions Trophy 2017, of course. Now the scales have been tipped, the pressure has shifted, further adding to a fantastic rivalry that has sporadic renewals.

Hong Kong have also given Pakistan a few reasons to cherish. The Indian middle-order is still unconvincing, Bhuvneshwar Kumar went wicketless and for the majority of the Hong Kong chase, it appeared like they’d pull off an upset against India. They eventually didn’t, but a thoroughly tested India might just be there for the taking.

The result of this game of course, will have no bearing on what happens ahead, to the extent that India will remain A1 in the seedings and play their Super Four fixtures in Dubai. But there’s more to this match than the result. This will be just the first meeting – one sure to whet the appetite of the rivalry-famished fans – before the possibility of two more rendezvous, if they both end up in the final.

So, can the cricketing rarity that is an India-Pakistan One-Day International be inconsequential? Only technically, yes.

What to expect: It’s the sort of fixture that even sapping Dubai heat won’t have a bearing on. A packed house, braving the weather, is expected to grace the stadium. All the pitches used in the tournament so far have been slow, and Wednesday’s is going to be no exception.

India have a big overnight decision to make. Jasprit Bumrah has to return for the Pakistan clash, but it would be cruel on Khaleel Ahmed, if it is at his expense. Shardul Thakur had an ordinary evening, and should make way.

The next big call is in the top-order. The bench has Hardik Pandya and KL Rahul waiting to get in, but with Ambati Rayudu performing well and Kedar Jadhav doubling up as the sixth bowling option, only one player can be relegated to the bench – Dinesh Karthik. KL Rahul coming in would mean he either bats at 4 or takes No.3 and Rayudu moves a spot down.

If Pandya is indeed a player they cannot do without – which is likely to be the case – then Khaleel will have to be benched.

Mohammad Amir has three wickets in eight ODIs in 2018 but Sarfraz Ahmed came to his strike pacer’s defence in a press conference, even going to the extent of citing the example of Mohammed Shami, who he felt bowled well in the Tests in England but didn’t have too many wickets to show for the effort.

There’s logic in giving the left-armer a rest, considering they have enough similar fast bowlers to trouble the Indian batsmen and the fact that they’ve already made it to the Super Four stage.

“People say this is Pakistan’s home ground and you can say that, but I believe the conditions here are even for every team. The weather here is like it is in India, Sri Lanka and Bangladesh. Pitches are also similarly slow. So it isn’t really home ground for anyone. It is an even ground for all.” – Pakistan captain Sarfraz Ahmed on whether his team enjoy home advantage.