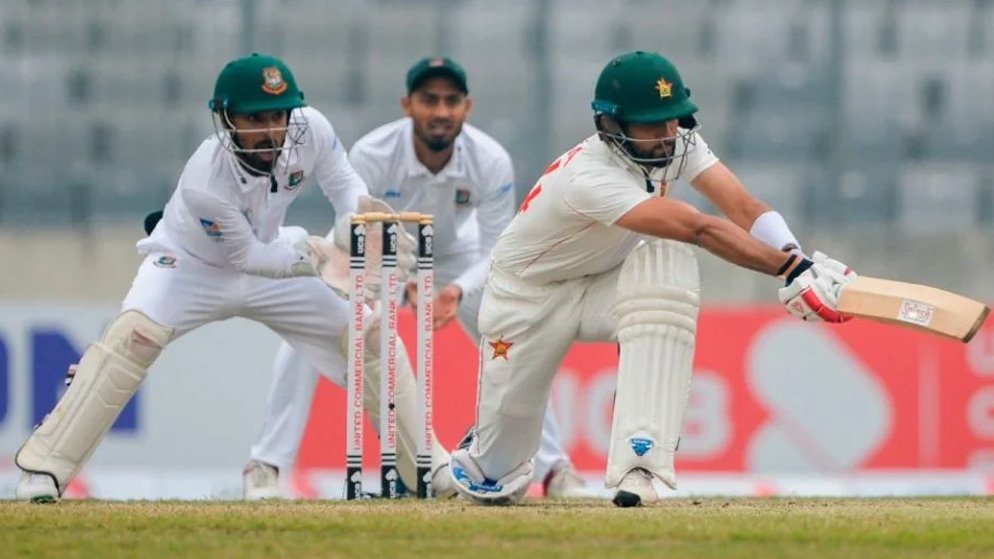 Zimbabwe and Bangladesh will go head-to-head in a One-off Test Match which will be played in Bulawayo. They will be playing a single Test match post which they will clash their horns for a couple of One-Day Internationals.

This One-off Test match will mark the inauguration of the Bangladesh tour of Zimbabwe. The Queens Sports Club, Bulawayo, will be hosting the Test which will stretch from 7th to 11th July. The last test hosted on this ground was in 2017 when Zimbabwe faced West Indies. The ground also home to Matabeleland has not hosted a test match since then and subsequently has not been a ground that has seen a lot of test cricket over the years. It is expected that the batting side of both teams will not face a lot of problems as the bowlers have very little to do on this pitch. The initial hours of play might be the key time when the bowlers get to create problems for the batsmen but the wicket will assist the batsmen throughout five days.

The word success might not be something that a person would want to describe the Zimbabwean National Cricket Team with. The Chevrons have been one of the worst sides in the recent months if not a year. Their last win came off against Singapore in a Tri-Nation series in October 2019. Since then Zimbabwe has failed to win a single ICC international tournament.

To look like a threat on the pitch in their own country will sadly be one of the hardest things to do for the Zimbabwean cricketers. The lack of international cricket followed by their constant dip in form will be a hard barrier to overcome and come out strong on the pitch.

Sean Williams, the Zimbabwean skipper is someone worth mentioning. The left-handed batting all-rounder is one of the few Zimbabwean players whose skills exude hope for the team. Williams has scored an impressive 1034 runs in his last 14 test matches and has also picked 21 wickets. Zimbabwe played their last test match against Pakistan, ending up on the losing side 2-0. Regis Chakabva was the highest run-getter for Zimbabwe, and Blessing Muzarabani was the highest wicket-taker.

Bangladesh’s run in its recent international limited-over format has been very impressive. However, their performances in Test cricket are not something worth mentioning. Bangladesh played their last Test match against Sri Lanka, where they also ended up on the losing side. Despite the home advantage, Bangladesh was not able to pick up a win. Tamim Iqbal and Taijul Islam shone for them, becoming the highest run-getter and wicket-taker respectively. Prior to this, the Bangladesh tour of New Zealand would mark the last away test series Bangladesh participated in. New Zealand ended up whitewashing the Bangladesh cricket team and winning all three matches in the series.

This tour would be the wake-up call for Bangladesh who has not been able to grab a win playing overseas Test cricket.

Abu Zayed will have the spotlight on him after becoming the second Bangladeshi pace bowler to grab 20 wickets. His performance against Pakistan earned him praise for his ability to swing the ball- both old and new. With Shakib Al Hasan earning a name in the squad, it will bolster their confidence and also find a nice balance in the team. The all-rounder has been the most effective and impressive player for Bangladesh in recent years. The team will heavily rely on his experience and decision-making abilities.

The two sides clashed previously in February 2020, in Mirpur, Dhaka, in a One-off test match in which Bangladesh won by an innings and 106 runs. Bangladesh has been the superior side when it comes head-to-head with Zimbabwe in the limited-overs format. However, the test records would call both teams equal competitors. In a total of 17 test matches played between the two sides, Bangladesh and Zimbabwe share an equal win of 7 matches while the rest 3 have ended up in a draw.

This One-off test match in Bulawayo would break the margin and give an edge to one of the two sides. The odds would suggest Bangladesh would be favorites to win the game, but this could be a moment for the Zimbabwe side to turn around and get their much-awaited victory.