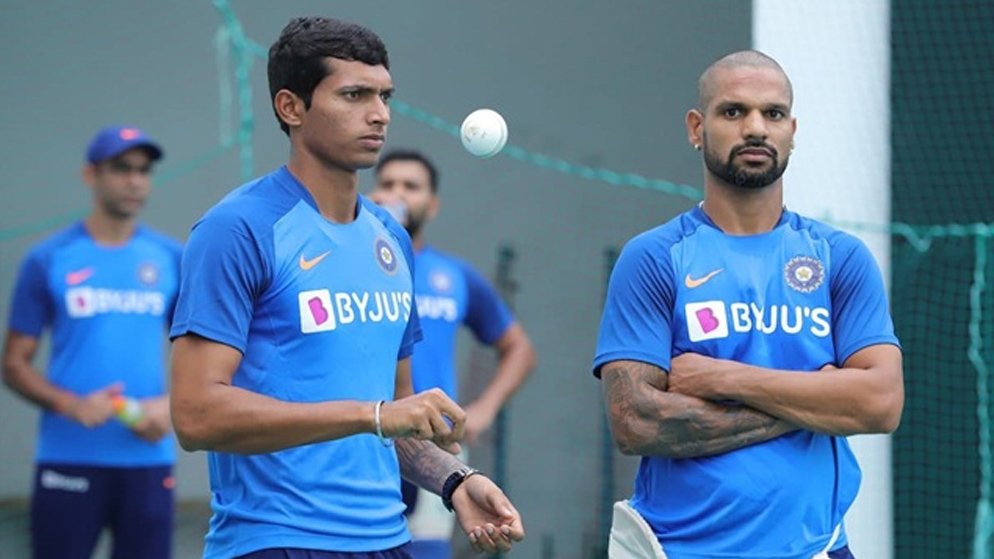 The Board of Control for Cricket in India (BCCI) has announced the ODI squad that will take on South Africa in the upcoming 3-match ODI series, starting January 19 at Paarl. The BCCI team of selectors, chaired by the chief selector and ex-India player Chetan Sharma, has included fresh new talents to India’s roster.

Fresh Additions To Talented Squad Made By The BCCI

In a blow to India’s hopes to win the tough ODI series against the South Africans later this month, mystery spinner Washington Sundar was declared unavailable for selection on Wednesday, January 12, due to him testing positive for Covid-19. As a result of this, Sundar would be out of the scene for at two weeks. The BCCI has brought in Sundar’s replacement in the form of Jayant Yadav, who has played for the national side before.

Along with Yadav, the BCCI also picked Navdeep Saini as a back-up to the injured Mohammad Siraj. For those who are not aware, Mohammad Siraj has picked up an injury in his hamstring while playing in the ongoing Test series in South Africa. He played the first couple of Test matches against the Proteas but was unfortunate to pick up the hamstring in the second Test in Johannesburg. Saini has already debuted for India and would want to make the most of this rare opportunity. In case Siraj does not overcome his injury on time, Navdeep Saini would be most likely see plying his trade against a resurgent South African side.

The BCCI, while interacting with the media after the team selection news was made public, talked about the issues at hand at length and remarked- “Team India off-spinner Washington Sundar has been ruled out of the forthcoming ODI series against South Africa after testing positive for Covid-19 during the camp in Bengaluru.”

The BCCI spokesperson further added, “Sundar was supposed to travel to Cape Town with the ODI members on Wednesday and join the rest of the squad ahead of the ODI series starting January 19th.”

On being asked whether he would be sent to South Africa at a later stage, the BCCI replied that it is very unlikely that he would recover by January 18 to be able to secure a negative result in the Covid-19 test.

After a lot of controversy surrounding the fate of Virat Kohli on the Indian ODI side, it has been revealed that Kohli will not be seen donning the cap of the skipper in the shorter format of the game anytime soon. Although the decision to remove Virat Kohli as captain of the Indian ODI team was made last month, doubts remained about the timing of the decision seen as Rohit Sharma was ruled out for more than a month around the same time the call to change the ODI captaincy was made. It was believed by a large number of cricket analysts that the unavailability of  Rohit Sharma in the South African ODI series would make the BCCI selectors look toward Virat Kohli yet again. However, that has not been the case.

In the upcoming ODI series between India and South Africa, Indian cricket fans would find a new leadership pair taking the team out on the ground. The BCCI has made KL Rahul the stand-in skipper for the series, putting the charge of vice-captaincy on the shoulders of star bowler Jasprit Bumrah. It would be interesting as well as unnerving for the fans to see a completely new combination taken on the South Africans in their territory.

India Vs South Africa ODI Series To Begin On January 19

Right after the Indian and South African sides complete their Test obligations, they would be pitched against each other yet again in a 3-match ODI series. The first ODI match of the forthcoming series would be played in Paarl on January 19. The two sides would remain at the same venue to compete in the second match; scheduled to be played on January 21. Finally, Team India and the Proteas would head to Cape Town to play in the third and final ODI match of the series.