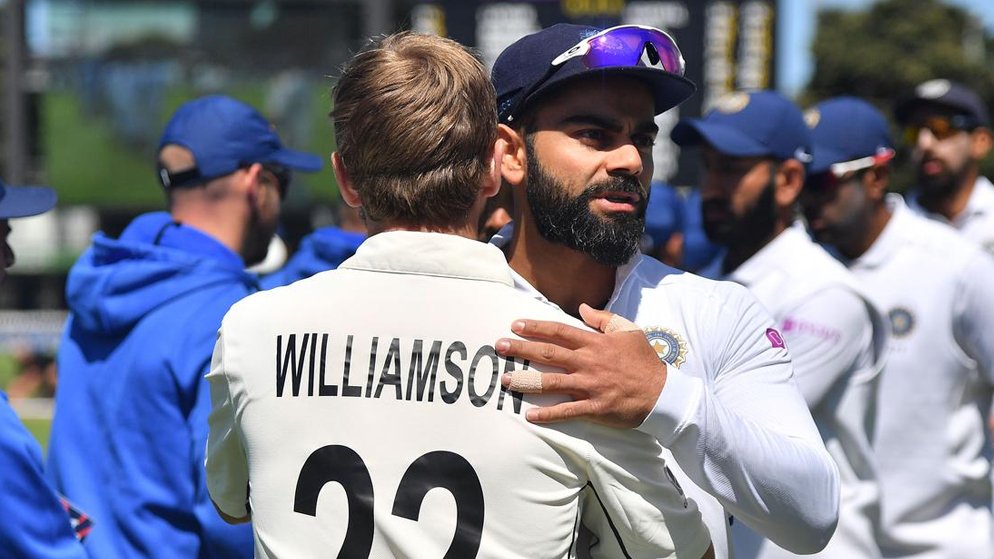 The ICC World Test Championship final is set to roll out on the 18th of June in Southampton, England. The tournament stretched from 1st August 2019 to 3rd May 2021, taking account of all the test matches played during this time a points table was formed. India emerged out as the best test team amongst all the other 9 teams. New Zealand sealed the second spot for themselves, just behind India, and now the two teams must lock horns against each other to come to a conclusive end to this championship and help decide who is the better between the two.

On the 18th of June, the lovers of this beautiful sport will witness India going up against the Kiwis at the Rose Bowl Stadium in Southampton, England. This much awaited final comes after an extended period of struggle of both the teams. However, New Zealand’s place in the final looked highly probable after Australia’s tour of South Africa got postponed indefinitely. England on the other hand blew their chances of being in the final after they were handed heavy losses in their England’s tour of India test series. India on the other hand has had to wait quite a while to exhibit its Test supremacy to the world. Their triumph in the test series against Australia speaks a lot about them being at the top.

India has a points percentage of 72.2, the best among all the other 9 contenders on the list.

India’s powerful comeback at the Gabba made sure that all the Australian players found themselves short footed going against them.

A Test Of Captaincy?

Mike Hesson, the former New Zealand head coach and the present director of cricket operations of Bangalore believes that the World Test Championship will be a Test of Captaincy. Hesson’s statement stands unarguably correct. As much as this Test Championship might prove who is the better Test team amongst the two, it will also prove whose decision making skills are more reliable and whether it can win them big matches.

Virat Kohli and Kane Williamson’s presence of mind will stand the test of time, and for five days the world will be criticizing and applauding every single decision they take on the pitch. In these five days the captain who runs the show successfully will be the better of the two. Given the fact that the winner will be decided over a single test match makes it even more difficult. Virat Kohli’s India has not been quite impressive while winning the maiden game of a multiple-match test series. In both India’s tour of Australia and England’s tour of India, India have been the less impressive and less dangerous side when it comes to winning the first test match of the series.

The blue army has always been better at coming from behind and winning the series. This time a comeback will be highly unlikely as the decider will only last a single match. Kohli needs to have better and more reliable tricks up his sleeve this time if they want to remain the best team on the pitch.

Kane Williamson’s New Zealand might have an edge over India as they are already playing against England and are already accustomed to the playing and weather conditions of the country. However, the Test records of New Zealand against India are not quite in the favour of the Kiwis. This World Test Championship Final will be the 60th time these two sides clash in a test match, and also the most important one. Out of the previous 59 games India leads the scorecard by 21 test wins and the Kiwis have a long way to get ahead with only 12 wins in hand. The remaining 26 matches were drawn between them. As much as spin bowlers will play a big part in Southampton, the former New Zealand fast bowler Sir Richard Hadlee holds the record of the highest dismissals against India in Tests.

The captains, Virat Kohli and Kane Williamson have been quite a powerhouse in world cricket with their respective batting skills as well as their decision making prowess. The Indian captain has scored a staggering 3228 runs on a winning cause with a batting average of 62.81. The leader of the Blackcaps on the other hand has amassed 2210 runs with a better batting average of 78.92 in such occasions.

The first edition of this tournament will come to an end on 18th of June. It will have cricket fans all over the world glued to their television sets to witness who is the better of the two.