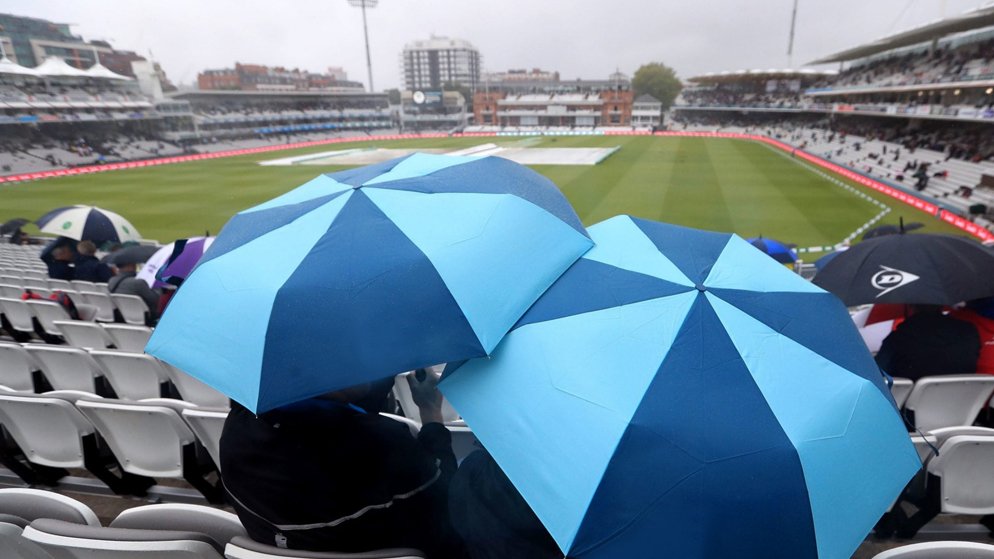 The much-awaited final of the inaugural edition of the prestigious World Test Championship is set to be held on the 18th of June, 2021 at the Rose Bowl in Southampton in England. The two teams that have qualified to the final of the Test Championship are India and New Zealand. However, the final match can be disrupted given the weather predictions. The match can be interrupted due to bouts of rain in the course of its five days.

All the credible sources have predicted rainy weather on these five days, and this can have major ramifications. Fans are likely to be very disappointed if the play is affected by the rains. The ICC World Test Championship has been delayed multiple times from 2013, and such a historic moment for test cricket would surely be a cause of celebration for cricket fans across the world. Test cricket has been said to be ailing for a long time and tournaments like these can certainly infuse life into it. Let us have a look at the details of this weather prediction and its possible ramifications.

Importance of the match

As stated earlier, this is a very important match for test cricket. The two teams that have qualified to the finals – India and New Zealand are now noticing a lot of buzz regarding the possible results of the match. Various people have speculated the results of the match. Some cricket experts have claimed that the scales are tilted in favour of New Zealand, as the conditions of England are similar to those back home. New Zealand has had a lot of practise before the match as they have played two test matches against England recently and clinched the series.

On the other hand, India has also been predicted as frontrunners because of their recent record. They have defeated Australia overseas last January and have then defeated England at home. The team is also young and is predicted to have a lot of power. Both the teams boast of internationally acclaimed players, including Virat Kohli and Kane Williamson. Therefore, this is going to be a very interesting match in terms of competition as well. We have two of the best teams of test cricket in the final of the historic first edition of the test championship.

England is known for its unpredictable weather and there are seldom matches held in summer which do not get interrupted by rain there. The very first day of the match, June 18, is predicted to have cloudy weather with thunderstorms and showers. Day 2, June 19, might see a better climate as there is minimal probability of thunderstorms. The day will be windy though, and thus will favour the fast bowlers.

The next day, June 20, however, might see a lot of thunderstorms and showers. There is a chance of a washout due to rain as well. Day 4, on the other hand, seems to be better placed in terms of play. There is no forecast of a thunderstorm and it can be presumed that play will be resumed and continued as per the normal plans on this day. There might be dark clouds and some wind, however. Even if there are no rains, gusts of wind might pose a significant challenge to play. That is yet another concern that has been bothering the players and the officials.

The fifth final day, June 22, might see some thunderstorms and showers. There is a chance that rains might wash away a part of the game on this day but play will largely continue. There is however the question of whether play can finish at all on the fifth day if there are interruptions on the previous days. Therefore, the ICC has kept a reserve day on the 23rd of June. This has been done to make up for the hours lost due to the weather conditions on the previous days. The weather is also predicted to be partly sunny, thankfully.

Effect of weather on squads

The weather might have an effect on the final playing XIs of both teams. If the weather is dry and sunny, India can think of accommodating spinners like Ravichandran Ashwin and Washington Sundar. But given the weather, it will have to go with the likes of pacemen Jasprit Bumrah, Mohammad Shami; Ishant Sharma, and Mohammed Siraj. On the other hand; New Zealand would prefer swing bowlers like Trent Boult and Tim Southee over Neil Wagner and Kyle Jamieson given the overcast conditions.

This is one of the most historic events of test cricket. It is hoped that play can be held with minimum interference from the weather throughout the match.