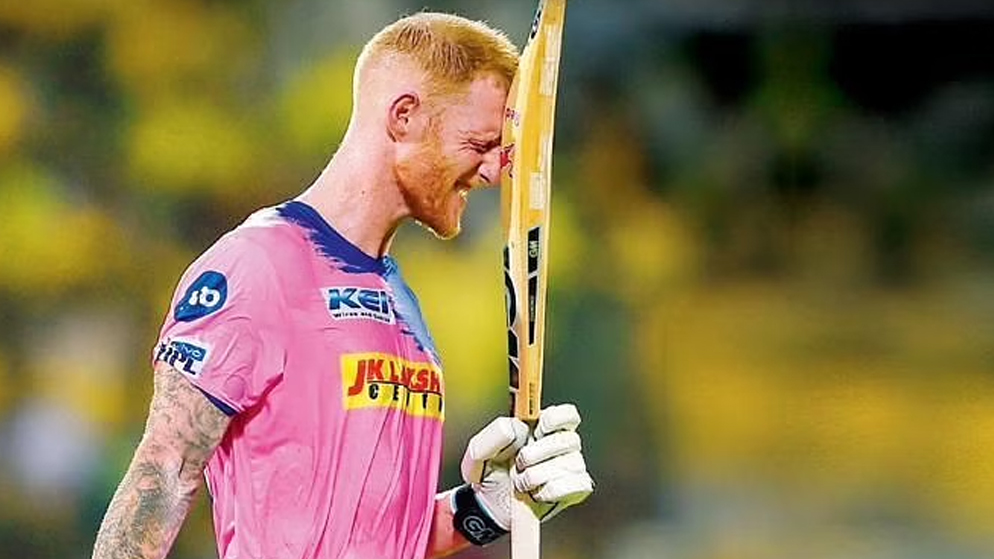 Next month’s IPL auction may be small, but there will be stars for sure. A group of star players are expected to sign up for the event on December 16 and the biggest of them all could well be Ben Stokes, one of the best all-around players in the game right now.

The biggest buzz at the IPL is the apparent interest from Stokes, who had made the jump to the mega auction earlier this year. He seems interested in joining the IPL next year, even though the Ashes series immediately follows the T20 competition in the summer of 2023.

The Ashes kicks off on June 16, and the IPL is likely to end in late May or early June. The availability of the English and Australian players has been a major point of discussion among the IPL franchises. Stokes is the captain of the English test team that will aim to take the Ashes trophy from Australia. Stokes and a spokesman for the England Wales and Cricket Board (ECB) did not respond to messages from Cricbuzz.

Sam Curran and Cameron Green could be included

Leaving aside the availability factor, the auction will likely have a few more big names, Sam Curran and Cameron Green, to name a. It is believed that all-rounders from England and Australia are eager to be part of the competition, the world’s largest T20 show. Both are currently playing in the T20 World Cup in Australia. Curran was unable to attend the previous auction due to an injury.

With big names up for sale, franchisees are strategizing a salary cap surplus so they can go to auction with maximum resources. It would require them to release some of their expensive players and that could happen before November 15, when franchises are required to notify the Board of Control for Cricket in India (BCCI) of the players they plan to release.

With a new captain (Shikhar Dhawan) and manager (Trevor Bayliss), Punjab Kings could enter the auction with a lot of money. Bayliss is said to be interested in merging Stokes, Green and Curran into two which is why they are believed to be considering releasing Mayank Agarwal (Rs 12 crore), Shahrukh Khan (Rs 9 crore) and Odean Smith (Rs 9 crore).

With a salary increase of Rs 5 crore for this year, they could go to auction with at least Rs 30 crore, possibly the most that can be generated for a mini-auction. That could allow them to walk away with some big players.

According to the report, PBKS is expected to release Mayank Agarwal (Rs 12 crore), Shahrukh Khan (Rs 9 crore) and Odean Smith (Rs 6 crore) and will enter the auction with a huge purse.

Under Agarwal’s captaincy, Punjab Kings endured a dismal IPL campaign in 2022. They finished the league stage in 6th position, having won just 7 of their 14 matches. Mayank also had a terrible time with the bat in the last edition of the IPL, taking only 196 runs in 12 innings at a terrible 16.33 average.

Players like Shahrukh and Smith also failed to live up to expectations and were dropped from the playing XI after a few matches.

The Venue is not defined yet

Meanwhile, the BCCI has yet to determine the location of the auction. Istanbul was initially considered, but it turned out that the auction in Turkey could cause logistical and operational problems, as the BCCI and IPL teams will have to ensure that the coaching staff of the teams, spread around the world, pass through to the European country will have to be provided. It may not be easy per se, but the BCCI is still working on this and a final decision is expected next week.