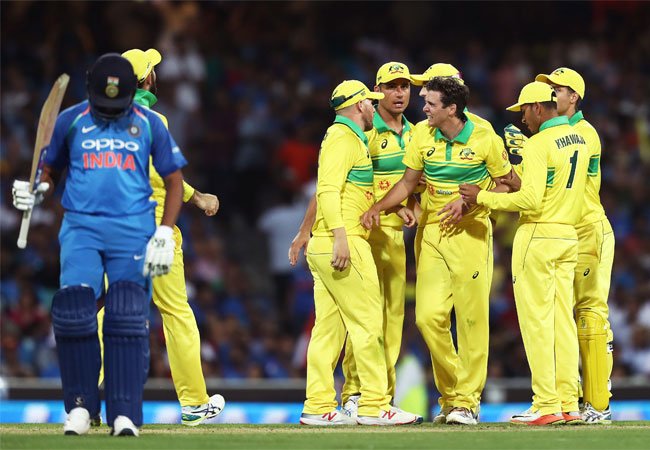 Australia’s Jhye Richardson proved to be lethal as he took four Indian wickets especially that of Indian skipper Virat Kohli.

The 22-year-old’s terrific bowling got India to a halt giving Australia the first ODI win against India.

Richardson born on 20 September 1996 is an emerging fast bowler from Western Australia.He used to say that due to his height (178cm) he was initially discouraged by coaches to become a pacer – a role which is generally associated with taller and weightier cricketers.

Richardson made his one-day debut for Western Australia at the age of 19 in the year 2015-16. He has been a prolific wicket-taker for WA and was named vice-captain of the under-19 squad.In February 2017, he was a surprise selection in Australia’s Twenty20 squad to play Sri Lanka.He made his ODI debut for Australia against England on 19 January 2018

Seeing his performance, he was named in Australia’s One Day International (ODI) squad for their series against England in January 2018.Richardson in First-class cricket has 49 wickets in 11 matches.In List A, he has 32 wickets in 21 games.In T20s, he has taken 34 wickets in 29 matches.

Richardson had a productive BBL season in which he collected 11 wickets. He was awarded the Player of the Match when he ran destroyed Sydney Sixers middle-order taking 3 for 30. He helped Perth Scorchers win the title.

5. India vs Australia: Man of the Match

Australia defeated India by 34 runs and a major contribution to it was by Richardson. He was named as the Man of the match for his four-wicket haul just for 26 runs. He was career-best figures in an ODI, the previous being three wickets for 92 runs.