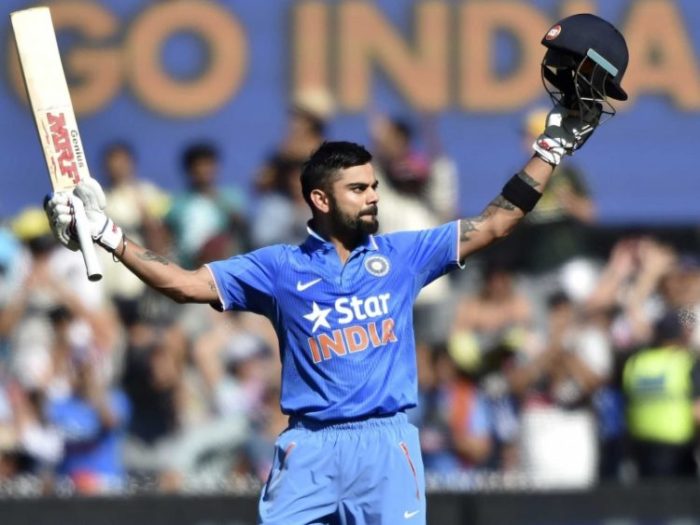 July 18 (CRICKEX) : India skipper Virat Kohli retains his No.1 spot in the International Cricket Council (ICC) ODI player rankings for batsmen, but had a new man just after him with England Test skipper Joe Root vaulting to the No.2 spot at the end of the three-match rubber.

Root struck two centuries — 113 not out in the second game and 100 not out in the third, to average 216 in England’s 2-1 triumph and jump four spots to the No.2 spot in the rankings.

According to an ICC release, Root’s 818 ratings points, however, isn’t the best in his career. The 819 he had after the Brisbane ODI against Australia earlier this year, when he followed up his 91 not out in Melbourne with 46 not, remains his best.

Kohli’s India lost the series, but the captain was in good nick, registering scores of 75, 45 and 71 to total 191 runs at an average of 63.66. That not only helped him hold on to the top spot, but also gave him his career-best rating points: 911.

With Root moving up, other top batsmen had to make way. Pakistan’s Babar Azam moved down one spot to No.3, the out-of-action David Warner slipped two spots to fifth, while Ross Taylor went down one position to No. 6. Rohit Sharma, however, stayed at No.4, with his 137 not out in the first ODI helping his cause.

Rashid, the England leg-spinner, had six wickets in the three games, and the 3/49 in the final fixture took him to a career-high 681 rating points.

There was no movement up the ladder for him, though, as he remained in the eighth spot.

There were no changes in the top five — Jasprit Bumrah, Rashid Khan, Hasan Ali, Trent Boult and Josh Hazlewood — but Kuldeep soared eight spots following his chart-topping nine wickets in the series to get to No.6.

The Indian left-armer ended the series with 684 rating points after having achieved a career-high earlier in the series following returns of 6/25 and 3/68.

Elsewhere, the Zimbabwe versus Pakistan ODI series is still on, but the high performers have started to rise up the table.

The stars for Pakistan in the first two ODIs have been Fakhar Zaman (177 runs) and Imam-ul-Haq (172 runs) with the bat and Usman Shinwari (6 wickets) with the ball.