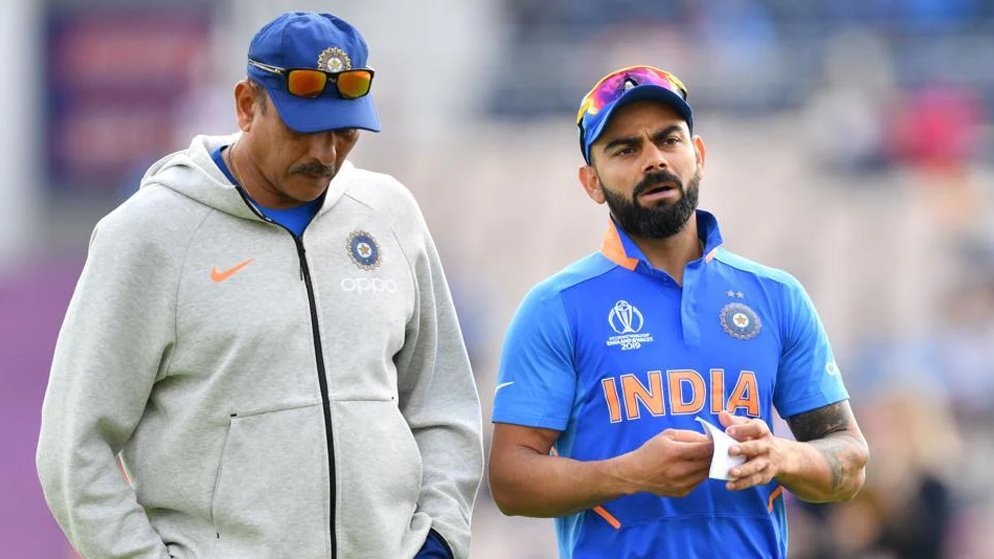 Two of the best Indian cricketers of the current generation, Virat Kohli and Rohit Sharma, are rarely out of the news. This time around, it is former Team India head coach Ravi Shastri who has spoken about the Indian cricket stalwarts during a face-to-face YouTube interview with Pakistan pace legend Shoaib Akhtar. Ravi Shastri has talked about both Virat Kohli and Rohit Sharma at great lengths, comparing the way the two greats of Indian cricket handle each other on and off the field. Shastri has pointed out that the two senior most members of the Indian national cricket side are very different from each other. But he has added that this difference in temperament and attitude has done wonders for Indian cricket in general in the last decade or so.

As has been already mentioned, it was during an interview with Shoaib Akhtar for a YouTube channel show that Ravi Shastri was asked about his views on the two superstar cricketers of India, Kohli, and Sharma. While praising both of them, Shastri spoke about the quality that the two of them bring on the cricket field. Shastri also pointed out that apart from the awesome talent that both Kohli and Sharma display on the ground, they are very unlike each other.

As the entire cricketing world is aware of by now, Virat Kohli is no longer the captain of the Test team. Kohli had announced back in September 2021 that he would step down as the skipper of the T20 side once the ICC T20 World Cup gets over in October. However, under controversial circumstances, the BCCI removed Kohli from the ODI captaincy as well, sometime in November 2021. Kohli remained the skipper for the Test side during the just-concluded Test series versus South Africa. But as soon as the series was over, Kohli declared his intention to leave the Test captaincy role too. So, amid much fanfare and controversy, Kohli’s reign as the undisputed captain of the Indian cricket team across all formats came to an end in January 2022 in South Africa.

Shastri In Awe Of The Quality Of Both Kohli And Sharma

Former India head coach Shastri made it apparent that he was in awe of both the star players when he was their coach in the Indian team. Also, Shastri thinks that whereas Virat Kohli could be termed as a “beast”, Rohit Sharma is more of a “laidback” character. Kohli has been described by Shastri as a passionate, energetic, and highly competitive player on the field. But Shastri added that Kohli is a completely different person when he is away from the cricket ground.

In his own words, Shastri has said, “Virat Kohli is like a beast on the field. He is a terrier. Once he enters the ground, he wants to compete and is not worried about anybody. He is in-your-face and passionate. Off the field, he is the opposite. Absolutely calm, chilled… there is no issue with him. He is 33. He has been contributing as a captain. The challenge comes when you do not captain after a span of time. Then to still have the energy to play as a player, get runs, and help India win. If he does that, he would have completed a full circle.”

From Kohli, the focus shifted toward new skipper Rohit Sharma, and Ravi Shastri was very clear in his description of the stylish player’s temperament. Answering Shoaib Akhtar’s question about the way he would draw Rohit’s character, Shastri remarked, “Now, Rohit is laidback. It was sometimes that you got the feeling that the game came too easy to him; till he realized that ‘God has given me this gift and now let me also work harder and make the most of it.’ And when in full flow; there are few batters who play like him.”

Shastri Stresses On The Heavy Scheduling Of Indian Cricket Calendar

After the conversation shifted from Virat Kohli and Rohit Sharma to the general condition of cricket in India; the former player and coach pointed out that India is playing far too many cricket matches these days. Excessive cricket hampers the recovery time of players and this has been bothering some of the Indian cricketers lately. Shastri concluded his interview with Shoaib Akhtar by bringing under the spotlight the tendency of making important players play all formats of the game without rest and recovery time.