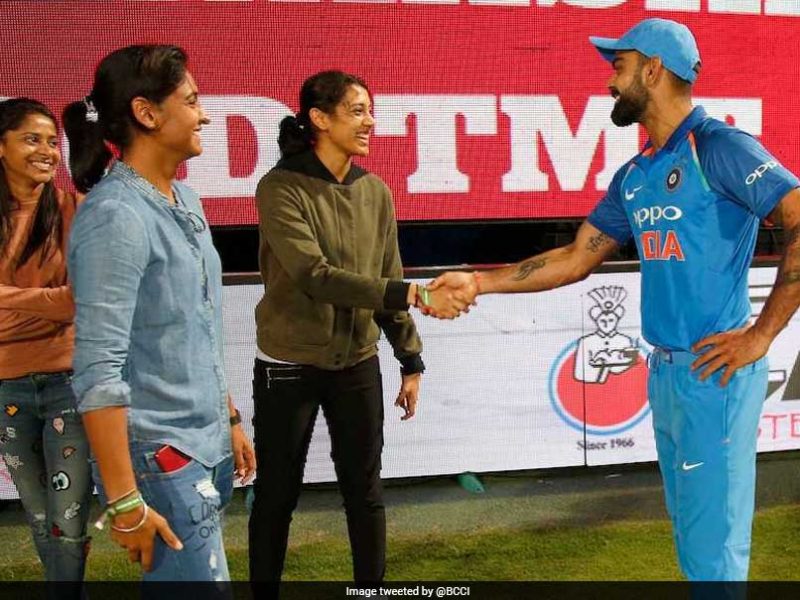 In recent years, the profile of women’s cricket has been on the rise and while there have some sections of the fraternity talking about a women’s IPL, the BCCI have introduced a one-off T20 game featuring the best players in the world called as the ‘T20 Challenge’.

This match, which will be played prior to the Qualifier 1 on Tuesday at the Wankhede Stadium in Mumbai on Tuesday (May 22) is way for BCCI to test the waters.

The match will be played between the Trailblazers, led by India’s Smriti Mandhana, and Supernovas, captained by another Indian player Harmanpreet Kaur.

On the eve of this important day, India and Royal Challengers Bangalore captain Virat Kohli had a message for both the teams. In a video published by the IPL media team, Kohli calls on the teams to play with as much passion as they have previously displayed while playing for their nations and intensify the calls for a separate women’s T20 league. The tweet said, “A message from #TeamIndia Skipper @imVkohli for @mandhana_smriti & @ImHarmanpreet as they gear up for the Women’s T20 Challenge tomorrow. #IPLWomen #Supernovas #Trailblazers.”

Kohli said, “Hello everyone. I am really excited to understand there’s been a T20 league for women announced. And there’s going to be a game on 22nd May at the Wankhede Stadium in Mumbai. It’s more like a teaser or trailer for that particular league.”

A message from #TeamIndia Skipper @imVkohli for @mandhana_smriti & @ImHarmanpreet as they gear up for the Women's T20 Challenge tomorrow. #IPLWomen #Supernovas #Trailblazers pic.twitter.com/IxKVHCGmvY

Giving his best wishes to both Smriti Mandhana and Harmanpreet Kaur, Kohli further added, “Smriti and Harmanpreet are going to lead their respective teams so I wish you all the best. Take out your teams on the park and play with the passion that you have shown for the nation. Show people what they should look forward to when they come and watch the women’s T20 league as well. I wish you guys all the best and we will all be watching keenly. Good luck.”

Along with the Indian international players, there are cricketers from Australia, England and New Zealand such as Danielle Wyatt, Alyssa Healy and Suzie Bates will be seen in action.

Virat Kohli’s Royal Challengers Bangalore, remember were eliminated from the IPL and did not make it to the play-off stages for yet another season. Kohli has also never won the IPL title in his career.

After the exhibition match, Qualifier 1 of this season’s IPL between the Chennai Super Kings and the Sunrisers Hyderabad will take place at the Wankhede Stadium on Tuesday evening.