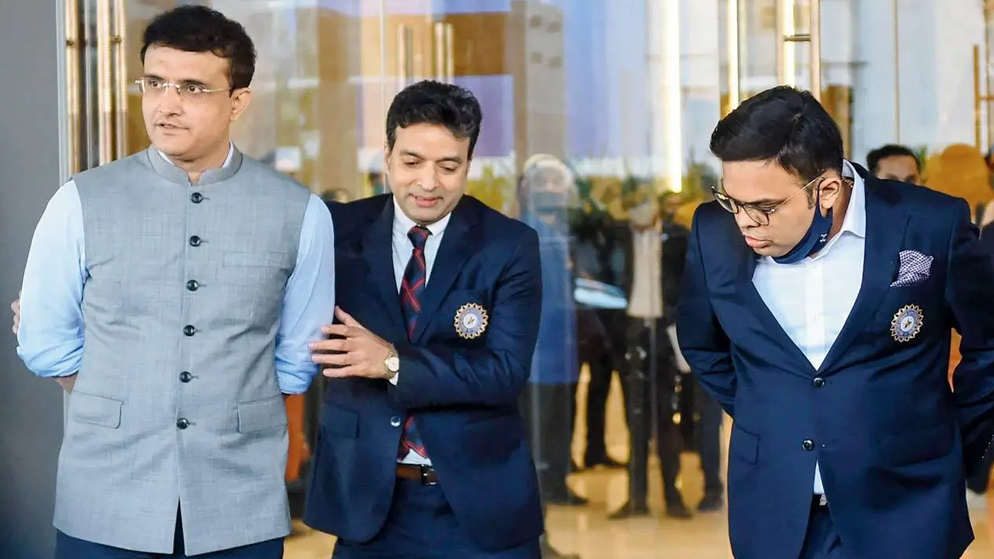 A number of important decisions lie ahead in the run-up to BCCI annual general meeting (AGM) on October 18. Chief among these decisions is the future of BCCI’s current president, Sourav Ganguly.

Ganguly could aim for a second term as president, though that’s considered unlikely. Another possibility is that he becomes the BCCI candidate for the position of ICC president, for which elections will be held later this year. The second proposition is shrouded in ambiguity and clarity on this depends on a number of external factors, that is for later.

In this scenario, with Ganguly’s departure as BCCI president imminent, there is a possibility that former Indian cricketer and World Cup winner Roger Binny will succeed Ganguly in the role.

Ganguly’s departure from BCCI is largely in line with expectations. The general impression in the BCCI is that there is no precedent for a president who traditionally serves two terms. Shashank Manohar was elected for a second term but did not complete a year in the second term in 2015-16. He had moved to the ICC.

The decision on Ganguly’s second term was the main topic of discussion at a high-level meeting in Delhi on Oct. 6, attended by some ministers of the BJP government at the Centre. Former BCCI Presidents N Srinivasan and Anurag Thakur, Former Secretary and Vice President Niranjan Shah, Current Vice President Rajeev Shukla, BJP MLA from Bandra in Mumbai Ashish Sehlar attended the meeting along with current officials.

When the subject of possible alternatives came up via a look at the Electoral Registers, the name Binny came up and became known. As an accomplished player and member of the 1983 World Cup, he scores points. Being non-controversial is another asset of his account and he felt that he could be a suitable replacement for a player who became president such as Ganguly, an experienced former captain of India. A final decision is expected on Saturday evening or Sunday morning. Cricbuzz reported that Binny was able to apply for a BCCI position on Oct. 6. Nominations can be submitted on Tuesday and Wednesday (October 11 and 12).

As for the ICC, the BCCI has always wanted an Indian to lead the ICC, especially with the World Cup taking place in India next year, but no decision has yet been made on whether or not to sponsor Ganguly’s name. The eligible persons will be considered, as well as the disputed point, whether or not to appoint a person to the ICC.

Srinivasan, who is eligible to become president of the ICC, has excluded himself on health grounds. Apparently, Niranjah Shah also qualifies as Thakur, the country’s minister of I&B and Sports. But Indian cricket authorities want to end BCCI first before thinking about ICC. They also want to consult other member boards before making a decision. Applications must be submitted by October 20.

Binny or Shah for BCCI President, Ganguly for ICC?

One of the discussed options for the BCCI president position was for Secretary Jay Shah to get a promotion. But another name on the discussion table that surprised many was that of 1983 World Cup winner Roger Binny. The 67-year-old currently chairs the Karnataka State Cricket Association, the same state body that represents outgoing IPL chairman Brijesh Patel.

Ganguly attended Thursday’s meeting and his name is mentioned as the next president of the International Cricket Council (ICC). “Ganguly will be replaced by Binny, ‘a cricketer for a cricketer’ is the kind of optic the BCCI may want to present to the outside world,” said a former board official.

But there is no guarantee that the former India captain will win the ICC elections: elections are scheduled for November and October 20 is the last date for nominations, should he come forward. Sources believe Ganguly can ask for BCCI’s full support to prevail on the 16-strong ICC board so that he will relinquish the top job in Indian cricket.

The coming days are expected to be eventful in determining the course of the Indian cricket administration and BCCI’s quest to maintain its influence in the global game. October 12 is the last date to submit candidatures for the BCCI elections. Aside from Shah, Treasurer Arun Dhumal and Vice President Rajiv Shukla are vying to return to key posts.

Zonal comparisons will reign supreme again when all postings are complete. If Ganguly moves, Assam Cricket Association Secretary Devajit Saikia could be nominated for one of the BCCI posts.