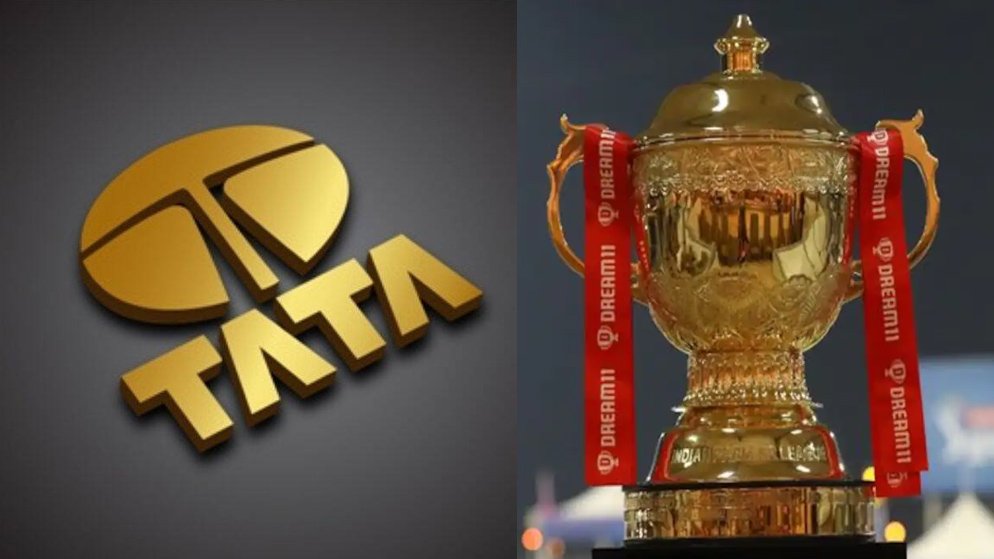 The behemoth that the Indian Premier League (IPL) is, is always on the news. With a little more than a month to go for the IPL mega auction, a major development has been revealed by the IPL governing council. Until this year’s edition of the IPL, Chinese mobile company Vivo was the chief sponsor of the IPL title brand. However, as the chairman of the IPL, Mr. Brijesh Patel, has revealed during a press meeting, Tata Group will be replacing Vivo as the title sponsor of the IPL title brand from this year’s, i.e., 2022’s edition of the IPL.

Vivo Had One Year Left On Its Contract

It is rather unusual for the IPL governing council to change the chief sponsor while there is still one year left in Vivo’s contract with the administration board. However, this sudden move by the Board of Control for Cricket in India (BCCI) is being seen as a calculated move. There are huge political underpinnings behind this change in sponsorship, as observers are to be believed.

India and China have not been friendly neighbors for the past several years. The recent Galwan Valley incident, when Indian soldiers had a major tussle with their Chinese counterparts in the Galwan sector of Ladakh, caused an uproar in various corners of the country. As a result of the high altitude military engagement, the Indian government had canceled a significant amount of trade deals with China.

Under those circumstances, the IPL governing council and Vivo had come to an agreement that saw the Chinese company leaving the IPL scene for a year in the 2020 edition of the IPL. That year, Dream11 was given the main sponsorship role. But Vivo made a comeback in 2021 when the BCCI failed to find a suitable alternative. It was clear, however; that the BCCI had made up its mind to change the main sponsorship company in the long run.

Tata Group Given Clearance At Meeting

During its meeting on the upcoming IPL mega auction and other important issues the IPL board decided on Tuesday that Tata Group was suitable enough to be given the rights to IPL title sponsorship. When Vivo was given their sponsorship rights, the contract reportedly was worth around INR 2,200 CR. However, the amount of money that Tata Group is ready to invest in their latest venture is yet to be revealed to the public.

Tuesday’s meeting of the IPL board also saw the members coming up with a timeline,  that would be forwarded to the two newest members of the IPL bandwagon; the Ahmedabad-based franchise, and the Lucknow-based franchise. Both these teams are supposed to sign 3 players each before the mega auction take center stage. The board has not yet finalized the dates for the mega auction but has indicated that it would be held over two days sometime in the second week of February in Bangalore.

After the announcement was made that Tata Group would be leading the sponsorship team of the IPL henceforth; the media approached BCCI Secretary to get his views on the matter. The Secretary, Mr. Jay Shah, said, “This is indeed a momentous occasion for the BCCI IPL as the Tata Group is the epitome of global Indian enterprise with an over 100-year-old legacy and operations in more than 100 countries across six continents. The BCCI like the Tata Group is keen to promote the spirit of cricket across international borders; and the growing popularity of the IPL as a global sporting franchise bears testimony to the BCCI’s efforts.”

Mr. Shah lauded Tata Group’s commitment to Indian cricket and looks forward to having a fruitful partnership with one of India’s iconic business conglomerates. On the respect that Tata Group commands the world over, Mr. Shah had this to say- “We are truly happy that India’s largest and most trusted business group has believed in the IPL growth story; and together with the Tata Group, we will look to take Indian cricket and the IPL forward to greater heights.”

This year’s edition of the IPL would for the first time have 10 teams gunning for the championship title. Cricket fans all over the world would get to watch their favorite players in action once again. All the biggest stars of cricket, such as Virat Kohli, MS Dhoni, Rohit Sharma, Glenn Maxwell, etc.; would be seen donning their different jerseys and fighting it out for their respective teams on the cricket pitch.