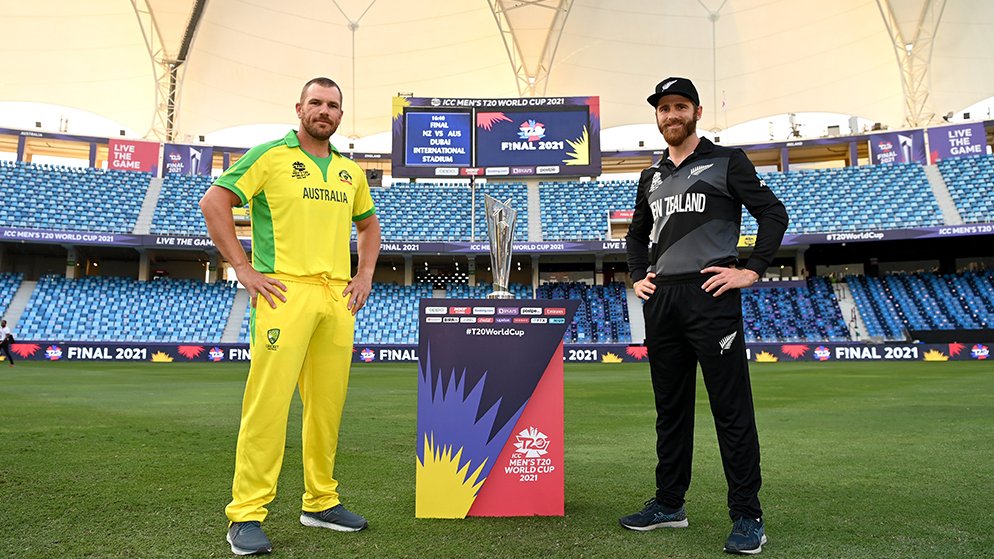 The time has come to find out who is going to emerge as the undisputed king of the T20 format in the international arena. The ICC Men’s T20 Cricket World Cup has produced some memorable moments over the last month or so. Teams from all around the world arrived on the biggest stage of T20 cricket and gave it their all.

Through ups and downs and severe disappointments, only two teams have earned the right to play in the final match. It is going to be a face-off between two giants of the game from the southern hemisphere- Australia and New Zealand.

The ultimate showdown between the two finalists- Australia and New Zealand, is going to take place at the Dubai International Cricket Stadium in Dubai (UAE) on Sunday, November 14. The action on the field will begin at 7.30 pm (IST).

The Dubai pitch has been controversial in some instances due to the dew factor. Big teams have suffered due to the presence of dew in the latter half of the evening. But that has not been a constant case throughout the tournament. So one has to wait and watch what the pitch has to offer on the night of the final.

As has been the case since the outset of the tournament, the Star Sports Network will air the game live on its channel/s. For the viewers opting for streaming on a mobile device, Disney+Hotstar will be providing the coverage.

It is pertinent to note here that New Zealand did not have the start that they wished for in this competition. They had lost their group opener against Pakistan by 5 wickets at Sharjah. But that did not break them down and the result has been unprecedented.

They defeated India convincingly by 8 wickets, a match which sealed the fate of Team India in the World Cup. Easy outings against Scotland and Namibia culminated into a showdown against a resilient Afghanistan. This was a crunch match, as the pressure was on New Zealand. A slip-up would have given India a chance to leapfrog them into the next round with the help of a better net run rate.

Another World Cup Trophy Up For Grabs For Serial-Winner Australia

The Australian side would be looking at history and taking inspiration from the fact that their side has been the most successful in ICC World Cup Tournaments, across all formats. They did not come into this tournament as favourites, but Australia being Australia, one can never rule them out from the big stages.

On their march to the showcase match, they came up against a higher-ranked South Africa in their first group game. They chased down the target set by the Proteas in Abu Dhabi and registered a 5 wicket victory. Next up they beat a hapless Sri Lanka but met with their only loss so far at the hands of England. They bounced back with back-to-back wins against Bangladesh and West Indies to set up a semi-final clash against Pakistan.

In the semi-final, Pakistan was looking like the better team since the outset of the match. Having a healthy target of 177 to defend, the Pakistani bowlers were troubling the Aussie batters since the beginning of their innings. When it seemed that the Australians had all but lost the game, wicketkeeper-batsman Wade and all-rounder Stoinis together turned the fate of the Men in Yellow.

A clinical last couple of overs saw the Pakistani bowlers lose the plot completely and let the game slip away from their grip. A 5 wicket victory sent shockwaves across the stadium, as a jubilant Aussie side started celebrating vehemently while realising that they had made it to another major final.

Cricket Fans Across The World Gearing Up For Final Showdown

All said and done, this edition of the T20 World Cup has given viewers enough to savour for a long time. Now it is high time for them to sit back and watch the two teams fight it out for the coveted trophy.