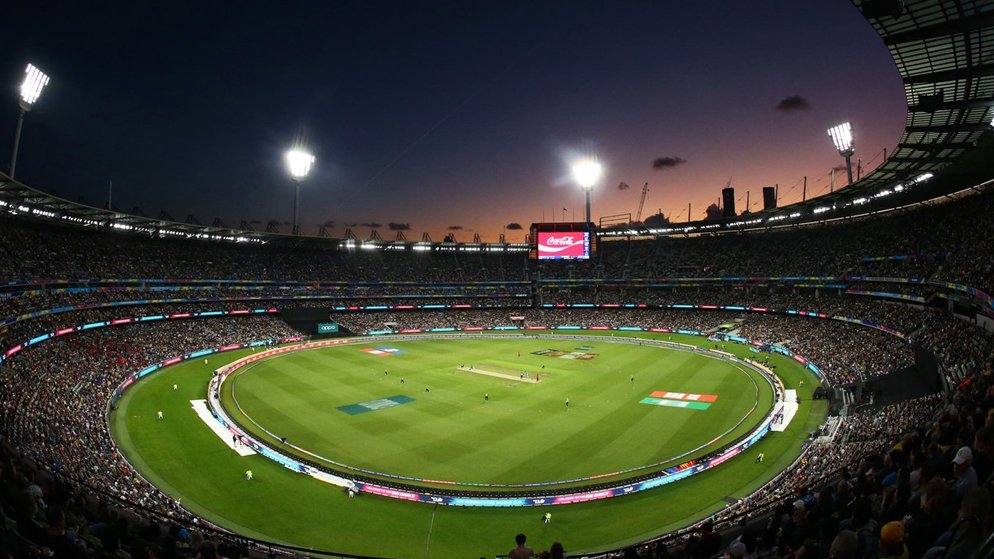 The International Cricket Council (ICC) has announced the dates and venues for the Men’s T20 World Cup 2022 on Tuesday, November 16. The premier competition is set to begin on October 16 next year. The ICC has also announced that the final of next year’s edition will be played in the iconic Melbourne Cricket Ground on November 13, 2022, under floodlights. The MCG has previously hosted two Men’s ODI finals, first in 1992 and the final time in 2015. This will be the first time that Australia will host a T20 World Cup.

The Australian brigade, which has just won this year’s T20 World Cup in the UAE, would look forward to defending their title on home territory. They would have a clear advantage going into next year’s edition of the T20 marquee event. So it would not come as a surprise if they see off other competitors and win the tournament. That would make them the first and only team to win back-to-back T20 World Cups. It is pertinent to note here that Australia has already achieved this feat in the ODI version of the game, winning back-to-back titles in 2003 and 2007.

A Plethora Of Grounds To Host Matches

Apart from the final at the MCG, the ICC has named other cities all across Australia which would host altogether 45 international T20 matches in the competition. A total of seven cities, namely Adelaide, Brisbane, Geelong, Hobart, Melbourne, Perth and Sydney, have been given the task of hosting 45 matches. The dates of the semi-finals have been set for November 9 and 10, respectively. The first one will be played in Sydney at the Sydney Cricket Ground (SCG), while the second will be played at the Adelaide Oval in Adelaide.

Top Teams Yet To Qualify For The Super 12 Round

As per the latest ICC Men’s T20 rankings, the top 6 teams apart from the winner and runner’s up of this year’s World Cup, would get automatic qualification spots in the Super 12 round for next year’s competition. However, the rest of the 4 spots are to be filled through a separate round. This round would consist of 8 teams that would have the likes of past winners Sri Lanka and two-time winners West Indies. Namibia and Scotland would also feature in this round. The remaining 4 places would be decided in qualifying matches to be played in Oman and Zimbabwe in June and July next year.

Australia Happy To Hold On To Hosting Rights Despite Pandemic Crisis

The Men’s T20 World Cup was originally scheduled for the year 2021. But due to Covid-related restrictions, authorities at the ICC had no choice but to postpone it to 2022. Cricket Australia (CA), the governing body of cricket in Australia, had to work hard to keep its hosting rights intact.

Talking about the complications of arranging the event, tournament CEO Michelle Enright had this to say to the media- “With the unprecedented disruptions over the past two years, bringing the ICC Men’s T20 World Cup to Australia for the first time offers a perfect opportunity for fans across the whole country to experience the joy of a live global sporting event again.”

She added, “The ICC Women’s T20 World Cup in 2020 produced some incredible moments and created memories that will live with Australian cricket fans forever. Now it’s time for the men’s event to take centre stage and claim its place in history.”

ICC Head Of Events In A Jubilant Mood Over Proceedings

The ICC Head of Events, Mr Chris Tetley, could not contain his happiness when interviewed by reporters. He said, “We are looking forward to seeing the return of ICC events to Australia and are delighted to announce the seven host cities for the ICC Men’s T20 World Cup 2022.”

He further said, “Following the success of the ICC Women’s T20 World Cup in 2020 and a two-year postponement; our sights are now firmly set on for the 2022 event in collaboration with the Local Organising Committees. With 12 teams already confirmed in the line-up; we eagerly await the culmination of the qualification process to see which other teams will join them.”

A resurgent Australian team has captivated cricket fans the world over with their fearless brand of cricket in the just-concluded T20 World Cup. Being the most dominant team in the history of Men’s cricket; a repeat performance from this team on home turf is high up on the charts.