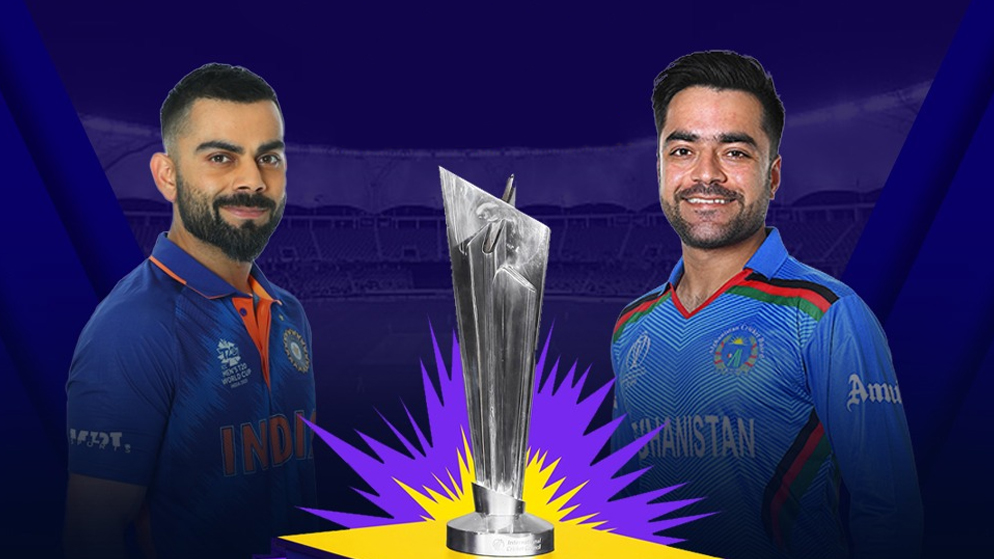 After back-to-back defeats at the hands of Pakistan and New Zealand, Team India would be looking for their first victory in the Super 12 round when they face not-to-be-taken-lightly Afghanistan on Wednesday, 3rd November. This will be match number 33 of the ongoing Men’s T20 World Cup being held in the UAE and is scheduled to commence at 7.30 pm (IST). It will be played at the Sheikh Zayed Stadium in Abu Dhabi.

It is going to be a hot and humid evening as usual in Abu Dhabi. A gentle breeze may prevail during the match. The average temperature would remain in the early to mid 30 degrees centigrade.

The pitch in Abu Dhabi is helping the pace bowlers, who are getting the maximum out of the pitch. So, it would be interesting to see how the captains of both sides utilise their pace options.

The Star Sports Network will be airing the game live on their channel/s in India. Streaming service Disney+Hotstar will provide access to mobile users.

India Looking For A Miracle To Stay In the Competition

With chances of remaining in the competition diminishing by the breath, India would want not just to win the game, but with a big margin to help their poor net run rate to move upwards. Only if they win their next three matches convincingly would India see a glimmer of hope in their advancement. A defeat on Wednesday would make this undoubtedly India’s worst-ever ICC World Cup performance of all time, across all formats.

Afghanistan has been stealing headlines lately with their steely and determined performances. Out of three matches played, they have lost only to a Pakistani side many are seeing as one of the top contenders of the title. With a well-balanced team, added with grit and experience, this Afghan side holds the mettle and composure to strike the death blow to Team India.

India and Afghanistan have clashed against each other on two prior occasions in T20 World Cups, first in 2010 and then in 2012. In both instances, India got the better of their counterparts, winning by 23 runs in 2010 and by 7 wickets in 2012. India would be hoping to score a hat trick of victories against their opponents and keep the streak running.

Players To Watch Out For

In their last outing, Afghanistan destroyed Namibia by both bat and ball. Opting to bat first, they had reached 160 runs for the loss of five wickets. Mohammad Nabi is fulfilling his role as captain in a commendable manner in this tournament. He scored valuable runs in this match and is handy with his off-spinners as well. Fast bowlers Hamid Hassan and Naveen-ul-Haq wreaked havoc on the Namibian line-up, aiding in the collapse of Namibia at just 62 runs. Rashid Khan, star of the IPL for the Sunrisers Hyderabad, is the leading wicket-taker for Afghanistan in this tournament and is always a threat on sub-continental-type wickets.

The Indian camp is still licking its wounds from the humbling experience at the hands of New Zealand. Captain Kohli is still the man to look out for. He has a proven record of performing under pressure. The rest of the players would be looking towards him for inspiration. Jasprit Bumrah will be another player supporters would be rooting for. On his day, Bumrah holds the power to annihilate any line-up.

It may sound unreal, but it would be foolish to rule out Afghanistan’s chance at this stage of the tournament. If we look at the stats, Afghanistan has fared better than India on all parameters so far. They even have a better net run rate than that of India. In their loss against Pakistan, they had put up a brave and decent performance. It was not an easy task for Pakistan to win against Afghanistan. Seeing as India is facing an absolute calamity, it is going to be anyone’s game on Wednesday.