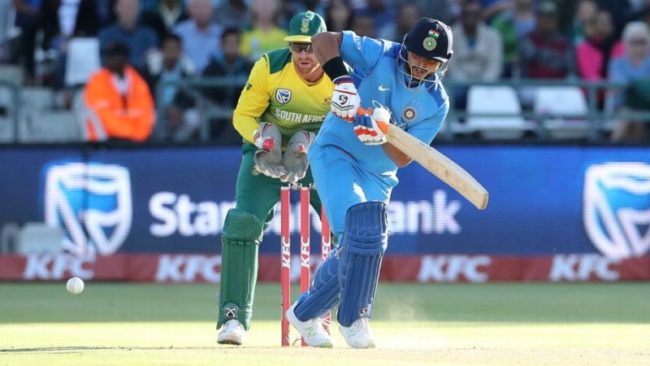 India’s selection committee has named Suresh Raina as Ambati Rayudu’s replacement in the ODI squad for the tour of England. Rayudu was dropped from the 16-man squad on Friday after failing to clear a mandatory fitness test in Bengaluru.

Raina hasn’t played an ODI since October 2015, when he was dropped after a poor run of form following the series against South Africa, but has featured in India’s T20I contests this year – against South Africa and in the Nidahas Trophy against Sri Lanka and Bangladesh.

Raina was already named in the T20I squad for India’s games against Ireland and England. Since January 2018, Raina has scored 170 runs in eight T20I innings.

In the yo-yo fitness test that Rayudu failed, players are required to attain the 16:1 mark, the minimum level set for Indian players by the team’s strength and conditioning coach Shankar Basu. It is understood that Rayudu fell short of the minimum cut-off by a reasonable distance.

India’s three-match ODI series against England starts on July 12 in Nottingham and ends in Leeds on July 17.

Read: Ambati Rayudu is likely to lose his place in the Indian squad