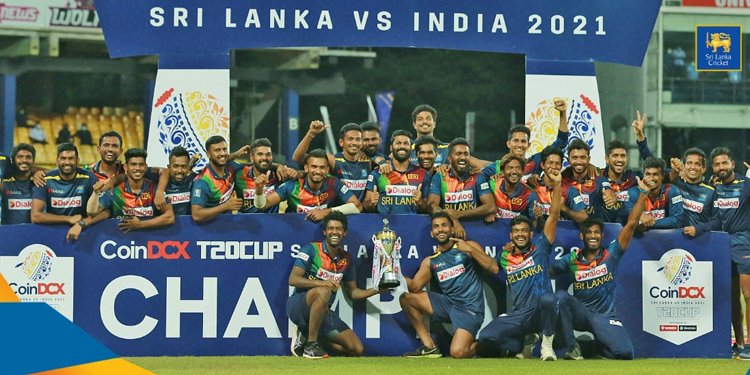 The third India vs Sri Lanka T20 match concluded, with the hosts emerging as the winner. Sri Lanka thus sealed the three-match T20 series 2-1 against India. The T20 series had begun on the 25th of July, and the second and last match of the series were held on the 28th and 29th of July, 2021 respectively. The very first match was won by India by 38 runs. The hosts however were able to stage a comeback in the next two matches of the series and won both of them. This T20 series brought the India tour of Sri Lanka to an end.

The series had begun with a three-match ODI series. The series which was supposed begin on the 13th of July got pushed back till the 18th of July due to the coronavirus outbreak in the Sri Lanka cricketing team. India won the ODI series comfortably but Sri Lanka proved themselves and staged a comeback to win the T20 series. Let us have a look at the various details of this win.

This is the first bilateral series win for Sri Lanka against India since the year 2008. This win, therefore, is a very special one for the team and its fans. Sri Lanka has been trying to find its grounding in international cricket since many of its stalwart players retired and there is no doubt about the fact that it is turning out to be a very good team. Team India has had a tough series. Its squad has been reduced due to covid-19 infections within the team. All-rounder Krunal Pandya tested positive for the virus recently, and the Indian team was thus quite shaken.

India had to replace a total of nine players, necessitating the overhauling of the entire squad. The team saw a total of six debutante players in this series, which in itself is a record of sorts. India lost a T20I series after a long time. Sri Lanka, on the other hand, has also been having a tough time as well. They were not able to put up their best in the ODI series, and were inches away from winning the second match which they eventually ended up losing. This win will surely assure them of their capabilities. While for India this might be a humbling defeat, Sri Lanka will surely find this extremely encouraging

Sri Lanka has been the star of this match. It outshone India by far. After winning the toss, India opted to bat first. However, it could only put up a total of 81 on the board in 20 overs and lost eight wickets in the process. The bowlers of Sri Lanka stood out, especially Wanindu Hasaranga, who picked up 4 wickets and concede only 9 runs during his four overs. The birthday boy was also the man of the match. This was India’ s third-lowest totals in all ODIs. Captain Dhawan got out for a duck, and the batting order collapsed entirely.

Kuldeep Yadav scored the highest, mustering a fighting 23 off 28 balls. Apart from Hasaranga, the Sri Lankan captain, Dasun Shanaka also bowled well and picked up two wickets after giving way only 20 runs. Ramesh Mendis and Dushmantha Chameera also picked up one wicket each. On the other hand, Sri Lanka had a far smoother chase. It did lose three wickets, but the players scored at a leisurely pace to reach the target. Dhananjaya de Silva scored the highest by scoring a well-measured 23 off 20 balls. The Sri Lankan team reached its target in just 14.3 overs.

In the post-match interview, Dhawan spoke about how it has been a tough time for the Indian team but also emphasised on how he was proud of the team for its fighting spirit. Dasun Shanaka praised his own team and spoke about how all the players put in their best to win the T20 series. Their efforts and hard work finally paved way for a historic series win against India.

The action will definitely not be stopping in the sports arena as the Indian players are set to resume play with red-ball cricket in the next week. The Indian team will be facing the English team for an exciting five-match test series in England from the 4th of August, 2021. In the course of this tour, India has proven how big a bench strength it has. With many of the big names away for the English tour, India sent a different team which was dubbed “second-string” by many experts. Let us expect good cricket to be played between these two teams in the near future as well.