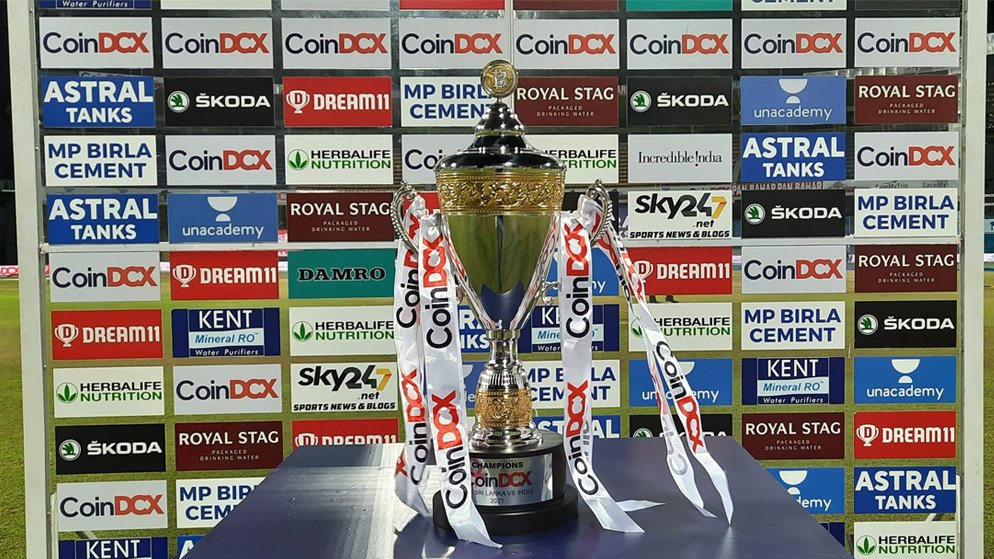 The second and the decisive game of the 3-match T20 series in the India tour of Sri Lanka will be up and running on Tuesday. The two teams will clash against each other in the R Premadasa International Stadium. The game starts at 8:00 PM IST. While Sri Lanka will look forward to writing a comeback for itself, India will be under heavy pressure as they have to ascertain that their comfortable lead does not slip away.

The R Premadasa International Stadium has been the host to all the games played in the India tour of Sri Lanka. The ground’s difficult bowling track has been responsible for all the games that have not been a one-sided affair in this tour. The low-scoring pitch which gradually slows down the ball at the end of the match has been something very difficult to read for the teams batting second and chasing a half-decent total. The victor of the second T20 on Tuesday here will yet again be the one who overcomes the difficulties posed by the pitch and the opponent.

R Premadasa International Stadium has unknowingly been a more difficult opponent to India and Sri Lanka than they have been to themselves.

On Sunday during the 1st T20, Sri Lanka won the toss and decided to take an unconventional route to the game. Despite winning the toss the Dashun Shanaka wanted to bowl first and batting first in the previous 3 games did not age well. This came out to be Sri Lanka’s biggest shortcomings in the match as they could not make ground for themselves in the second inning and the wickets kept falling in the early stages of the game.

Avishka Fernando and Minod Bhanuka, the two opening order batsman’s dismissals cost Sri Lanka heavily. Fernando and Bhanuka started well but were not able to keep up with the high run rate. It was ultimately Charith Asalanka, the left-handed middle-order batsman, who played a destructive inning of 44 runs in 26 balls. Asalanka’s batting became something very difficult to overcome for India. However, it did not last long enough, and what looked like a resurgence for Sri Lanka did not happen either.

Sri Lanka fell short of many things, unforced errors being one of them, that prevented them from winning the match.

All this while Shikhar Dhawan and his boys had successfully chased totals and fumbled on defending one in the 3rd ODI  of the tour. Keeping in mind that Sri Lanka’s only win in this tour came off India defending a total; Shanka’s team invited Shikhar Dhawan to bat first.

Although the opening partnership did not particularly do well; Dhawan and Sanju Samson were able to pick up the game after the first dismissal.

It was ultimately Dhawan’s 46 runs and Suryakumar Yadav’s 50 runs that helped India pickup the score to 167. A target such as this might not seem defendable on normal days; but R Premadasa is not the ideal pitch to chase a 150-plus target on.

The second inning saw the Indian bowlers give a tough time to the Sri Lankan batsmen. The dismissals kept coming every time the Lankans went for big runs. Bhuvaneshwar Kumar’s 4-wicket haul barricaded entire Sri Lanka from going anywhere near the target.

India’s mystery spinner, Varun Chakravarthy made his debut a memorable one.

Chakravarthy earned his first and only wicket of the game by dismissing the Lankan captain, Dasun Shanaka. Varun played a toss ball which went up high enough for Shanaka to miscue it and eventually miss it as well. Ishan Kishan behind the stumps was fast enough to whip the bails off before Shanaka could arrive at the crease.

India who are already leading the T20 series could possibly have some changes in the batting and bowling lineup.

The decisive match of the series could go either way. A win for Sri Lanka would mean that they are still in the competition and save themselves from another home defeat and a win for India will turn the tour into a successful campaign.