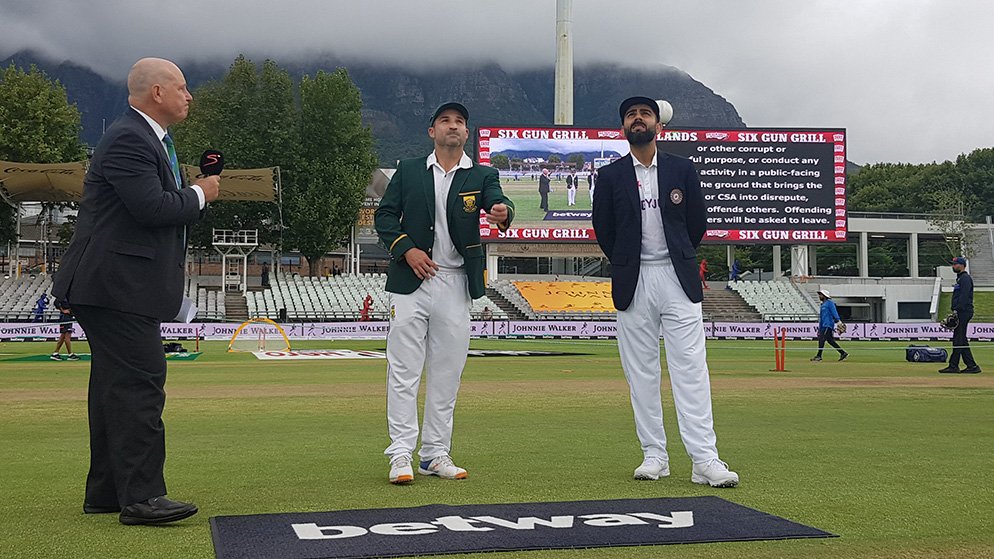 The next stage of India’s Tour of South Africa will see Team Indian take on a resurgent South Africa in the last and final Test match of the 3-match Test series. The decider match, as it is being projected, will be starting on Tuesday, January 11, 2022, at Newlands Cricket Ground in Cape Town.

The pitch at the Newlands Cricket Ground is known to favor the bowlers. So, it will not come as a surprise if we find the fast bowlers get that extra bounce and swing early on in the game. But as the match progresses, the batsmen would find their edge and would be able to score more freely. Sides batting first on this ground have won 4 of the last 5 games played here. So, the toss would be playing a vital factor in this match.

The series finale would kick off at 2 pm (IST). Indian viewers would be able to watch it live on the Star Sports Network. Mobile users would have the option of following the same on their devices, courtesy Disney+Hotstar.

India Hoping To Match The Intensity Of The First Match

Team India is hoping to find the form that enabled them to outplay the home side in the first Test. In the game at the Centurion, the South Africans were beaten in their game by a complete performance by India. A resounding 113 run victory in the curtain-raiser had put India firmly in the driver’s seat. However, the Proteas made a quick turnaround in the second match and matched India toe to toe. In reply to India’s first-inning score of 202, the South African batsmen put up 229 runs on the board and took the upper hand by a margin. Only stand-in skipper KL Rahul had shown grit in the Indian first inning with a fine half-century.

When the turn of the South Africans came to bat, they showed that they had done their homework pretty well. An improved batting show meant that they would overtake India’s mark and put on a healthy first inning total. From the Proteas’s side, Keegan Petersen’s knock of 62 was the stand-out performance.

The second inning of India saw the return to the form of two of India’s Test stalwarts, Ajinkya Rahane and Cheteshwar Pujara. After a long lean patch, the duo stepped up their game at last and scored brilliant half-centuries. With scores of 58 and 53, the senior batsmen had redeemed the faith the team had in them. But this was not enough to keep India in the match, as the South African batsmen were well set to maneuver their side to an astounding win.

Chasing a target of 240 to record their first win against India at the Wanderers, the South African batters lost only 3 wickets on their march to reaching their objective, while at the same blowing away doubts about this South African side’s abilities to take on heavyweights in the game. With the captain Dean Elgar leading from the front, playing a match-winning knock of 96 not out, it never looked better for the young and talented home side.

Head-to-Head Record Between The Two Sides

India is yet to win a Test series in South Africa. They have competed in the 7 Test series in South Africa since South Africa entered the cricketing fray in the early 1990s, but have never tasted victory. Out of the 7 attempts, 6 were won by the home side, while 1 was played out as a drawn series. The two goliaths of the game have played a total of 41 Tests against each other, with India coming out victorious in 15 of them. The Proteas have won 16 of them.

The dominance of South Africa in their home turf is evident, as they have let India win only 4 Tests so far in their backyard, while themselves beating the visitors 11 times. 7 of those matches had ended in a draw. India has never won a Test match at Newlands Cricket Ground in Cape Town. They have only managed to earn 2 draws out of 5 matches played, whereas the hosts have taken 3 wins.

Probable Starting Line-up Of Both Teams

The series is now hanging in balance with both sides having won 1 match apiece. India won the first Test at Centurion, while South Africa punched back in the second match at the Wanderers. With the series standing at 1-1 at the moment, all eyes would be on the two sides when they clash horns at Newlands Cricket Ground on Tuesday.