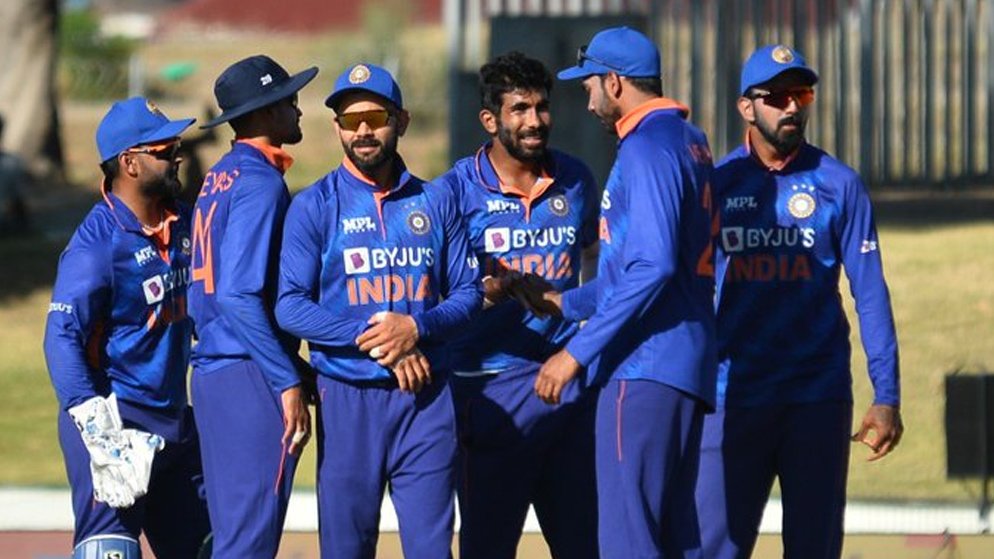 India is all set to finish its tour of South Africa in the third and final ODI match on Sunday, January 23. This will be a courtesy game for South Africa, in all honesty, having won the first two ODIs in style. If the home side wins the last ODI game, they would have achieved a series whitewash. India would save their honor by winning the showdown with the Proteas before heading home.

Team India started their tour of South Africa with a lot of promise when they won the first Test match. But since then, they have lost two Tests and two ODIs on the trot. The final ODI will be an actual test of the character of the Indian players, and winning it would give them some sense of pride before the curtain falls on this tour.

Indian Batting In Need Of A Turnaround To Stay Afloat

To salvage some pride out of the third ODI, Team India must improve its batting performance. In the second ODI, we saw initial sparks when openers Shikhar Dhawan and KL Rahul were at the crease. Dhawan, who shined with the bat in the first ODI, failed to repeat the same performance in the second match. Dhawan was on 29 when he was sent back to the pavilion by Aiden Markram in the 12th over. Stand-in skipper KL Rahul looked sharp at the beginning of the match but could not handle the disciplined South African bowling for long. Man-of-the-moment Virat Kohli was expected to make his mark in the second match after contributing crucial runs to the total in the first match. But he, too, was taken care of by a beautiful delivery of Keshav Maharaj. Kohli’s departure caused a sudden downfall of the batting line-up.

The onus of the team’s responsibility fell on wicketkeeper-batsman Rishabh Pant and opener KL Rahul. He went on to add 155 runs to the scoreboard in a remarkable partnership. Both Rahul and Pant scored well-made half-centuries to give India a much-needed foundation. The permanent Indian vice-captain of the game’s shorter formats, KL Rahul, made 55 valuable runs. He was outclassed by his partner at the crease, who made 85. Cricket fans invested with cricket trivia would love to know that Pant’s 85 is the highest score made by any Indian on South African soil.

South Africa Depending On Openers For A Repeat Performance

With Janneman Malan and Quinton de Kock in scintillating form, South Africa has that spark at the top of its batting line-up that India would be wary of going into the final match. In the second ODI match, Janneman Malan missed out on a century by a mere nine runs. So, it is expected that he would be hungry to score more runs in the final outing. His partner, wicketkeeper-batsman Quinton de Kock, also made a superb 78 to guide South Africa to a formidable position by the time he was dismissed.

The final ODI of the series will be played at Newlands Cricket Ground in Cape Town. This was the same venue where the last Test match was played and won by South Africa in a spirited fashion.

The Newlands pitch is famous for being a favorite among batters. It will be hard for bowlers from competing sides to produce something special with the ball on this pitch. Out of the total 5 ODI internationals played on this ground, the home side has won all but one.

The third ODI between the Proteas and India will be aired live in India by the Star Sports Network. Viewers will also be able to watch the coverage via streaming service Disney+Hotstar.

The South Africans may rest some of its key players in the final ODI. One player who looks to return to the side is Wayne Parnell. He may take the place of Marco Jansen. The Indian team may also go for some experimentation. But apart from the addition of Deepak Chahar in place of an out-of-touch Bhuvneshwar Kumar, the rest of the players are likely to keep their positions in the side.