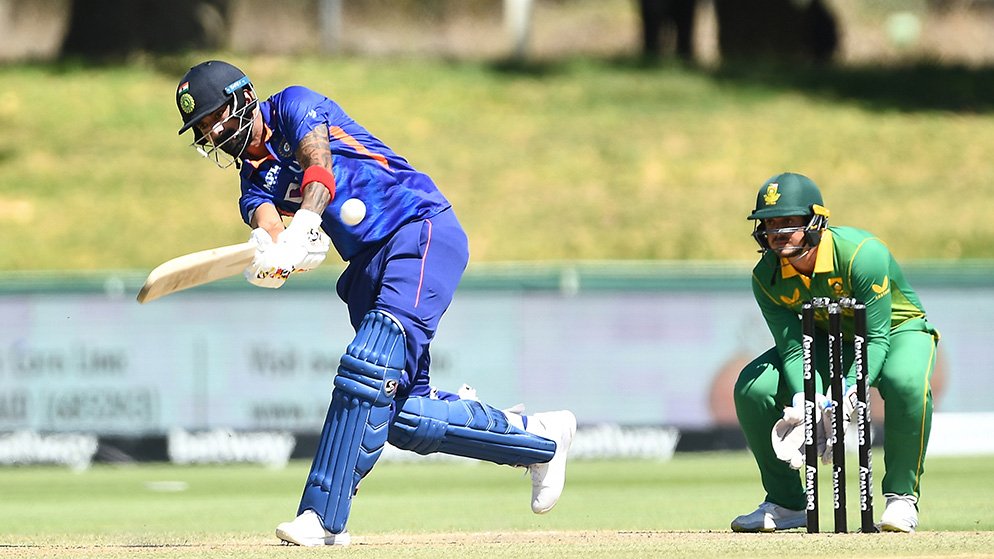 After winning the first One Day International versus India, the South Africans are on a new high. Since losing the first Test match, the Proteas have been on a winning streak. They decimated India in the second and third Test matches to win the Freedom Trophy in style. And now the South Africans have begun the ODI series with a fine win. They now stand at a 1-0 lead over their rivals with 2 ODIs yet to be played. To keep hopes of winning this series, India must raise their game and win the second One Day International match on Friday, January 21.

Despite leading a comeback effort toward the end of their inning, the Indian batsmen did not stand a chance against the disciplined bowling attack of the South Africans. The second ODI match will be held in the same venue as the first one. It would be interesting to see how Team India can remove the ghosts from the previous game and make a strong stand. The real test will be for stand-in Indian captain KL Rahul, who is having a tough assignment in the absence of full-time ODI skipper Rohit Sharma.

The second One Day International will be played in the same venue as that of the first one, that is Boland Park. The match will begin at 2 pm (IST) when the players from the two sides take their positions on the field.

Paarl at this time of the year is hot and dry. With temperatures rising to 38 degrees Celsius, it would be a hot day of cricket.  The weatherman has reported that wind speeds would remain around 11 km/hr and chances of rainfall would be negligible. This is a dry part of the country and humidity levels would be about 13%.

The pitch at Boland Park in Paarl has always been friendly to batters over the years. This is a high-scoring ground that would allow batsmen to flex their arms all around the park. The dew factor on this ground is minimal. It would not come as a surprise if the toss-winning captain decides to opt for batting. Teams opting to bat first have come out victorious on this ground on most occasions. Bowlers would have a hard time getting help from the pitch. It would require hard work to get the cricket ball to swing and move on this ground.

Indian cricket fans will be able to watch their favorite stars live in action on the Star Sports Network. All those who prefer to use their mobile devices to watch cricket games would find live streaming services available on Disney+Hotstar.

India and South Africa have fought each other on the cricket ground in ODI internationals a total of 85 times. Out of those 85 clashes, India has come out on top 35 times. South Africa has been the dominant side in this fixture with 47 wins. 3 games have finished without a result where these two sides were involved.

Probable Starting Eleven Of Both Sides

Team News From Both Camps

Team India will most likely stick to the same starting line-up that they used in the first ODI. Skipper KL Rahul had told the media before the start of the ODI series that his side would look toward getting stability and flexibility in the side. Too many changes would hamper the team going into the busy ODI schedule. The Proteas are very unlikely to modify the winning combination that they have at their disposal. This philosophy helped them to secure the Test series as well.