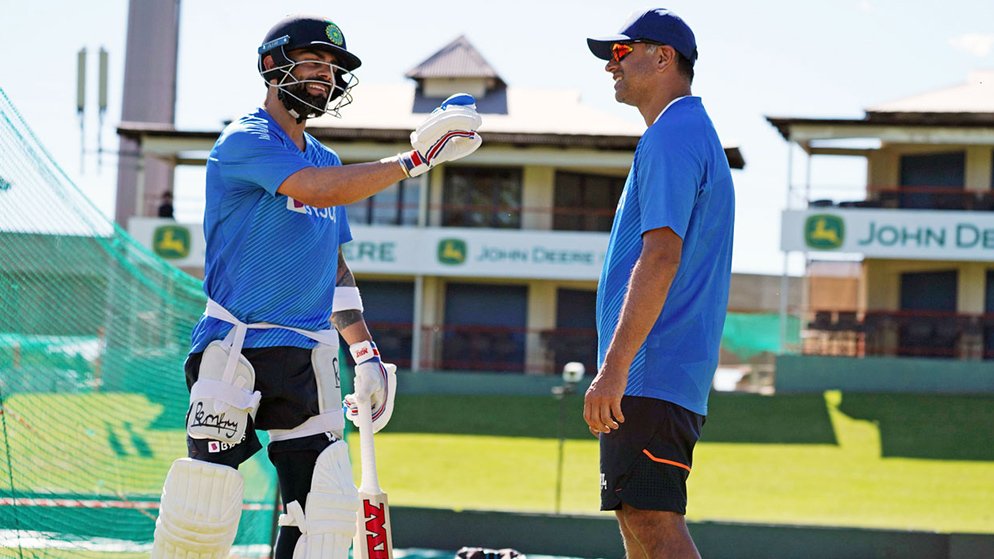 After a lot of drama and deliberation surrounding the captaincy issue, the much-awaited India’s Tour of South Africa is about to set sail. Team India is will take on the Proteas in the latter’s backyard on a 3-match Test series, to begin with. After the conclusion of the Test matches, India would remain in the country of Nelson Mandela for a further 3-match ODI series.

All the action between the two top teams in the world of cricket will start on Boxing Day, December 26. The curtain raiser, i.e., the first Test match, is going to be played in the SuperSport Park in Centurion. This is a venue where India has never won a Test match. Out of the two that they have played on this ground, their opponents, South Africa, came out victorious on both occasions.

Head-To-Head Record Between The Two Teams

This would be the eighth Test series that India would play against the hosts South Africa on their home turf. In the previous seven instances, South Africa showed the world why it is so difficult to beat them at home by not letting India win a single Test series.

The Indians and the South Africans have faced each other in South Africa a total of 20 times. The visitors could only notch 3 wins out of those 20 matches. The home side has 10 victories on their side. The remaining 7 Tests ended as drawn matches. Since India is yet to win a Test match in Centurion, it would be interesting to see what kind of team the captain and the management staff pick to give India the best shot on this unlucky ground.

All Eyes On Kohli As He Readies To Lead His Side

The recent controversy surrounding the change in the captaincy of the Indian ODI and T20I sides has put a lot of media attention on Virat Kohli. So, when the Indian players take the field on Sunday, December 26; all the cameramen would be especially interested in focusing on Kohli’s body language to provide the viewers with some extra entertainment. It would be challenging for Kohli to lead his side under this added pressure.

The recent Test series win against New Zealand would doubtless give the Test skipper some much-needed confidence. Beating the same side that snatched away the World Test Championship Title from India’s grasp back in June; would have surely given Kohli and his side a confidence boost. India is presently holding the number 4 position in the ICC World Test Championship 2021-23 rankings list. Team India’s PCT stands at 58.33, post the 2 Test series that they have played so far. India has performed fairly well in this season, winning 3 Tests out of the 6 they played in. They have lost only 1, with 2 of them ending in draws.

Squads Of Both Teams

Stage Set For KL Rahul To Make Debut As Vice-captain

This series would see KL Rahul officiating as India’s stand-in Vice-captain in the absence of Rohit Sharma. Rahul has had a fantastic cricket season in 2021, with excellent scoring form across all formats. He was the leading run-scorer for the Punjab Kings in this year’s edition of the IPL as well.

Following stellar outings versus New Zealand, newcomer Shreyas Iyer would want to continue giving his best on the highest platform. He is one of the three new players who have been added to the Indian squad. In the bowling department, the squad looks well stocked with five experienced pacers. Jasprit Bumrah, back from injury, will be joined by Ishant Sharma, Shardul Thakur, Mohammad Siraj, and Umesh Yadav. The green pitches of South Africa are sure to bring out the best in them.

The Youthful South African Side Will Be Led By Dean Elgar

What may come as an advantage for the visiting Indian side, the Test squad of the South Africans is full of freshly inducted players. Apart from Test regulars Dean Elgar, Quinton de Kock, and Kagiso Rabada, most of the other players would either make their Test debut in this series or play in their second Test series. The onus of leading this inexperienced South African has fallen on the shoulders of Dean Elgar.