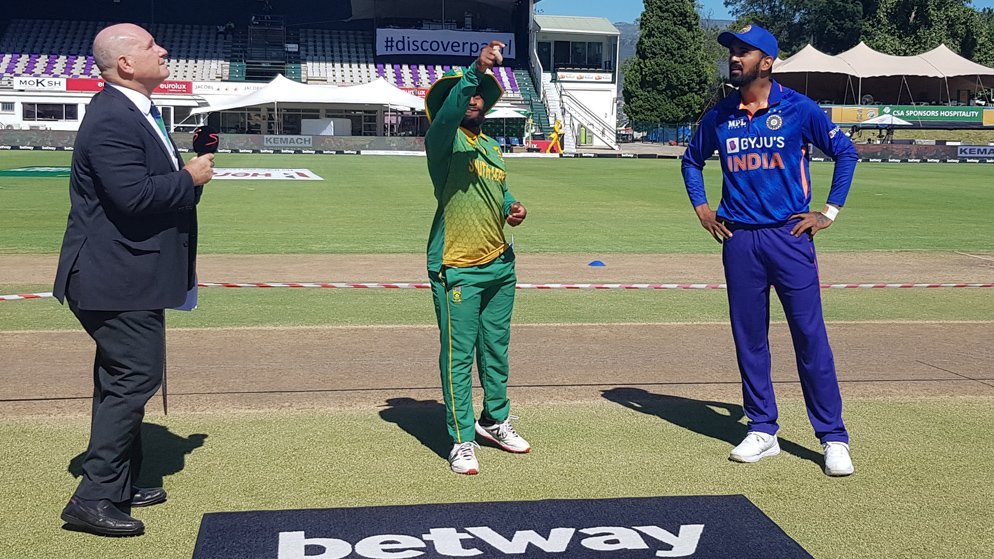 India’s Tour of South Africa 2022 is underway. The next phase of the program is set to begin on January 19 at Boland Park, where the first of the 3 ODIs will be played. India will be going into the ODI series fresh from defeat at the hands of the Proteas. The Test series were filled with many ups and downs. Still, ultimately Team India had to bow down to a resurgent South African side under the able leadership of Dean Elgar. Losing the Test series 2-1 is still fresh in both the Indian players and the billions of Indian fans who are rooting for a turnaround in the ODI series.

The first ODI match between India and South Africa will be contested on January 19, 2022, at the Boland Park Cricket Ground in Paarl. The kick-off time is set at 2 pm (IST).

The pitch at Boland Park is batter-friendly, as far as stats go. Most teams that play here opt for batting once they win the toss. So, it won’t raise eyebrows if any of the two captains choose to bat first after winning the toss. Records at this ground show that batting becomes challenging as the game progresses. The average score in ODIs at this ground is 243. A total of 13 ODI international matches have been played so far at this ground.

The Star Sports Network will be covering the game live. Indian viewers will have the additional option of watching the live coverage of the game on their mobile devices; courtesy of streaming service provider Disney+Hotstar.

India Hoping To Repeat Its 2018 ODI Performance Yet Again

Several things have changed for the Indian team, mainly the people at the forefront of the group. This will be the first time Virat Kohli would not be seen leading the Indian ODI side out on the field in seven years. Instead, it will be KL Rahul who would do the honours. Rahul is the vice-captain of the ODI side. Still, due to the absence of officially appointed skipper Rohit Sharma, Rahul would have to take the role of captain. On the other hand, Virat Kohli would be seen as a regular batsman in the team.

After showing its mettle in the Test series and decimating a solid Indian side; the Proteas would now be looking to complete their mission of restricting India from repeating their feat from 2018. The young South African side blew away all doubts regarding its inexperience and youthfulness to put on a majestic display in the second and third Tests to take the series away from the Indians.

But since the ODI format is an entirely different ball game altogether; the chances are that India could make a comeback. If the two sides are compared in strength, the Indians are better off in the departments of talent and experience. With Ravichandran Ashwin back to his best, the Indian stand an excellent chance to get back to winning ways starting in the first ODI match. If he plays in the first match, Ashwin would be making a return to the ODI format after almost five years.

In One Day Internationals, India and South Africa have competed against each other 84 times. Out of the 84 instances, India has won 35 matches, while the South Africans have snatched 46 victories. The rest of the three games between these two sides have ended without a result.

With the change of guard at the top, Indian cricket is going through a transition. The ODI series is an excellent opportunity for the Indian players to brush the controversies aside and put up a strong performance.