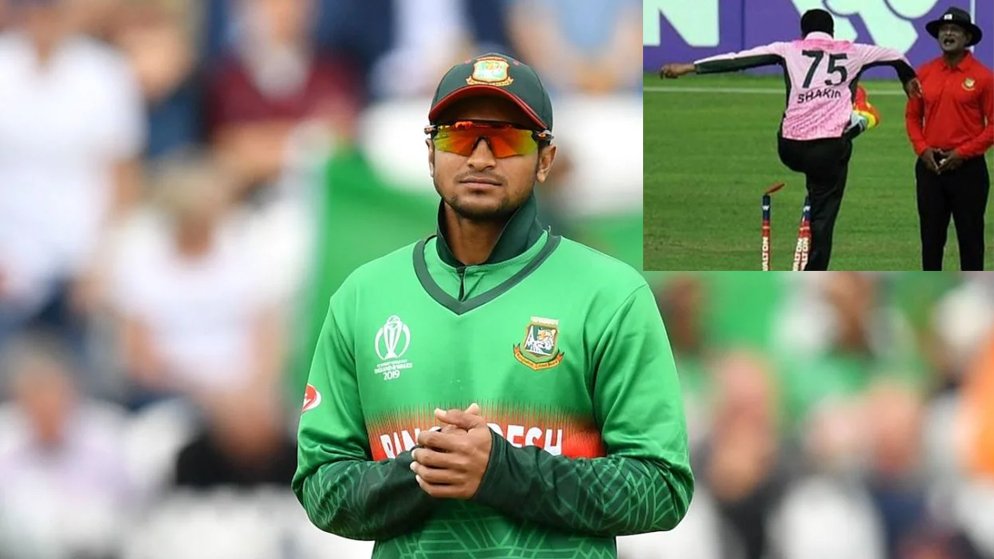 Shakib Al Hasan, the ace Bangladeshi all-rounder who has earned accolades throughout the world for his cricketing exploits, has been banned for three matches in the Dhaka Premier League. The ban has been enacted due to his unruly on-field behaviour during a match between Abahani Limited and Mohammedan Limited that was being played at the Sher-e-Bangla stadium of Dhaka.

Incidentally, Shakib is also the captain of Mohammedan Limited. Along with the three-match ban; Shakib has also been fined a total of 5 lakh Bangladeshi taka (USD 5800 approx.) for his unruly behaviour. Bangladesh, which has become quite a powerful team in world cricket today counts Shakib as one of its key players. He is a left-handed batsman and the slow left-arm bowler who ranks among the best cricketing talents to have emerged from Bangladesh. He has had his moments of brilliance with the bat and the ball on numerous occasions but on the 11th of July, 2021, he clearly lost his cool. Let us have a look at the situation in detail.

Shakib has been seen violating the rules on two particular occasions. Both were level 3 offences in accordance with the Bangladesh Cricket Board’s (BCB) code of conduct that are concerned about the spirit and reputation of the game. The first occasion was when Shakib kicked the stumps when the on-field umpire; Imran Parvez, turned down his leg-before-wicket against Mushfqiur Rahim, another batsman of international repute from Bangladesh. Shakib initially appealed against Mushfiqur Rahim, which Parvez seemed to deny. He immediately kicked the stumps aggressively and was almost about to get into an argument with Parvez. His teammates are seen crowding around him and it is presumed that they stopped him from arguing further.

The second incident took place an over later. The umpire called off play with 5.5 overs bowled due to rain. The Duckworth-Lewis method was supposed to come into effect had six overs been bowled. Shakib Al Hasan got very angry because the umpire did not allow another ball to be bowled and he was seen angrily running towards the umpire before taking out the stumps and banging them on the ground. It is not entirely understandable why Shakib got so angry because his team was well-placed and would have won the match anyway.

The match resumed later and his team Mohammedan Limited won against Abahani Sporting by 31 runs. For nine overs, the target for Abahani Limited was set at 76. They were able to score only 44 at six wickets. It was also alleged that Shakib Al Hasan misbehaved against his rival team officials and Khaled Mahmud Sujon; former Bangladesh captain. Videos of Shakib’s misbehaviour has gone viral and has been shared on various social media handles since then.

Shakib Al Hasan has apologised on social media for his actions after that. He also seemed to have restored cordial relations with the umpires. The Bangladesh Cricket Board has taken cognisance of this offence and has taken disciplinary action against him as stated earlier. “The match referee’s report said that he committed two offences. Shakib kicked the stumps and threw down the stumps. For this, Shakib Al Hasan has been sanctioned for three matches and fined Taka 5 lakh;” stated Kazi Inam Ahmed, the chairman of the Cricket Committee of Dhaka Metropolis (CCDM).

The CCDM is the sub-committee of the BCB which looks after the DPL. Ahmed further stated that the BCB is interested in knowing about the other issues the 12 clubs are facing and a committee has been formed to that effect. He said, “The board president is very much concerned about this [outburst], and wanted to know the root cause: why did it happen? He has asked us to do an investigation before the board meeting this week. A committee has been formed including myself, [BCB directors] Jalal Yunus, Naimur Rahman, Sheikh Sohel, and Raqibul Hasan, the chief match referee [and BCB CEO Nizamuddin Chowdhury]. We will hear from all the managers and captains of all the clubs, about any objection, incident or [contentious] decision during this Dhaka Premier League.”

This is not the first time that Shakib Al Hasan has been accused of malpractices. He has been banned from the Indian Premier League for a year earlier due to malpractices on the field. He has also been accused of misbehaving with people on multiple occasions; including threatening Bangladeshi coaches, cursing the match officials, and threatening to quit the game. Such behaviour goes against the ethics of the game and it is hoped that a player of his stature shall not repeat such practices in the future.