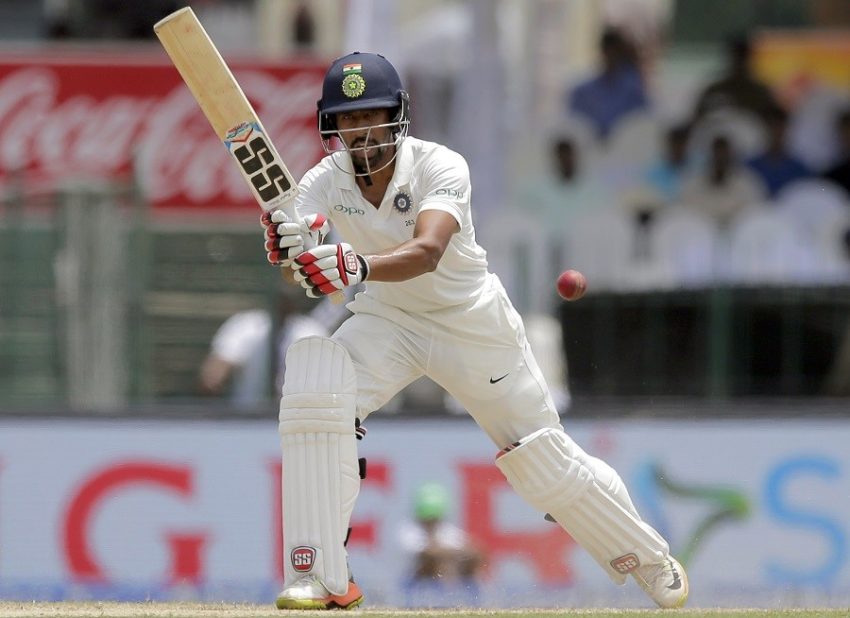 The BCCI is keeping a close watch on Wriddhiman Saha’s injury. Playing for Sunrisers Hyderabad, the wicketkeeper-batsman was struck on his right thumb by a short delivery from pacer KKR pacer Shivam Mavi during the IPL Qualifier 2 at the Eden Gardens last week.

Although Saha, who had opened the innings, kept on batting and made 35 runs in that match, he looked distinctly uncomfortable while keeping wickets.

The injury forced Saha, who returned to the SRH playing XI for the Qualifier 2 after missing five matches with a shoulder injury, to sit out in the IPL. Saha is now back in the city after consulting a Mumbai doctor who has advised him put a protective cap on the injured thumb. With the one-off Test against Afghanistan scheduled to get under way in Bengaluru from June 14, Saha faces a race against time to be fit for the match.

“I don’t know the exact situation, so I cannot comment on whether I would be taking part in the Afghanistan Test,” he said on Thursday. “The BCCI doctor will have the final say,” he added. The concerned doctor will examine a fresh X-ray plate of the injured thumb before deciding whether Saha needs to undergo a surgery. “The doctor will take a call next week,” he stated.

The fact that BCCI has not named a replacement for Saha means they want to give the wicket-keeper-batsman enough time to recover from the injury. “The BCCI is keeping a track of my injury on a day-today basis. The decision lies with them,” Saha said. However, he himself did not seem optimistic about being fit for the historic Test. “To be honest, I might not be fit for that game. It’s not in my hands,” he said.

Saha admitted that he did not have a good IPL this time but is hopeful of getting back among runs soon. “I couldn’t bat the way I wanted to in the IPL. But Test and T20 are different ball games. I hope to do well in the longer version,” he remarked.

In case he misses the Afghanistan Test, Saha felt it will give him an opportunity to go into the five-Test series in England fresh. He is, in fact, looking forward to playing in England. “Every match is difficult. When you play at home, there is actually more pressure. Nobody expects us to lose a Test match at home,” he said.