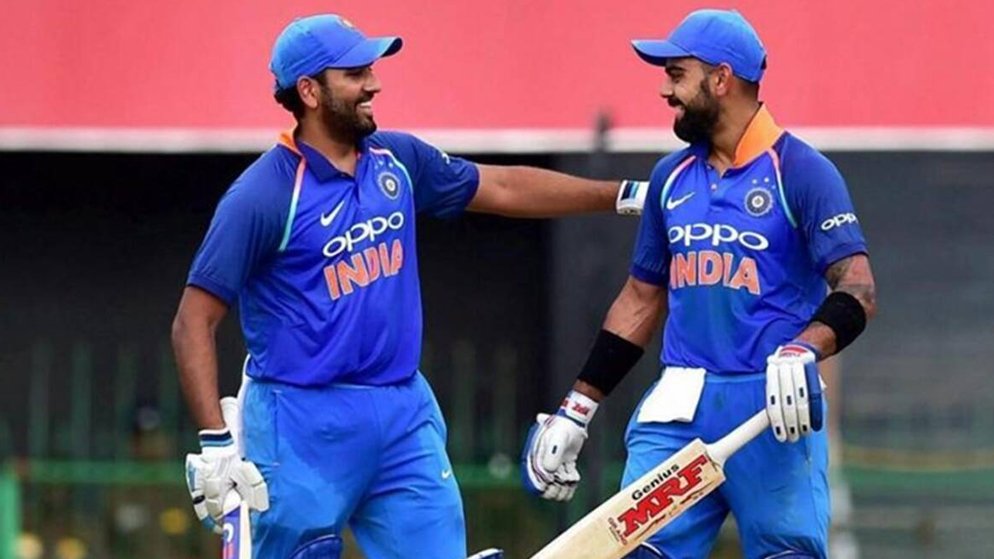 Rohit Sharma is pegged to become the national cricket team’s next skipper in T20 cricket as well as ODIs after the conclusion of the ongoing ICC Men’s T20 World Cup 2021. With Virat Kohli announcing that he will be stepping down from the mantle after the T20 World Cup, speculations had been ongoing whether Kohli’s white-ball deputy for the last 5 years will be handed the responsibility by the Board of Control for Cricket in India (BCCI). These speculations were even backed by Indian cricketing legend Sunil Gavaskar in a recent cricket show where he batted for Rohit to be named the next Indian captain for the T20 World Cup in 2022.

Though Kohli had announced his stepping down as a captain from T20I cricket only, it is likely that Rohit will be named as a skipper for both T20I and ODI given the very short span between the next T20 World Cup in 2022 and ODI World Cup in 2023. Sources close to the decision-makers of BCCI have fueled the speculations by saying that while Kohli will lead the national team in the longest format of the game, Rohit is likely to lead the boys in blue in white-ball cricket.

“I feel I need to give myself space to be fully ready to lead the Indian Team in Test and ODI cricket.”

Exactly a week after sitting down with the selectors to settle the squad for the T20 World Cup 2021 being hosted by BCCI in UAE and Oman, Kohli took to his social media platforms to announce he’s stepping down as the captain of the team in the shortest format of the game. The 32-year-old cited the ‘immense workload’ as an all-format player and as captain for the last decade or so to be the principal reason behind his decision.

Both BCCI president, Sourav Ganguly, and Honorary Secretary, Jay Shah congratulated Kohli for his service as a captain and thanked him for his determination and sacrifices for the team. In a media advisory put up by BCCI, Ganguly was quoted as saying that “The decision has been made keeping in mind the future roadmap.”

In his media statement, Kohli also thanked the players, the selection committee, the coaching staff, and the fans for always standing by him and supporting the team through ups and downs. He also said he will continue to serve as a captain of the Indian team in ODI cricket as well as in Test cricket.

Rohit To Be The Next Skipper

“Definitely, Rohit Sharma for the next World Cup. With World Cups back-to-back, you don’t want too many changes in the captaincy.”

Indian cricketing legend, Sunil Gavaskar had recently been quoted saying this in a show named ‘Cricket Connected’ that is hosted by Star Sports. With someone of Gavaskar’s status picking Rohit quite publicly, few fans think that BCCI will name someone else for the coveted position.

It is also to be noted that Rohit Sharma deserves the position on his own merits. He has donned the blue jersey for 227 ODIs, 111 T20Is and 43 Tests, scoring tons of runs and been a rock-solid batsman for the team. He is also the most successful Indian Premier League (IPL) captain in the history of the franchise league by leading his team Mumbai Indians to 5 successful championships. On this note, Kohli has also stepped down from the captaincy of his IPL team Royal Challengers Bangalore after failing to secure even one championship in his outings as a skipper.

While BCCI is yet to name Kohli’s successor who will lead India in T20I cricket post-2021 T20 World Cup, fans and sports critics think it is only a matter of time before Rohit Sharma will be seen leading the national team to glory in the shorter formats of the game.