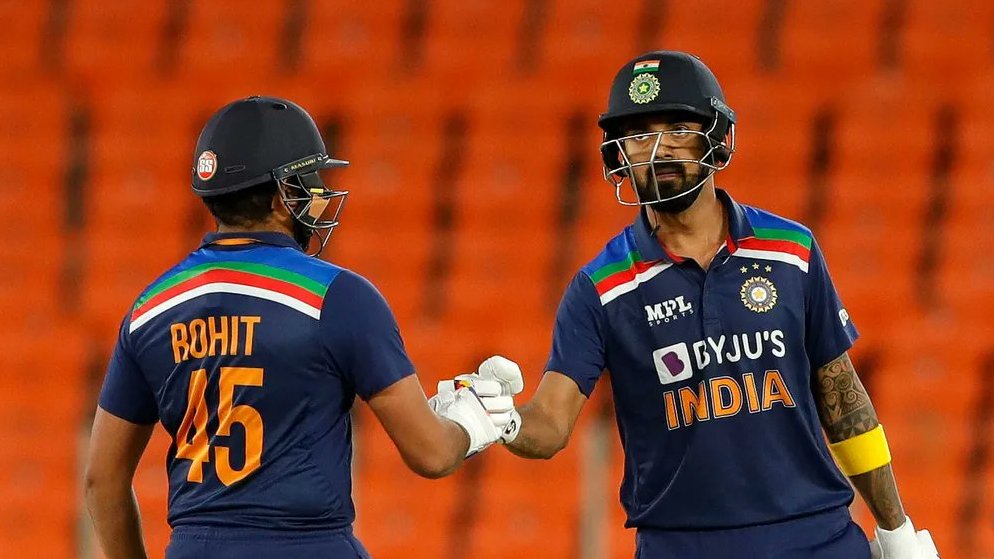 Team India will embark on a fresh new 3-match T20 series against New Zealand later this month. The BCCI made the declaration on Tuesday via social media platform Twitter that Rohit Sharma will lead the Indian T20 side in the upcoming series. The tweet also states that Sharma will have K L Rahul as his deputy. The BCCI has also published the 16-member squad that will take on New Zealand.

Ravi Shastri has been removed from his role as head coach of the Indian team. He has been replaced with Indian batting legend Rahul Dravid. The New Zealand series is going to be the first outing for ‘the Wall of Indian Cricket’.

Kohli Rested Due To Fatigue

Virat Kohli has been left out of the squad due to physical and mental fatigue. He still retains his role as captain of the ODI and Test sides. But continuous pressure of leading the national side has taken its toll on the swashbuckling player. Kohli had been the T20 captain since 2017 and has been struggling off late with his batting form.

He had already announced back in September that he would step down from his role following the end of the T20 World Cup in the UAE. Kohli would be making a comeback in the T20 side as a player most likely in December when India takes on South Africa on foreign soil.

The former T20 skipper was left disheartened to not have performed well on his last outing as captain. His tweet from Monday reads, “Together as one we set out to achieve our goal. Unfortunately, we fell short and no one is more disappointed than us as a side.” He thanked the fans wholeheartedly by adding, “The support from all of you has been fantastic and we are grateful for it all. We will aim to come back stronger and put our best foot forward.”

Board Places Faith On Rohit Sharma

According to internal sources, the board thought that Rohit Sharma was the natural and automatic choice to take over as captain given his track record in the T20 format. Rohit Sharma is also the captain of IPL side Mumbai Indians and has led them to win the trophy a record five times.

He has played in 116 T20 international matches for India so far and has scored a staggering 3029 runs with an average of 32. With this level of experience, the Indian side is expected to perform at a relatively high standard under his watch.

Senior Players Left Out Of The Squad

Along with Virat Kohli, star players Mohammad Shami, Jasprit Bumrah, and Ravindra Jadeja have also been rested. Hard-hitting all-rounder Hardik Pandya has been axed from the team due to his underwhelming performances in the T20 World Cup. He was dishonest about his fitness during the disappointing tournament.

New Faces Come Into The Mix

On the other hand, the cricket board under the chairmanship of selector Chetan Sharma has included a bunch of new faces in the form of Ruturaj Gaikwad, Venkatesh Iyer, Avesh Khan, and Harshal Patel.

Gaikwad had won the orange cap in this year’s IPL after scoring the maximum number of runs for his team- CSK. Iyer had scored 370 runs for his team KKR with an average of 41. He also reached the half-century mark 4 times and took 3 wickets. His contribution was vital for KKR during its march to the final.

Harshal Patel had won the purple cap for taking the most number of wickets in the IPL. His tally of 32 scalps includes a hat trick against Mumbai Indians. Avesh Khan led the bowling attack for the Delhi Capitals in the IPL and bagged a total of 24 wickets for his team.

A new chapter of Indian cricket has unfolded with the appointment of Rohit Sharma as the captain of the Indian team in the T20 format. He has been always been on the lookout for a chance to prove his worth at the international level after being immensely successful in the IPL. Cricket observers have to wait a little longer to find out how the pair of Rohit Sharma and Rahul Dravid functions at the highest level.