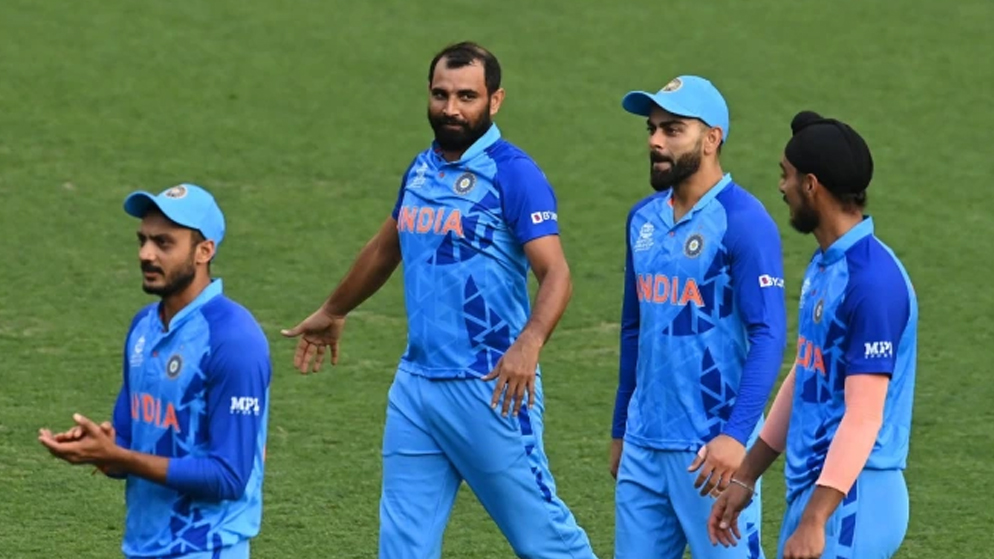 Mohammed Shami made a sensational return to the Indian lineup as his blistering finish helped secure a six-run win over Australia in a lively warm-up of the T20 World Cup.

Shami replaced the injured Jasprit Bumrah for the Down Under tournament and four wickets fell from the last four balls, with defending champions Australia taking 11 to win.

That was Shami’s only left from the game at the Brisbane Cricket Ground, a match in which Aaron Finch (76) found form but only three other Australian batsmen made double figures as they bowled for 180 and lost six wickets with just nine runs from the final.

Shami was originally passed over India in favor of rising stars Arshdeep Singh and Harshal Patel, but Bumrah’s accident presented him with a chance, and he seized that opportunity in a glittering finale that had started with Pat Cummins taking a pair of two, before Australia. The pacer came loose from a barely believable one-handed catch by Virat Kohli on the rim.

More great work from Kohli saw Ashton Agar run off as he tried to slip away, preceding a pair of dazzling yorkers, uprooting wickets from Josh Inglis and Kane Richardson, who were the Australian bowler’s choice with figures of 4-30.

Australia may have missed the pin, but a big bonus for the hosts was that captain Finch took shape on the eve of the World Cup.

Finch had only one half a century in his last 10 T20I hits and amassed just 25 runs in three innings in the series loss to England. The Australian captain not only scored runs against India but also did so with a strike rate of 140.74.

Mohammed Shami – for his first over of the game and delivered. He delivered a pair of deuces and then a run of four wickets, including one that sold out and two scorching yorkers that left Australia at six distances.

At Allan Border Field in Brisbane last year, the other T20 World Cup finalists, New Zealand, had a lost start to their warm-up, coming out just 98. Although Wayne Parnell made the first incisions with Finn Allen’s wickets. and Kane Williamson, New Zealand then succumbed to the spin as the trio of Keshav Maharaj, Tabraiz Shamsi, and Aiden Markram took six wickets between them. Guptill’s 26 from 23 balls was the best attempt on a dismal scorecard.

In response, South Africa ran to a nine-wicket victory, with opener Rilee Rossouw hitting an unbeaten 54 runs from 32 balls with 9 fours and a six.

England defeated Pakistan by 6 wickets in their warm-up match at Gabba, Brisbane. After limiting Pakistan to 160/8, in a rain-stricken 19-overs-a-side affair, England’s mid-order saw them overcome the goal with more than four overs left.

In the at-bat, Shan Masood gave Pakistan a nice start by throwing a limiting flurry on his 39 runs from 22 balls. But the rest of the Pakistani batsmen looked a bit rusty and lost their way in the middle overs. With Babar Azam and Mohammad Rizwan not playing this game, a handful of mid-range players started but none managed to convert it to an average total, despite a helpful cameo from Mohammad Wasim Jr who broke three boundaries and a six. on his 22 out of 16 balls.

For England, Ben Stokes (36 runs from 18 balls), Liam Livingstone (28 runs from 16 balls), Harry Brook (45 runs from 24 balls), and Sam Curran (33 runs from 14 balls) launched a relentless attack after starters fired cheaply. All four maintained a healthy batting rate of over 175 to lead England the other way with two balls left in the 15th.