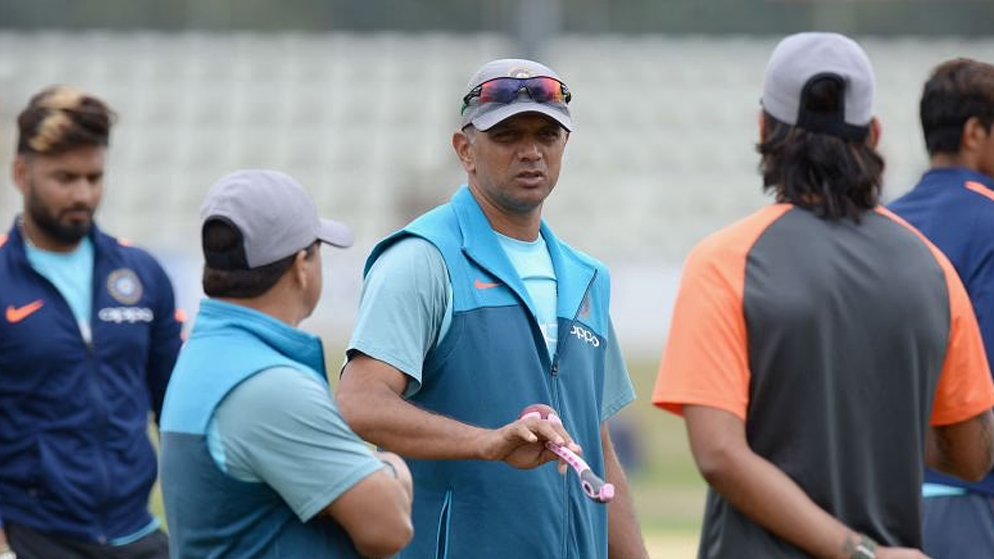 Rahul Dravid, the former Indian captain and the current head of the prestigious National Cricket Academy (NCA) who is also known as “The Wall” for his exploits in Test cricket, will be coaching the Indian team during its tour of Sri Lanka in July 2021. India and Sri Lanka are two of the most prominent cricketing nations in the subcontinent who share an exciting rivalry and Dravid’s long experience in the limited-overs game will surely be of huge help to them. India is scheduled to play a total of six games against Sri Lanka in this tour.

Rahul Dravid has a huge fanbase across the country for his long association with the Indian cricket team. He has a fantastic record of having played  164 tests at a whopping average of 52.2. In the limited-overs games, he has an enviable record of playing 344 ODIs at an average of 39.1. Let us have a look at the details of why and how he has been selected to coach the India team in Sri Lanka.

Why the change of coach

The decision of Rahul Dravid coaching the India team in Sri Lank has been confirmed by a Board of Cricket Control of India (BCCI) official. This particular decision has been taken in light of the fact that the main coaches will be in England with the Indian test team at that point of time. Head coach Ravi Shastri, bowling coach Bharat Arun, batting coach Vikram Rathour and fielding coach R Sridhar shall be accompanying the Indian cricket team or this tour of England.

India is currently in England to play in the final of the inaugural edition of the World Test Championship against New Zealand. India shall stay back in England after this to play a five-test series against them. This test series is scheduled to start on the 4th of August, 2021. The BCCI official said,” The Team India coaching staff will be in the UK and it is best that the young team is guided by Dravid as he has already worked with almost all of India ‘A’ boys. The comfort the youngsters share with him will be an added advantage.“

According to the latest reports, Paras Mhambrey of the National Cricket Academy (NCA) shall also be accompanying Rahul Dravid as the bowling coach to Sri Lanka. Mhambrey has also been associated with the Indian U-19 and India A team in the past like Rahul Dravid.

The Indian tour of Sri Lanka

Not many details of this tour have been made available to the public so far. A total of 20 the senior players of the Indian cricket team shall be in England to play the Test Championship final and the test series against England. Thus, in all probability, a second rung cricket team shall be touring Sri Lanka. The squad for this particular tour is yet to be announced.

Rahul Dravid and the young players of the Indian team will have a challenge in front of them. Given his experience in international cricket and his long association with the Indian cricket team, Dravid will surely be able to bring out the best in these youngsters. Fans of cricket and of Rahul Dravid will be looking forward to this series for sure, especially after the cancellation of multiple leagues and series due to the second wave of the pandemic.