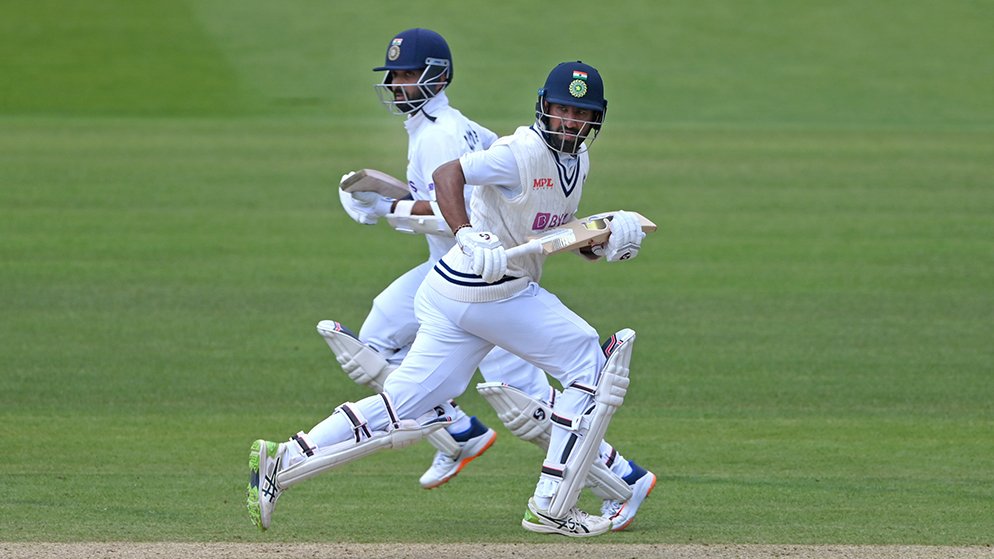 In what is being seen as a ‘changing-of-the-guard’ series, Team India is being prepped up by the Board of Control for Cricket in India (BCCI) for the upcoming 2-Test series against a visiting Sri Lanka. In this regard, the governing board of cricket in India has made some significant changes to the official squad list that was released this week. In a significant move, the board has removed two of the senior batters of the Test side for the last several years- Ajinkya Rahane and Cheteshwar Pujara.

Apart from the two senior batters of recent times, veteran pace bowler Ishant Sharma and wicketkeeper-batsman Wriddhiman Saha have also been axed from the side that is scheduled to face the Lankans. While announcing the squad for the series, the BCCI also made the appointment of Rohit Sharma as India’s Test skipper official. By becoming the captain of the Test side as well, Rohit Sharma has now become captain of all three competitive formats of the game of cricket- Tests, ODIs, and T20Is. This has been a landmark moment for the stylish batsman from Mumbai, who has remained behind Virat Kohli in the pecking order of the team for many years. Now that he has been made the undisputed skipper of Team India, the media’s attention would be fixed on him for the next few weeks at the least. Rohit Sharma is currently enjoying a bright start to his captaincy period. It is hoped that this form continues well into the Test series against Sri Lanka and beyond.

Selection Committee Not Ruling Out A Return Of Dropped Players

While discussing the choice of players for the new-look Indian Test side, the Chairman of the Selection Committee of the BCCI, former Indian cricketer Mr. Chetan Sharma, said that the board had intimated all the four senior players. They have been sidelined from the Sri Lanka series, and the door of returning to the national side has not closed yet. Mr. Sharma reiterated to the media representatives that he has personally informed the dropped cricketers about the current situation and that all possibilities of them returning to playing Test cricket for India are open. Mr. Sharma further added that they had been advised to get active in the domestic cricket circuit to get their form back at the earliest. The Ranji Trophy will be an excellent platform for the players to practice their skills and return to their touch. This is precisely what Mr. Sharma has told the players who would not be seen in the Sri Lanka series.

One being asked about the chances of the excluded players making a comeback to the team, Mr. Sharma said, “Why not? They have played for the country for so long, why not? Ajinkya got a hundred yesterday. A cricketer’s graph goes up and down. It is very important for the selectors to take care of the cricketers when they are going through a rough phase. You just can’t strike their name permanently. We have told them that we will not consider for these two Test matches. There is nothing wrong if we have told the four of them that we are not considering them for these two matches. We will consider them later.”

Mr. Sharma added, “In the meanwhile, let’s see how the others do. We are nobody to close doors on anybody. We have told them a period. I have requested all four of them to play Ranji, which is very important because the selectors are looking closely at Ranji Trophy. That is how we know where you are at. We spoke to the four of them immediately after South Africa and told them we are not picking them for these two matches.”

Ravindra Jadeja Makes A Return To The Test Squad

In a move that is being lauded by cricket fans, the board has picked battle-hardened all-rounder Ravindra Jadeja for the Sri Lanka Test series. As most of us are aware, Jadeja was down with an injury at the second Test match against New Zealand a while back. He has been declared fit by the National Cricket Academy and will be joining his teammates very soon.