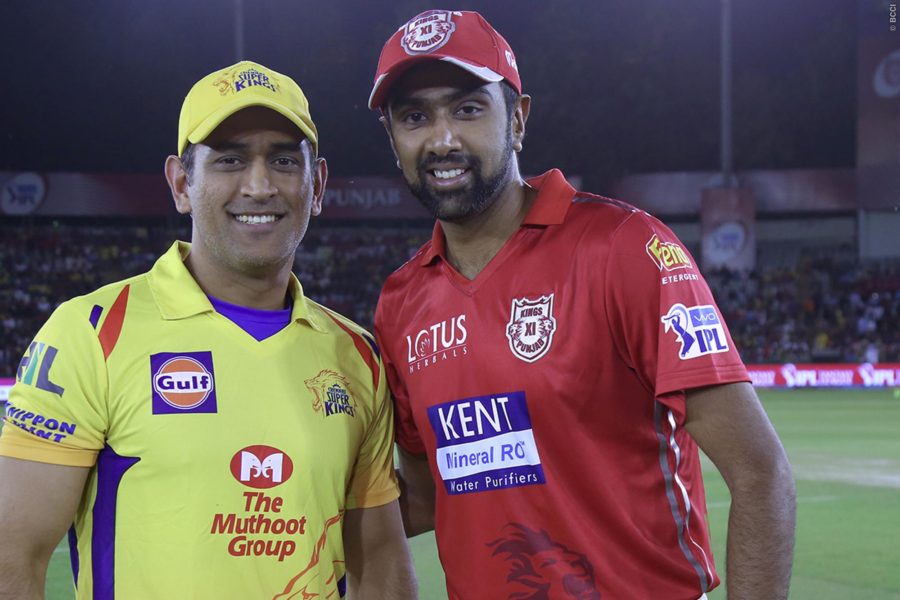 Match 56 – the final league fixture of VIVO IPL 2018, will feature the Chennai Super Kings and Kings XI Punjab. While the former have a guaranteed berth in the playoffs, KXIP will see hope in the mathematical probability that they can still sneak into the top four. The realistic chance for KXIP to make the cut is if MI to lose to DD (or share points) earlier in the day, and they then beat CSK by a huge win so their net run rate can become better than that of the Rajasthan Royals’.

In their previous match, CSK were caught out by a slow pitch and lost to the Delhi Daredevils. In the post-match chat, the CSK captain MS Dhoni said he wasn’t unduly troubled by the loss since the pitch had drastically slowed down and stroke-making was extremely difficult. CSK will be back at the familiar surrounds of their adopted home ground where they defeated the table-toppers Sunrisers Hyderabad the last time they played there.

Kings XI Punjab have had a dreadful run in recent times. Table-toppers at one point in time and an outfit considered a sure shot playoff qualifier, KXIP now rely on prayer and a complete domination. The Ravichandran Ashwin-led team have only one win in their last seven matches; that is in stark contrast to the first half of the season when they won 5 of their first six matches.

In CSK’s previous match in Delhi, the only batsman (from both sides) who stamped his authority on a difficult batting surface was Ambati Rayudu; the 32-year old has been relishing the task of opening the innings and is batting with a lot of freedom. The CSK opener is one of the few batsmen equally adept against pace and spin, and is unafraid to play the aerial strokes; he has a strike-rate of 161.64 against pace and 144.37 against spin, and has struck a total of 33 sixes so far this season. Shane Watson and MS Dhoni are the two other in-form batsmen for CSK; the latter has a season aggregate of 438 runs, while Dhoni’s aggregate stands at 430 runs (S/R 155.23).

The one batsman whose stock has risen by several notches in VIVO IPL 2018 is KL Rahul. The KXIP opener, who began the season smashing the fastest-ever half-century, has since shown he the temperament to bat long too; in three of his last five innings, Rahul has batted to the end twice and till the 19th over one other occasion. Rahul’s opening partner – Chris Gayle – is the one other batsman capable of causing substantial damage with the bat; the Jamaican was sensational in his first few appearances but has gone off the boil in recent times. If KXIP are to make an improbable last minute dash to the playoffs, the two openers will have to come up with an extraordinary performance.

KXIP’s batting has generally been powered by their two openers – KL Rahul and Chris Gayle. If Deepak Chahar, who has been extremely impressive with the new ball, is able to knock out them, he will have done a job for CSK.

Andrew Tye, the Purple Cap holder, is KXIP’s best bowler. The Australian has been used sparingly in the early overs and is generally brought on late in the innings. Tye’s numbers in the death overs are outstanding; he has 13 wickets and an economy rate of 7.81 when bowling in the last five overs of the innings.

Mujeeb ur Rahman – KXIP’s second-highest wicket-taker – is an invaluable asset; KXIP have missed him in the last couple of games after the young lad took a blow to his bowling hand. It will be a big boost for KXIP if the Afghanistan spinner has recovered – particularly given CSK’s struggles against spin.

In matches played at venues other than the two team’s respective headquarters, the head-to-head reads 4-4.

In the most recent meeting between these two teams at Mohali, Mohit Sharma bowled a fantastic last over to deny MS Dhoni and Chennai Super Kings right at the death. The KXIP pacer had 17 to defend against a well-set Dhoni, but conceded only 12 to lead KXIP to a 4-run win.

KL Rahul’s aggregate of 652 runs this season is the best season aggregate by a KXIP batsman in the IPL; he broke Shaun Marsh’s decade-old record of 616 runs.

The Chennai Super Kings have a 5-1 win-loss record in their home matches; they won the one match they played in Chennai, and have gone on to win 4 of the 5 matches they’ve played in Pune.

Chris Gayle and MS Dhoni are on the brink of getting to the 4000 IPL runs milestone; Gayle needs 6 more runs, while Dhoni is 10 short of the milestone.

If CSK win, they will feature in the first of the playoff matches against Sunrisers Hyderabad in Mumbai on May 22. If CSK lose and slip out of the top two, they will play the Eliminator in Kolkata on May 23.

In the highly unlikely event that KXIP are able to sneak into the top four, they will compete in the Eliminator, scheduled to be played in Kolkata on May 23.