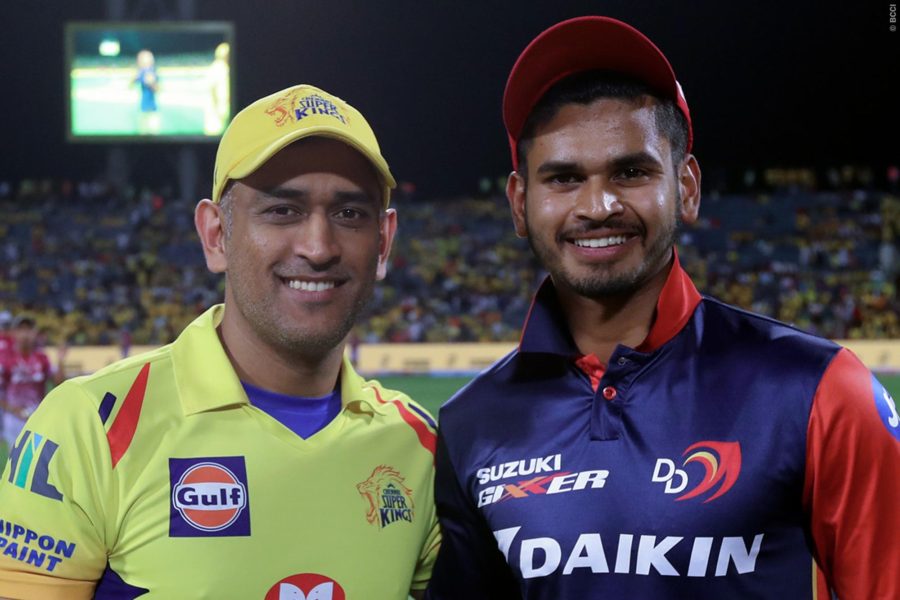 The Delhi Daredevils and Chennai Super Kings will lock horns in Match 52 of VIVO IPL 2018. CSK have won 8 of their 12 matches; one more win will take their tally of points to 18, which will guarantee them a place in top two positions at the end of the league season. The Delhi Daredevils are at the floor of the eight-team table and are wooden spoon contenders; DD have won only 3 of their 12 matches – their last win was against the Rajasthan Royals on May 2.

After a poor start to the season, the Daredevils, in a desperate bid to resurrect their campaign, replaced their regular captain and handed the reins to Shreyas Iyer. That decision, and the win that followed immediately, briefly gave DD some hope. However, since then, the Daredevils have managed only one more win in the following five matches. In their most-recent match against RCB – on May 12, they ended on the wrong side of the result despite posting a competitive 181-4 batting first.

The Chennai Super Kings are coming into this at the back of a resounding win. In their last outing, on May 13, CSK prevailed in a clash against the table-toppers Sunrisers Hyderabad; CSK chased down 180 quite convincingly. Shane Watson and Ambati Rayudu, who would go on to score his maiden T20 hundred, gave the team a strong start, after which Rayudu stitched together a partnership with MS Dhoni to seal the chase. CSK will be aware that they haven’t fared too well on the road in their last couple of matches; they lost to KKR at the Eden Gardens and RR in Jaipur. That’s an area MS Dhoni and co. will seek to improve, given they will have plenty of games to play outside of home (and adopted home venue) in the coming days.

DD are packed with talented Indian batsmen. Rishabh Pant has flirted with the Orange Cap; the left-hander has made runs almost on every visit to the crease. Pant has been DD’s top-scorer in four of their last five matches; he has made scores of 79, 69, 18, 128* and 61, and is in a rich vein of form. Among the others, Prithvi Shaw and captain Shreyas Iyer have looked good too – though they have not made an impactful contribution in the last couple of matches. The teenager Abhishek Sharma, who made his debut in the previous match, made an instant impression with his body language, the strokes he played and the confidence he exuded while at the crease.

CSK have an in-form batting line-up. There are only ten batsmen with an aggregate of 400 runs or more this season; three of those batsmen don the CSK jersey. Suresh Raina has hit form recently (the left-hander has an aggregate of 315 runs against his name). The team’s lynchpins are the two men at the top – Shane Watson and Ambati Rayudu. MS Dhoni has been sensational in his role as finisher; the CSK skipper, who has predominantly batted at 4 or 5, has now been not out in the last five innings.

Trent Boult is Delhi Daredevils’ top wicket-taker; the Kiwi left-arm pacer has been successful with the new ball and in the death overs, and has taken wickets in 9 of the 12 matches he has played. Amit Mishra was overlooked in the early days of the tournament, but since his return to the team, the 35-year old has illustrated that skill and experience make for a deadly combination. After returning figures of 0-76 in his first two matches, Mishra has since picked up 7 wickets in 6 matches, and has an economy rate of 6.95.

Deepak Chahar has become an invaluable asset for CSK; the 25-year old has been sensational, particularly with the new ball. In three of the 8 matches he has played in, the pacer from Agra has finished with an economy rate under five. Dwayne Bravo’s expertise in the death overs is a huge asset for CSK.

The Chennai Super Kings have hit the most sixes in VIVO IPL 2018; their batsmen have hit a total of 116 matches in 12 matches this season.

Delhi Daredevils have the poorest economy rate of all teams in VIVO IPL 2018 – 9.34.

The Delhi Daredevils will play their last fixture of VIVO IPL 2018 when they take on the Mumbai Indians at home on May 20 (4pm). Later that evening at 8pm, the Chennai Super Kings will feature in the final league stage fixture of the season; CSK will take on Kings XI Punjab in Pune.