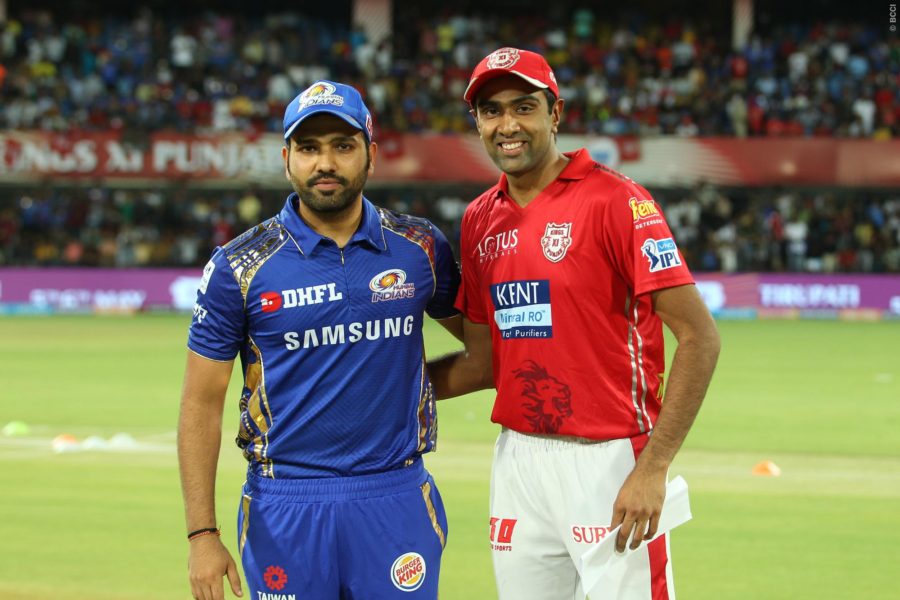 The Mumbai Indians and Kings XI Punjab will be locked in a contest for two crucial points when they meet in Match 50 of VIVO IPL 2018. Five teams will contest for the two remaining playoff spots; KXIP are currently fifth – one place above Mumbai Indians in the eight-team table. KXIP have six wins from 12 matches, while MI have five wins from the same number of matches.

KXIP were table-toppers at one point in time, but have since slipped down the table; they had five wins in their first six matches, but have since managed to post only one win in their next six matches. Most recently, on Monday evening, they received a proper pounding at the hands of Royal Challengers Bangalore; first, they lost all ten wickets for52 runs to be bundled out for 88 in 15.1 overs, and then they allowed RCB to cruise to a 10-wicket win.

Reflecting on his team’s performance in the first half of the season and the drastic change in fortunes since, the KXIP captain Ravichandran Ashwin said about his team, “We aren’t one of the top champion sides, and we punched way above our weight in the first half of the competition. I did expect a run like this to happen to us, but not to this extent. I would have expected that we would have one or two more matches and already got to 14 or 16 points.”

The KXIP skipper sounded hopeful though, that his team could still turnaround their fortunes in their next match in Mumbai. He said, “We’ve lost three on the bounce now, and I think we can’t lose four in a row. Mumbai is a place where there’s a lot of bounce and generally, the overseas batsmen love it. I hope the overseas batsmen will come good. KL [Rahul] is batting well, and maybe in the next few games our batsmen will score three hundreds and we could go on to win the tournament.”

Mumbai Indians cannot afford to lose anymore. The defending champions had lost five of their first six matches but won four of their next five matches to stay afloat. Sunday’s loss to RR has derailed some of the momentum they’ve built, but they will be feeling confident given they will be playing at home, and against an opponent, they’ve already beaten once.

MI will expect Suryakumar Yadav to extend his streak of consistency, and add more this kitty. They also need their captain Rohit Sharma – who was dismissed for a first-ball duck in the previous match – to step up and play one of his match-winning knocks.

Given their domination so far this season, Kings XI Punjab’s batting order almost starts and ends with their two openers. KL Rahul and Chris Gayle have been phenomenal – individually and as a pair. KXIP need a big score – ideally a three-figure score – at least from one of them, along with useful contributions from the rest of the cast.

MI will rely on their quicks to do plenty of damage with the ball; Hardik Pandya, JaspritBumrah and Mitchell McClenaghan have taken 43 wickets between them.

Andrew Tye will look to firm up his grip on the Purple Cap; the Australian has taken 20 wickets so far and has been extremely successful at the death. Given his success in international cricket, it was expected that Ravichandran Ashwin would be the leader of the KXIP attack.The off-spinner has gone wicket-less in six of the last seven matches, and KXIP need a captain-like performance in this game. There has been no word on the availability of Mujeeb ur Rahman, who missed the last word because of injury. Going by what the Ashwin mentioned after the previous match, the injury to Mujeeb’s finger and wrist appears pretty serious and KXIP need someone to fill in that void.

Mumbai Indians’ runs per wicket lost in the first six matches was 23.17; the corresponding number in the next six matches is 36.48.

Kings XI Punjab’s runs per wicket lost in the first six matches was 29.73; the corresponding number in the next six matches is 19.84.

Both teams will be seen in action next on May 20 – the last day of the regular league season. The Mumbai Indians will play their last league fixture against the Delhi Daredevils in Delhi (4pm), while Kings XI Punjab will feature in the final league fixture of the season – against Chennai Super Kings in Pune (8pm).