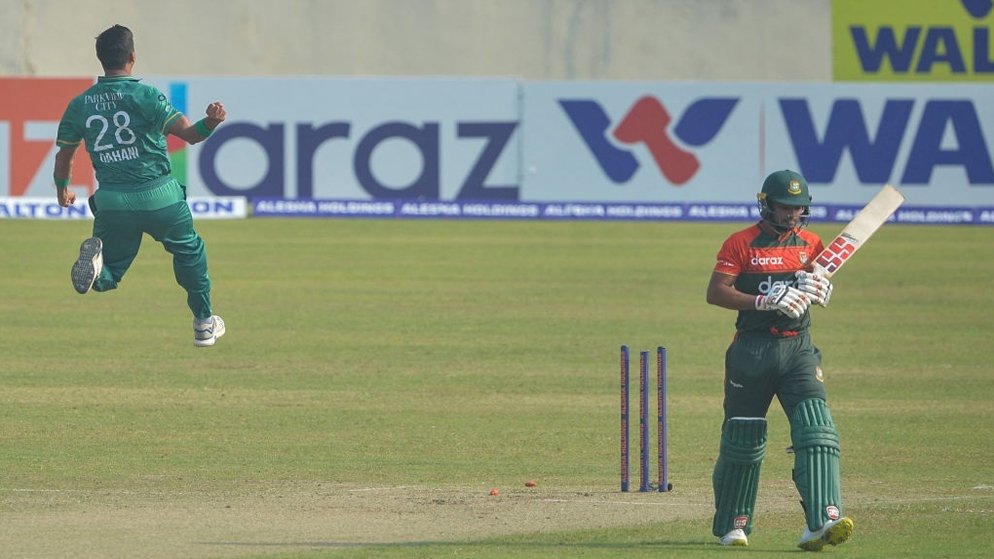 The hosts went into this game intending to keep their pride intact by not allowing the visitors to attain a whitewash. However, they could not put their plan into practice and managed to put up a target of just 125 for Pakistan to chase. The Pakistani batters were pretty comfortable in their task until the game reached its final minutes. Bangladesh skipper Mahmudullah made a surprise decision of opting to bowl the final over himself. He made an instant impact by taking 3 quick wickets. In the last ball of the game, Mohammad Nawaz kept his cool and hit a boundary to see Pakistan through.

Bangladesh Stuck To Same Tactics And Suffered As A Result

This has been a disappointing series for Bangladesh, to say the least. There was talk of how they would take advantage of their home turf to pile up pressure on a visiting Pakistan before the series commenced. But they failed to produce satisfactory performances throughout the length of the series.

As television pundits have pointed out, Bangladesh followed the same tactical approach in all three games they played. Skipper Mahmudullah won all three instances of the toss and chose to bat first in all of those. This came as a surprise to many since the dew factor on the ground was surely not proving to be a strong point. In all three matches, Bangladeshi batsmen could put up non-competitive totals for their bowlers to defend. Seeing as the Pakistani side boasts the game’s best opening duo and a dependable middle-order, any target below 150 was never good enough.

Bangladesh captain Mahmudullah expressed his distress while speaking to the reporters. He talked about his team’s failure in closing off Pakistani batters when they had a chance in the middle overs. Mahmudullah came on to bowl the final over and reversed the momentum of the game by sending three opposition batsmen back to the pavilion. He said, “Batters from both teams struggled a bit. We needed to spend more time at the crease to capitalise.”

Pakistan legend Shahid Afridi took to social media platform Twitter to vent his frustrations with the pitch standards in Bangladesh. His displeasure regarding the sub-standard nature of the pitches was stark in these words- “Bangladesh really need to do some soul searching, do they want to win on such pitches and give ordinary performances abroad and in World Cups? They have great talent and passion for the game but desperately need better pitches if they want to progress.” He also congratulated the Babar Azam-led Pakistani team for holding on to their great run of form from the World Cup.

Facing reporters during the post-match presentation ceremony, Pakistan head coach and spin legend Saqlain Mushtaq said, “I will give a lot of credit to Bangladesh here. These conditions were quite strange from the UAE but our guys had their confidence high and they executed their skills beautifully. The boys are trying to tick a lot of boxes, helping each other, enjoying each other’s company. It’s a great thing for Pakistan that even the boys on the bench are very passionate and they are working very hard and pushing each other.”

Babar Azam is having a brilliant season with his bat. Not to mention that this form and confidence is getting reflected in the manner he is carrying his team lately. At the post-match prize distribution ceremony; a beaming Azam praised his teammates for displaying a great level of team spirit to achieve the whitewash. He said, “The way every individual has performed, credit to the group. There is always scope for improvement.”

A victorious Pakistani side will now get only four days to recuperate from their weariness. The 2-Test match series that will see these two sides go at each other again will start from November 26. The first of the two test matches will be played in Chittagong.