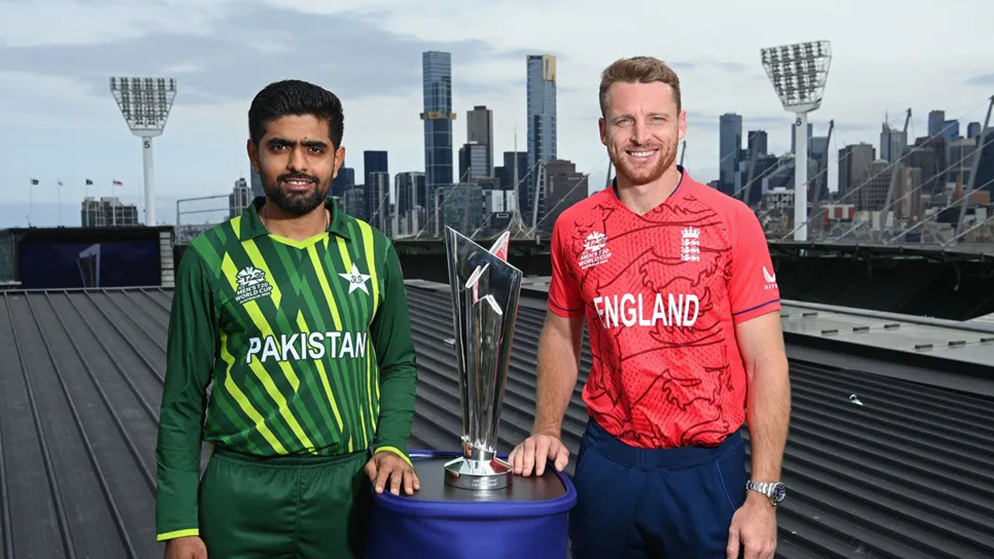 With the top 2 batsmen taking shape at a crucial moment, Pakistan defeated New Zealand in the first semi-final to advance to the final of the 2022 T20 World Cup. Babar and Rizwan are chasing 153 runs to win and reached a half-century when the starters added. 105 runs for the opening field, which eases Pakistan’s path to the final.

Shan Masood was the top scorer of this World Cup for Pakistan after Rizwan (160 runs) and has registered 137 runs in 6 innings, with 3 remaining unbeaten. Iftikhar Ahmed is the only other batsman to exceed the 100-run mark for Pakistan, having scored 114 runs in 6 innings. Mohammad Haris has impressed in the last 3 games, scoring 89 runs with a strike rate of 161.81 while Shadab maintained a strike rate of 177.27 and played an exceptional strike against South Africa, which proved to be a turning point for Pakistan in this World Cup. Dish.

While Pakistan was lucky enough to qualify for the semi-finals, they have had an exceptional pace after the first two defeats: a close encounter against India and an even stronger defeat against Zimbabwe. However, they have beaten strong-looking South Africa and New Zealand in their last two games and are currently unstoppable.

Great credit can be given to the return to mold pacemaker Shaheen Afridi for the same. In the game against South Africa, Shaheen sent off the explosive batsmen: Quinton de Kock (0), Rilee Rossouw (7), and Heinrich Klaasen (15) and returned with a record of 3/14 from 3 overs. In the semi-finals, Shaheen took the wickets of Finn Allen and captain Kane Williamson, putting Pakistan on average out of New Zealand in total.

Shaheen Afridi has taken 10 wickets so far in this tournament, while legspinner Shadab Khan has also taken 10 wickets. Along with these two, Mohammad Wasim and Naseem Shah were also exceptional with their form and have an economy below 7.

England, on the other hand, took a resounding 10-wicket win in the second semi-final against India, chasing a 169 runs. Like Babar, Buttler first showed his form at this World Cup in the semi-finals, breaking 80* runs from 49 balls with 9 fours and 3 sixes.

On the other hand, Alex Hales is making a dream comeback, as he scored 86 runs off 47 balls on 4 fours and 7 sixes and was named man of the match. England’s batting line-up is packed with explosive batsmen: Phil Salt, Ben Stokes, Harry Brook, Liam Livingstone, Moeen Ali, and Sam Curran.

Although spinner Adil Rashid has only managed to take 2 wickets in the tournament so far, he has maintained the best economy of all English bowlers (6.25) and has helped stem the flow of runs in the middle-overs. Ben Stokes (6.40) has the best economy on the team after Rashid and has taken 5 wickets in 5 games.

The match will be played at the MCG in Melbourne. The itch here is good for hitting, and hitters enjoy bouncing and carrying. The terrain favored the chase, with 160 being the even score.

Rain is forecast in Melbourne during the day on Sunday. At night the temperature drops to 13 degrees and almost 7 mm of rain are expected. The humidity is expected to be around 86 and there is a 70 percent chance of rain.

In case of rain on Sunday, the PAK vs ENG final will be moved to the booking day (November 14). If it is not possible to play even on the booking day, both Pakistan and England will share the title.

England has won 4 out of 5 shots in this 2022 T20 World Cup. Meanwhile, Pakistan has just won 1 out of their 6 shots in this competition. This makes England the favorite to win the draw in this match.

While the two teams are the best in the tournament, as evidenced by their performance in the semi-finals, the meter for victory is tilted in England’s favor. The Three Lions are also the higher-ranked team than Pakistan but make no mistake, the Men in Green can beat any opponent on any given day. That said, the Three Lions are going in as the favorites for the game.