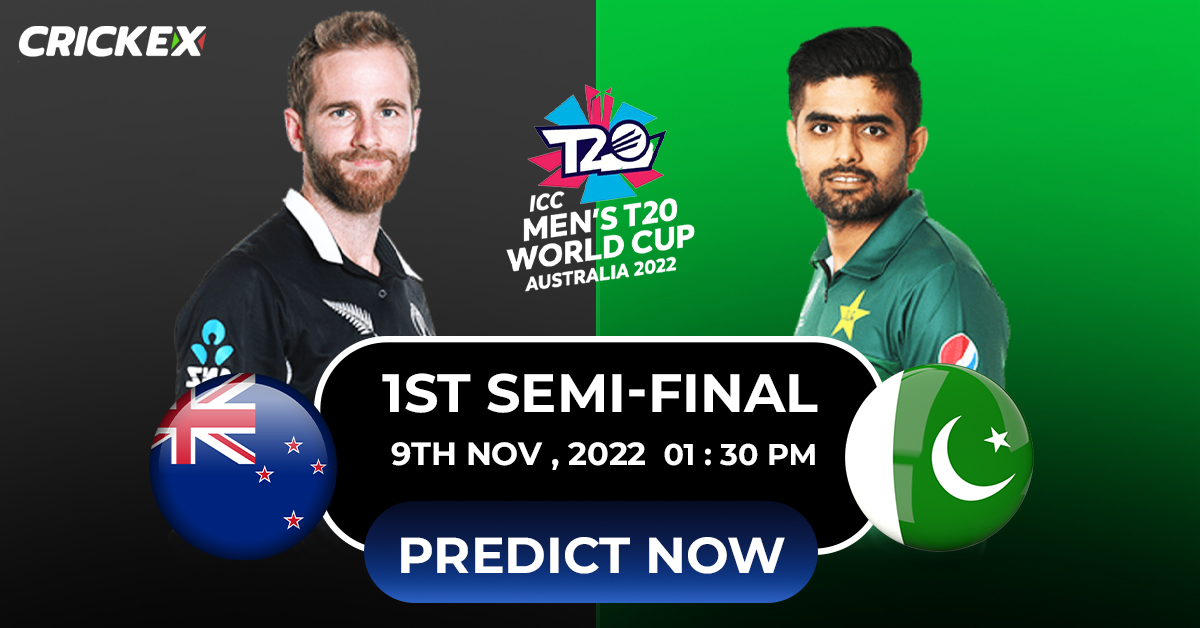 New Zealand vs Pakistan Semi Final: Cricket fans are ready to witness another great T20 World Cup fight. The first semi-final of the 2022 T20 World Cup will be played between New Zealand and Pakistan on Wednesday 9 November 2022 at Sydney Cricket Ground, Sydney. We are posting a safe, accurate, and secure match prediction of the ICC T20 World Cup 2022 today.

Today’s Match Prediction – New Zealand vs Pakistan Who Will Win

NZ vs PAK likely to play XIs and Squad

The first semi-final of the 2022 T20 World Cup will be held at Sydney Cricket Ground, Sydney. We had noted in previous games played here that the pitch here at this location is good for hitting. The delivery is dynamic and fast, and scoring runs is not very easy in the early and middle overs. We expect the surface to become slower and a little harder to hit in this game. A score of 180 is going to be difficult.

The weather forecast for today’s game in Sydney predicts some clouds on match day and the forecast also predicts some chance of rain, but we expect a full and uninterrupted game.

The draw plays a major role in deciding all T20 World Cup matches. Having a good total on the board is always a big advantage in these kinds of big games. According to our toss prediction, the team that wins the toss can choose to bat first. Remember that a total of six ICC T20 World Cup matches were played at this venue and all matches were won by the first batting team.

New Zealand is full of experienced and young players in the t20 format. The batting order for this team is also strong and some well-known t20-format batsmen are part of this team’s roster, so the chances of winning today’s game against New Zealand are increased. The comparison of who will win today’s cricket match prediction and who will win today’s cricket match is given below.