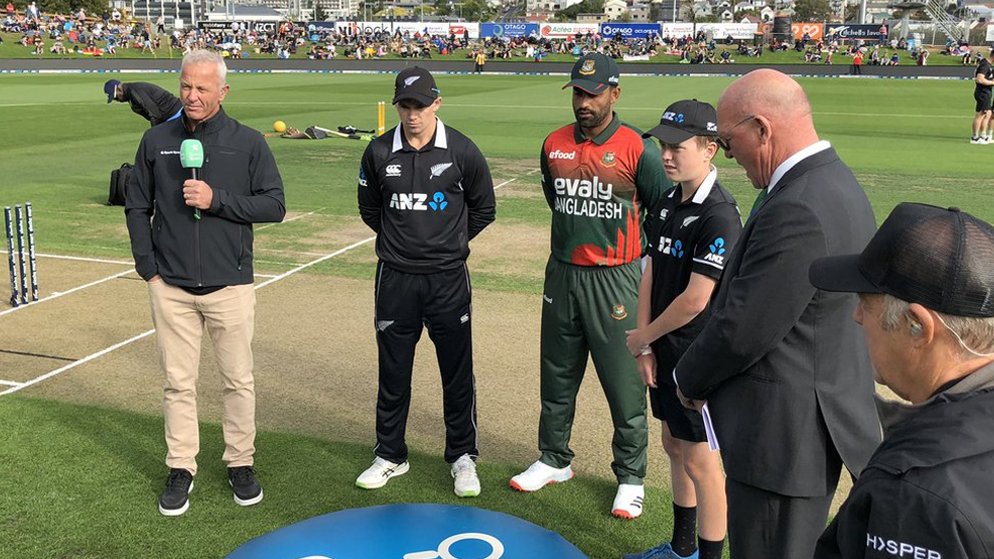 The Bangladesh tour of New Zealand is coming up in the first two weeks of September. Bangladesh and New Zealand have undergone major changes as teams in the past few years. Neither of them are considered underdogs. New Zealand had made it to the final of the World Cup in 2019 and recently won the inaugural edition of the World Test Championship in 2021 against India.

This win has greatly boosted the spirits of the team, which had already been performing well across formats. Bangladesh has also had a good run in international cricket recently. It defeated Australia in the five-match T20 series that was held in July. This win, which has been termed “historic” by fans and observers of cricket, has greatly boosted Bangladesh’s confidence. However, New Zealand, which has sent a “second string” for the series, has claimed that it is ready to handle the spinning pitches of Bangladesh, on which Australia had faltered earlier this year. Let us have a look at the details of this announcement.

All the matches of this series shall be held at the Sher-e-Bangla National Stadium in Mirpur, Dhaka. The matches shall be held on the 1st,  the 3rd, the 5th, the 8th, and the 10th of September, 2021. This series shall be quite crucial as this will serve as a preparation for the upcoming T20I World Cup in October 2021 in the United Arab Emirates. The Australia-Bangladesh series saw slow, spinning pitches which the visitors were not able to adapt to. As a result, the hosts won 4-1. New Zealand too, does not have a lot of experience in handling spinning pitches. It was only able to win a single T20 match in the last two times they toured Bangladesh.

However, the team has not sent a very robust team for the tour. None of the players who have been sent are a part of the squad for the upcoming T20I World Cup. Tom Latham shall be captaining the side in place of Kane Williamson. The New Zealand players have also predicted that Bangladesh might offer them slow, turning pitches after all. The veteran bowler is the only member of the squad to have toured Bangladesh previously.

The lack of success on Bangladeshi soil and the absence of big names from the squad shall be a huge motivating factor for the players, he stressed. He said, “we have come together as a group and do a job for the country. I have come to Bangladesh before and got beaten 4-0. We haven’t had a lot of success here, so it is a huge motivating factor for us. We’d love to go back to New Zealand and say we won a series in Bangladesh, especially when you see what happened to Australia and other top teams who have struggled in Bangladesh.”

Bennett is also mentally prepared to face Bangladesh after he saw how the hosts decimated Australia earlier this year. He added, “It was fun and games [against the Australians]. I assume it will be the same. We are thankful for that Australia series to know how Bangladesh will approach us. But it is one thing knowing how they will approach us, and another thing playing in those conditions. We have four or five days of training to find out if our game plans will suit these types of wickets.”

Bennett is not surprised at the spinning pitches as he emphasized that New Zealand also does the same; it produces bouncy pitches whenever Bangladesh visits them. “I think whenever Bangladesh comes to New Zealand; we produce bouncy and pacy ones that they find uncomfortable; and when we come over here, they will produce those that turn and ones we find uncomfortable. I think its great”, he said.

The series and the pandemic

The series had run into some doubts as the pandemic was rapidly spreading in New Zealand but thankfully due to the initiative of the two cricket boards it is being held. Bennett said, “It was a tough long flight but getting off that plane; we were very fortunate that we are very well looked after.  I can’t thank their cricket board and the government enough for what they did, to get us as safe as possible. The plans and process that BCB put in for us, has been amazing. They have done a superb job of minimising those risks.” All the players have been placed in quarantine for three days after their arrival. In fact, one of the players, – pace bowler Ben Sears is quite happy since he shall be able to catch up on his reading after a long time.

New Zealand might brace itself for the spinning pitches but there is more to Bangladesh than that. One can definitely hope for a good contest in this series.