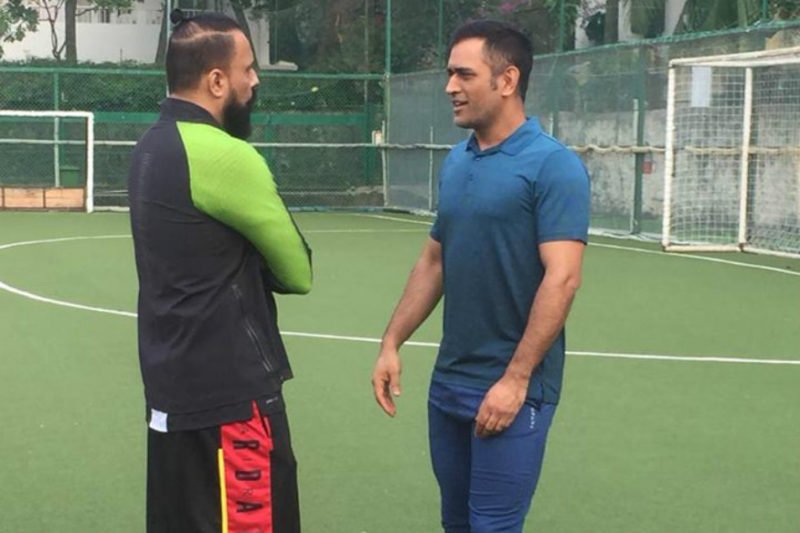 After team India’s Asia Cup success, MS Dhoni took some time off cricket and was seen practicing some football in Mumbai.

Dhoni took part in a charity football game in Mumbai on Sunday along with other celebrities, which included the likes of Nick Jonas, Ishan Khatter and Dino Morea.

The recently concluded Asia Cup also saw Dhoni captaining the ODI team for a record 200th time, when he led the men-in-blue for their clash against Afghanistan.

He became only the third cricketer to captain in 200 ODIs after Ricky Ponting and Stephen Fleming.

Dhoni took over as the captain of India for the first time after 696 days, since stepping down in January 2017. He had last captained India in the ODI series against New Zealand.

After winning the Asia Cup, MS Dhoni is back on the football pitch in Mumbai. #football #msd #thala #msdhoni #celebrityfootballmatch

“I was not really sure of where I am standing. I have captained 199 ODIs, so this gives me an opportunity to make it 200. It’s all destiny and I have always believed in that. It’s not in my control, once I left captainship. Good to complete 200, but I don’t think it really matters,” Dhoni had said, when asked about the achievement.