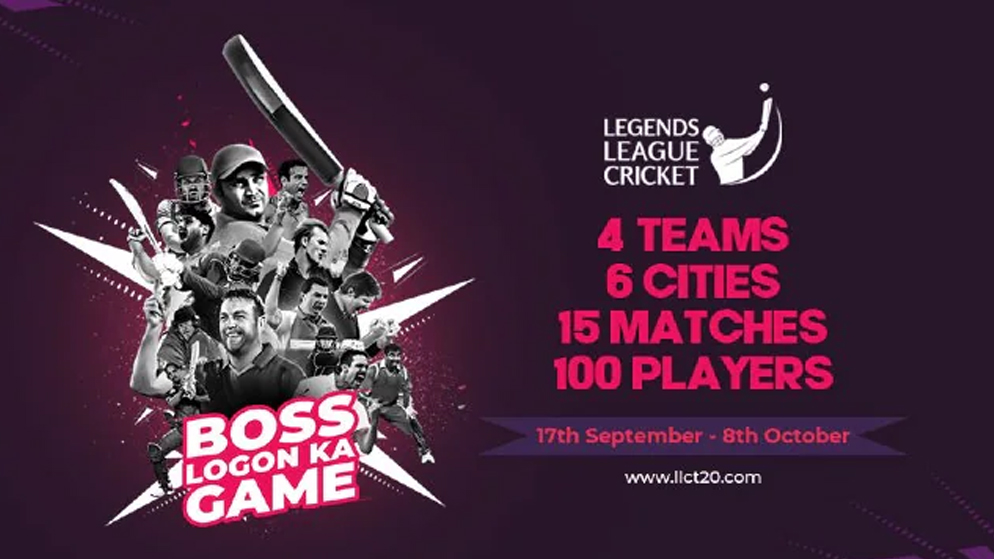 The organizers of the Legends League Cricket 2022 T20 tournament have revealed the season schedule and also mentioned the venues where the matches will be played. The entire tournament will be played from September 16 to October 8, 2022.

The tournament kicks off with a special match at Eden Gardens in Kolkata between India Maharajas and World Giants. The Indian team will be led by BCCI president Sourav Ganguly and the world team will be led by Eoin Morgan. This match is played in commemoration of the 75th anniversary of India’s independence.

Apart from Kolkata, which will host a total of 3 matches from September 16-18, the other venues for the 2022 Legends League Cricket are New Delhi, Cuttack, Lucknow, and Jodhpur. The locations for the playoffs and the final will be announced at a later date.

All fields will have three matches each except Jodhpur and Lucknow where two matches are scheduled.

For the final game of this season, we look at Dehradun: Raman Raheja, Co-Founder, and CEO, Legends League Cricket

Raman Raheja, Co-Founder, and CEO of Legends League Cricket said: “The wait is over for our fans and viewers. They can plan the parties with the accessories announcement. We will be announcing our ticketing partner shortly along with the availability dates of online tickets. With the lineup of iconic players from all 10 countries in a new format, I’m sure fans will experience a strong performance on the pitch and a great season this year.”

“We will not be receiving any players from Pakistan for next season. We will be adding more international players to the Draft soon. And all of our Legends would play with us for a full season and not lose a game to another league or commitment. For the final game of this season, we are looking at Dehradun.”

On that note, here are all the details you need to know about the upcoming League of Legends tournament:

When does Legends League Cricket 2022 start?

Legends League 2022 kicks off on September 16 and the finals are scheduled for October 8. The first three matches, including the exhibition match between India Maharajas and World Giants, will take place at Eden Gardens in Kolkata.

The caravan then proceeds to Lucknow, followed by New Delhi, Cuttack, and Jodhpur. These are the dates:

Raman Raheja, co-founder, and CEO of Legends League, referenced the likely venue for the finals in a statement on Tuesday:

“For the last game of this season, we are looking at Dehradun.”

Misbah-ul-Haq was one of the first players to announce his entry into Legends League Cricket 2022. However, it looks like neither the former Pakistani captain nor any of his compatriots will end up playing in the league this year.