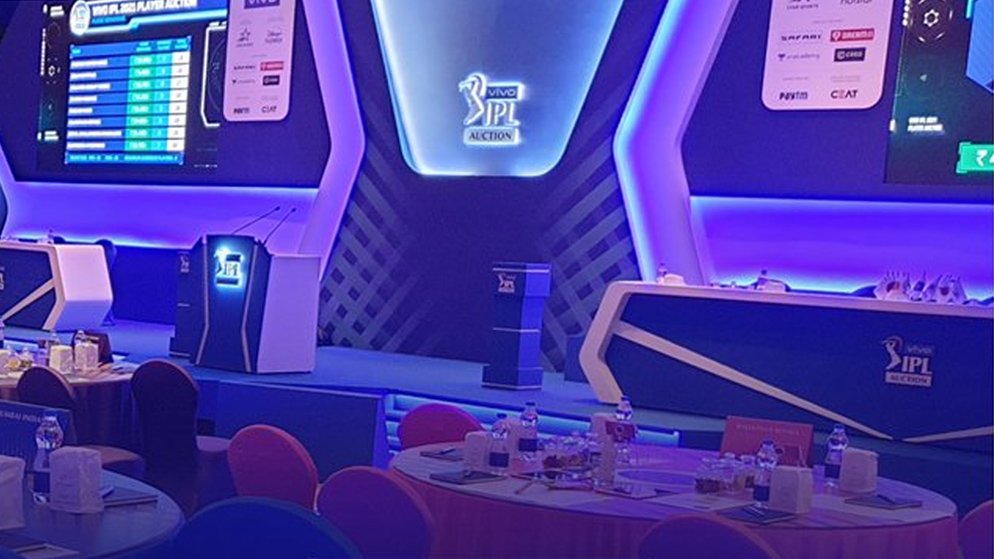 As per the latest reports, the Indian Premier League (IPL) 2022 mega auction is most likely going to take place on February 12 and 13. Bangalore is the city where it will be held, as per sources. Although the Board of Control for Cricket in India (BCCI) has not made an official statement yet on the matter, one is expected to be out very soon. The IPL auction is going to be bigger than ever with the addition of two new franchises- the a-Ahmedabad-based team and the Lucknow-based team.

Once the information surrounding the auction dates was made public, several cricketing circles expressed their concerns about the choice of the auction dates. As per the BCCI 2022 cricket calendar for Team India, the Men in Blue are scheduled to play a One-day international against the West Indies on February 12, 2022, in the Eden Gardens in Kolkata. Media houses and several stakeholders are of the view that the clash between the auction dates and India’s match would divide the attention of the cricket fans, leading to a loss of viewership for both events.

Despite this legitimate concern, the BCCI is unlikely to change its decision. It has ensured to all IPL overseers that the ODI match would go ahead on its own accord, and would have no links whatsoever with the smooth functioning of the IPL mega auction. When the IPL franchises were contacted for their view on the matter, most of them seemed content about the selection of dates. They would like to go forward with BCCI plans wholeheartedly. Next year’s auction will undoubtedly be larger than the previous ones, as the inclusion of the two new teams would see a longer bidding process. So, the 10 franchises of IPL 2022 are in agreement with the BCCI’s call to spread the auction over two days rather than one.

When a member of the governing council of one of the IPL franchises was asked about the stance of the BCCI regarding the clash, this was the reply- “It has been clarified to us that the match and auction are two different things and both will go ahead.”

Broadcaster Asked To Include Both Events Within Its Framework

The IPL mega auction is traditionally aired live on network television. This time too it will be shown on television screens across the country and overseas. Since the Star Sports Network has the right to cover all cricketing events under the purview of the BCCI in the country, they are supposed to bring both the IPL auction as well the ODI match between India and the West Indies to the homes of millions of cricket fans.

The clash between the ODI match and the IPL auction will surely present the Star Sports executives with a challenge. Airing two marquee cricket events on the same day and most likely at the same time would require some planning. Hence, the BCCI has duly briefed the Star Sports Network about the latest developments. The media house is yet to revert to the BCCI regarding the matter.

Soon after the Internationally-placed Equity Investment Firm, Irelia Company Private Limited, also known as CVC Capital Partners, got ownership of the team based in Ahmedabad, problems began to emerge concerning the American firm. It was learned that it has sufficient interests and investments in companies involved in betting in foreign countries.

It is important to note here that every other form of betting and gambling is illegal in India. An ensuing drama erupted over the issue and it has been in the news ever since. However, internal sources have suggested that the matter has now reached its conclusion, and the BCCI is satisfied with CVC Capital Partners’s stand that the latter’s Asian Fund does not run any betting enterprises. An official declaration about this issue is likely to be announced well before the auction dates.

The Sanjiv Goenka-led RSPG Group, which owns the Lucknow-based IPL franchise, has already begun talking to players and their agents on the sidelines. They have been given the green signal by the BCCI to start their operations in acquiring the cricketers that they would want in their fresh new team.

As has been reported in this portal before, the two new IPL franchises have a total budget of INR 90 Cr each to spend on new players. They would be allowed by the IPL governing council to sign 3 players each before the mega auction. Word is around that KL Rahul, who recently left the Punjab Kings franchise, is under the radar of the Lucknow outfit. We will find out very soon which team acquires this stylish opener.