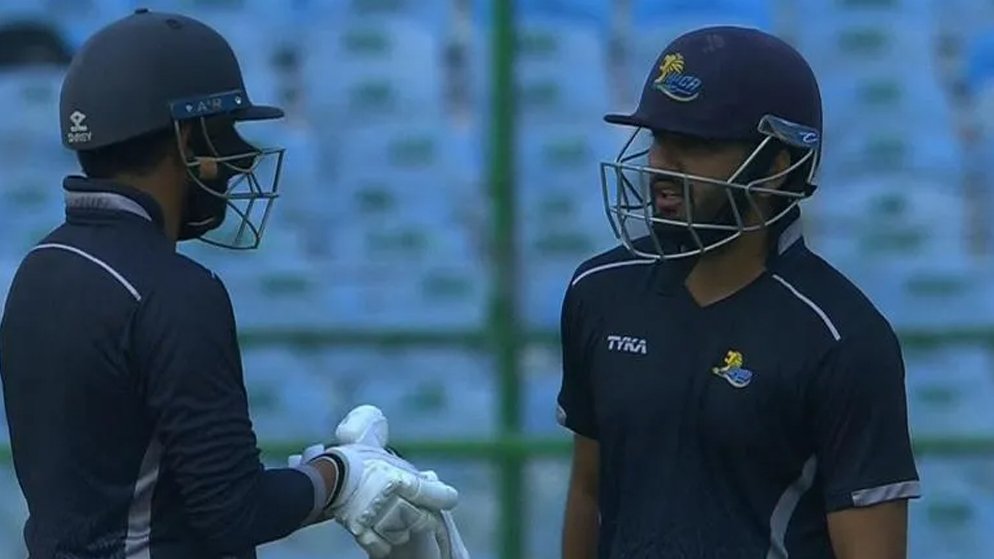 One of India’s foremost domestic cricket competitions, the Vijay Hazare Trophy, saw its conclusion on December 26. Tamil Nadu and Himachal Pradesh fought it out for the top honors, but in the end, the former came out victorious. This was the first time that Himachal Pradesh has got hold of this coveted domestic title.

Tamil Nadu, led by the veteran Dinesh Karthik, had put on a respectable score of 314 runs. Himachal Pradesh opener Shubham Arora made a statement at the top of the batting order by scoring a free-flowing 136. Another couple of fine knocks by Amit Kumar, who scored 74 off 79 deliveries, and Rishi Dhawan, adding 42 off 23 deliveries, took the game away from a hapless Tamil Nadu.

The Vijay Hazare trophy had been running for 28 days. It has shown glimpses of what to expect in the future of Indian cricket. Cricketers have shown their class with both bat and ball in this marquee domestic competition. It is no wonder then that the IPL franchises would be tempted to sign the players who have impressed in this competition. We will discuss the five main cricketers who have the best chance of bagging million-dollar contracts in the upcoming IPL mega auction.

If there is anyone who deserves to be in the big league, it is Himachal Pradesh skipper Rishi Dhawan. Dhawan has already participated in 26 IPL games so far in his career and has represented the national side in 3 ODIs. Dhawan scored the most runs for his team and took the most number of wickets in the Vijay Hazare cricket tournament this season. His bowling average stands at 23.35, having picked up 17 wickets in 8 games. He made 458 runs with a massive average of 76.33. These statistics would be enough to convince one of the 10 IPL franchises to offer a big-money contract to Dhawan.

Familiar Face Yuzvendra Chahal Is Up For Grabs At The Auction

Spinner Yuzvendra Chahal has been a known face in the IPL for the last few years. He was an integral part of the Royal Challengers Bangalore outfit in the IPL for the past few editions. He is RCB’s highest wicket-taker of all time. However, Chahal would be available in the market in the upcoming auction. He has taken 14 wickets in just 5 games in the Vijay Hazare competition. With an economy rate of 4.35 and an average of 15, he is likely to cause a battle between franchises on the big day.

Another Former RCB Player In Contention For A Big Contract

Washington Sunder was also released by RCB this year. The young bowler performed brilliantly in the Vijay Hazare Trophy by picking up 16 wickets in 8 games, with an average of 23.35. With these statistics, he came third in the list of highest wicket-takers in the recently-concluded competition. A lot of IPL teams would want to secure the services of this exciting bowler.

The relatively unknown Shahrukh Khan grabbed the attention of many during this year’s IPL. While playing for the Punjab Kings, Khan contributed with the bat significantly in a few games in the lower middle-order. But that did not convince the PBKS hierarchy that he was good enough to be retained.

But seeing as Khan shone brightly in the Vijay Hazare tournament, the PBKS board might now be regretting their decision. Khan is a natural big-hitter who can finish matches under clutch situations. In the second quarterfinal game against Karnataka, Khan made 79 not out off just 39 deliveries to steer Tamil Nadu towards a win. In the course of the 7 innings that he got to play, Khan made 253 runs. His strike rate of 180 was one of the best in the tournament. Now that the IPL mega auction is very close; it would not come as a surprise if Khan is signed for a staggering prize of money.

In the 2021 edition of the IPL, Kolkata Knight Riders pacer Shivam Mavi contributed significantly to his team’s march to the final of the tournament. However, his 11 wickets in 9 games, with an average and an economy rate of 21.18 and 8, respectively; were not enough to see his retention by the Kolkata-based franchise. But Mavi made a lasting impression by picking 15 wickets in 7 Vijay Hazare matches; securing the fourth position in the list of highest wicket-takers. His bowling average stood at 17.20. These remarkable statistics would surely see one of the IPL teams fighting it out for his services in the upcoming mega auction.