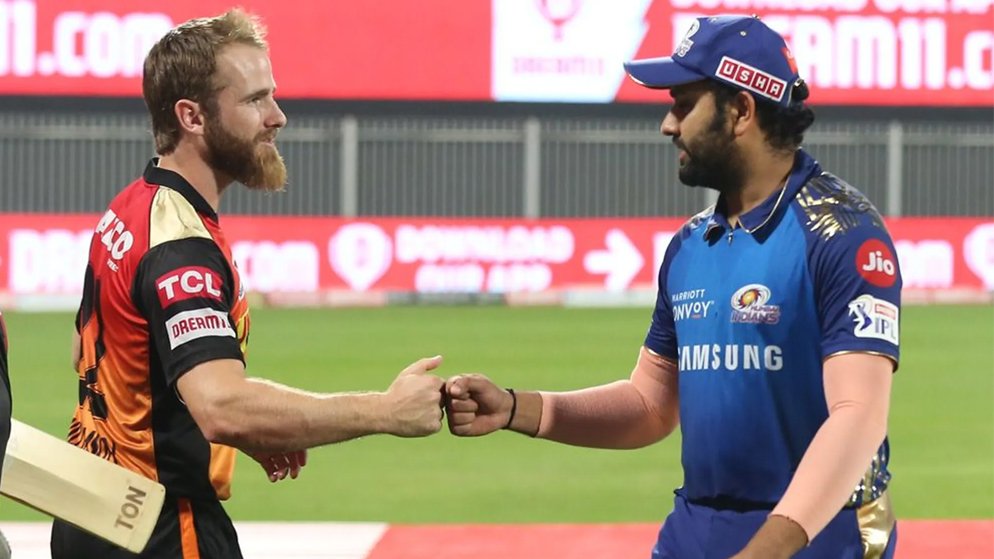 IPL 2021: SRH vs MI – Mumbai Indians, the defending champions and Sunrisers Hyderabad, the former champions are going to clash in the 55th match of this IPL season. In their last matches, both MI and SRH emerged as winners and must be confident about their match today. MI would have to win with a large margin in this match so that they can beat KKR for the fourth position in the playoffs.

Sunrisers, however, are towards the bottom of the rank and are already knocked out of the playoffs. This match is going to be held on 8th October in Sheikh Zayed Stadium in Abu Dhabi from 7:30 pm IST. Fans will only be allowed to watch if they can present a negative RT-PCR test or a show double vaccination certificate.

The two teams have played 17 matches together in the past and MI has won 9 of them. In this season, MI has won 6 matches out of 13 and has 12 points, a few less than KKR and SRH has had only 3 wins from 13 matches and has 6 points in total. MI has to beat SRH by a margin of 171 runs to get past KKR and qualify for the playoffs. MI desperately needs to improve its run rate which currently is -0.048.

In the previous match, Mumbai defeated the Rajasthan Royals with 70 balls left. The Sunrisers defeated RCB by 4 runs in their last match, however, RCB qualified for the playoffs and will be playing against KKR in the knockouts. If SRH wins, they will be in the 8th spot and although they may not play in the playoffs, they will want to finish on a high note.

The pitch in Sheikh Zayed is more apt for batsmen than for bowlers. However, in the previous game played on this field, the batsmen had a difficult time and the bowlers extracted a lot from the surface. Whichever team gets to field first may have the upper hand in the game. Judging by their last game, it is probable that SRH would want to bat first.

SRH has a great batting team and they also have a great bowling strategy that they have shown in this season. But that could not get them the desired win because the batsmen have not been in great form. The players like Kane Williamson, along with Manish Pandey, David Warner, Mohammad Nabi, Jason Holder, Bhuvneshwar Kumar, Rashid Khan, Khaleel Ahmed are set to shine today.

MI has a great number of star players and they also have a great strategy. They also have great star batsmen but they have not been very consistent this entire season. They need to really up their game today if they want to secure a place in the playoffs.

Both SRH and MI have star players in their teams and both have won their last matches. They would want to go for a similar win this match even though they have not been in great shape throughout the season and SRH has been on a low edge all season.

Even though SRH is already out of the playoffs, they will still be playing a good match for their pride. Even though MI wins the match, they will need to win by a margin of 170 runs which is unrealistic, so even a victory is not enough for them.

Mumbai Indians and Sunrisers Hyderabad have nothing to lose and will fight to go out this season with a bang. This is going to be a high-octave clash which will be an interesting match for all the fans to watch.