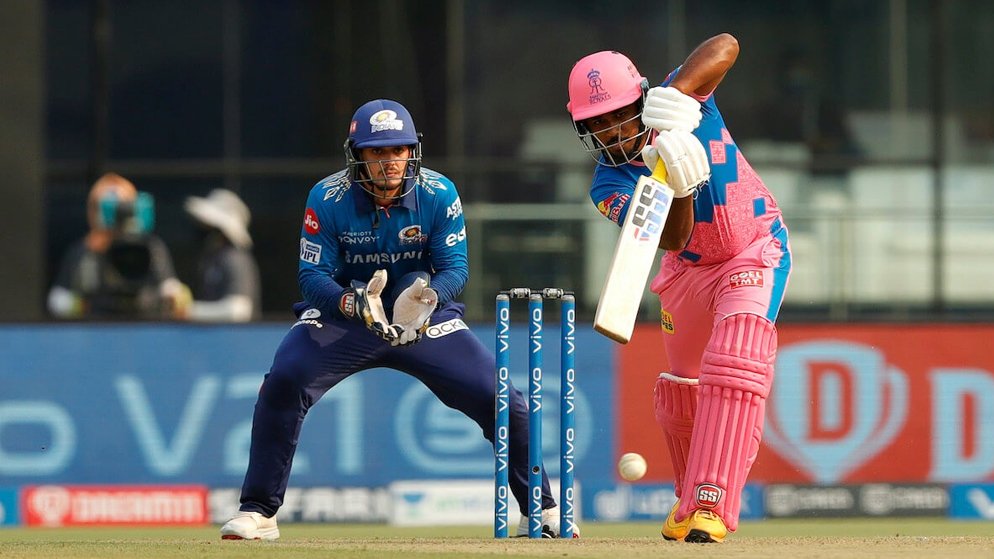 RR vs MI – IPL 2021 is reaching its concluding stages, and the battle for the playoff places is heating up. While Chennai Super Kings, Delhi Capitals, and Royal Challengers Bangalore are through to the playoffs, the last qualifying spot has been up for grabs with four teams competing for the last spot.

It is for this very reason that the clash between Rajasthan Royals and Mumbai Indians has become a mouth-watering clash. To be held on the 5th of October, 2021, the match will be played at the Sharjah Cricket Stadium from the United Arab Emirates. The match will be live from 7.30 pm Indian Standard Time (IST). Again, fans will be allowed in a limited number provided they have been vaccinated or they have a negative RT-PCR test.

RR vs MI The Preview

In their previous encounter in the 2021 edition, the team from Mumbai won by 7 wickets against Rajasthan Royals. This match was held in the Delhi leg of the tournament. Now, the defending champions Mumbai Indians will be aiming to get the fourth playoff place so that they can put forward their bid for a third consecutive title. Currently, the two teams are in the sixth and seventh position and both the teams will be disappointed for their current positions in the table, despite their strong line-ups. Being the defending champions, Mumbai Indians will be especially not happy in this edition with just 10 points. Rajasthan Royals are only ahead of MI based on net run-rate with the same points. As a result, this clash should witness some great cricket with both teams going for the win.

The pitch report from Sharjah Cricket Stadium in the past few games have shown us that the batters will not get any favours from the pitch. The stadium has already witnessed plenty of low-scoring matches in this edition, with stats showing that the average total batting first here is 149, while teams in the second innings score no more than 131 on average.

As we already mentioned, both teams have very strong squads, albeit underperforming squads. For the Mumbai Indians, their batters have not been up to the mark for the entire season and players like Rohit Sharma, Suryakumar Yadav, Quinton De Kock, Kieran Pollard, and Hardik Pandya must step up in these last two games if their team is to make the playoffs.

On the other hand, the Rajasthan Royals camp will look towards players like Mustafizur Rahman, Kuldip Yadav, and Jaydev Unadkat to restrict Mumbai Indians to a low score. Bowling all-rounder Chris Morris will also have to play a crucial role in this match if they are to win. Captain Sanju Samson and hard-hitting batsman David Miller are the ones who Royals will hope to play well in order to make a good total if they are to bat first.

Since being the winners of the inaugural edition of the Indian Premier League in 2008, the Rajasthan Royals team haven’t been able to win this prestigious T20 tournament. On the other hand, Mumbai Indians are the most decorated winners of the IPL with 5 titles, winning two on the trot in 2019 and 2020. This was the first time since Chennai Super Kings won the consecutive IPLs in 2010 and 2011.

For their Head-to-Head stats, the two teams are on almost equal footing with each other. In their 26 encounters, Mumbai Indians have won 13 times while Rajasthan Royals have 12 times. Incidentally, despite losing earlier this year, Rajasthan Royals have had the upper hand in the last five fixtures, with 3 wins.

While winning this fixture won’t really guarantee either of the two teams playoff places, it is essential that the teams go for the win to keep their playoff hopes alive. Thus, it is safe to say that the match should definitely be entertaining for fans all over the world.