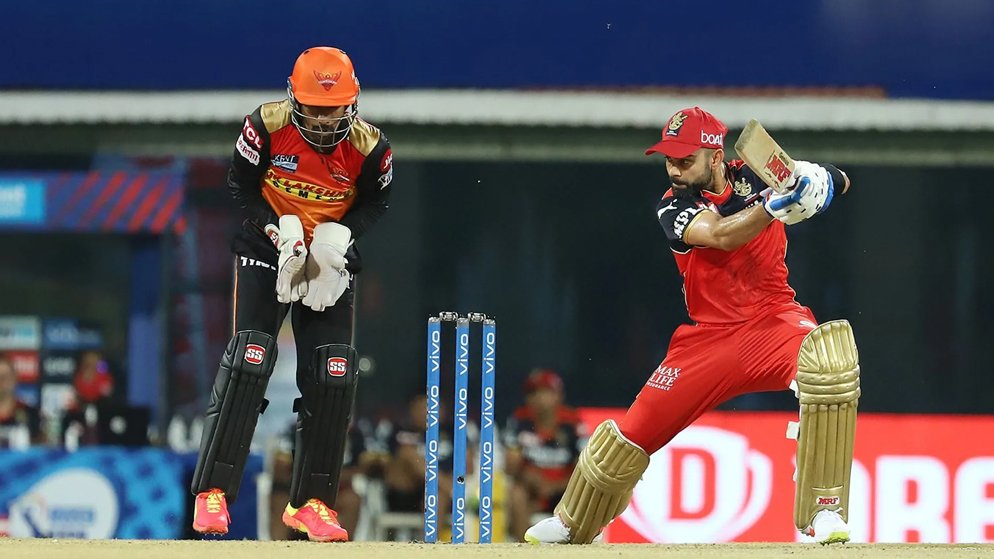 RCB vs SRH – Each match in the IPL 2021 playoffs has come off as nail biters. The Royal Challengers have already gone through the playoffs and are set to play for the top two positions if they win their next two matches, although their result relies greatly on CSK’s win. RCB has won several matches which have boosted their confidence and with that spirit, they will be going in for their match against SRH today, on 6th October 2021. They are going to clash for the second time this season. The match will be held at Sheikh Zayed Stadium from 7:30 pm IST. Today, like every match, a limited number of fans will be allowed inside the stadium provided they have proof of either their vaccination or a negative RT-PCR test.

Today’s match is going to be the 52nd match of the season. In their last match together, RCB beat SRH by 6 runs. Both the teams have played 12 matches each this season, while RCB won 8 of them, SRH could only secure 2 wins which make them last on the points table. Although SRH’s players have not been in their full form this season, they will want to go out with a bang because this is going to be their last match. They will do anything to get the last win, so it is up to RCB now to not get over their heads and let SRH spoil the game for them.

The pitch at the Sheikh Zayed Stadium in Abu Dhabi is said to be in favour of the batsmen. The last match that was held in this stadium was between Chennai Super Kings and Rajasthan Royals and a lot of runs were scored in that match. Out of the last 6 matches that were held in this stadium, 5 of them were won by the team chasing the score. So even in this match, it is predicted that it is going to be better for the team that bats in the second half. An average score of 160-170 should be expected in this venue.

Out of the two teams, RCB sure has stronger players, but when considered, SRH’s team is also not on the backfoot. They have some strong players as well who have given great performances in this season. For RCB, Mohammad Siraj, Glenn Maxwell, Virat Kohli, Devdutt Padikkal, AB de Villiers and Yuzvendra Chahal have really proven their worth this season.

SRH has Wridhiman Saha, David Warner, Jonny Bairstow, Jason Roy, and Manish Pandey who are great players but need to up their games because if in their full form, they can become a destructive batting line-up.

Sunrisers Hyderabad has been on a low edge all season while The Royal Challengers have been on a roll, which gives them a definite margin to win this match. Virat Kohli has scored 357 runs at an average of 32.45 this season while Padikkal has scored 349 runs at an average of 34.90. The Kohli Padikkal duo had done wonders in their match against Punjab and are set to give a solid start to this match as well.

While Sunrisers have won 1 season of IPL in 2016, RCB has never had a sure shot win. Their lack of achievement despite having some wonderful players have earned them the title of “underachievers”. However, in IPL 2021, the game plan of the underachievers might actually help them secure a win.

There is no saying what will happen in the game today, but it is safe to say that today’s match is definitely going to keep everyone on the edge of their seats