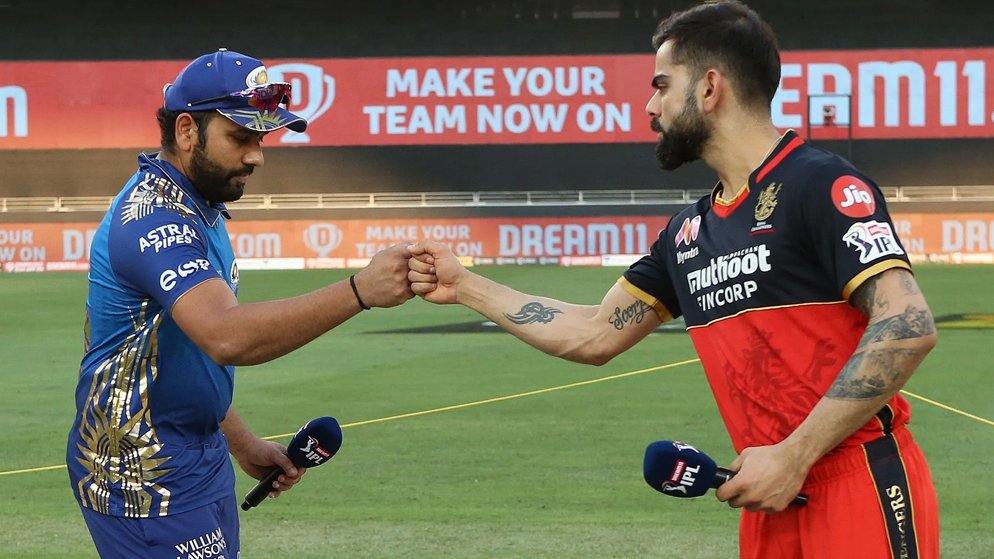 RCB vs MI: The second phase of the 14th edition of IPL 2021 has been more exhilarating than the initial one. Although stadiums are left empty without the crowds buzzing, the action on the pitch has been not been compromised. In fact, there has been a lot of activity in the points table, especially in the top half. The face of the point’s table changed from what it looked like before. With bottom half teams going full-throttle for a top-four finish. The 39th game of the season will witness the clash of the big guns. A match that will surely have all of us tied to the edge of our seats!

The Dubai International Stadium will host the giants of the game as they clash against each other for the second time this season. The Dubai International Stadium being a batting paradise will once again favor the team winning the toss. A tough surface for the pacers as the pitch does not generate enough speed for the ball. However, they should be useful in the latter stages of the match when the pitch has worn off. Spinners will be crucial to slow down the run chase during the middle overs.

Since the start of the second phase of the Indian Premier League 2021, Rohit Sharma and his company have faced a number of shortcomings in their batting and bowling strategies. Two back-to-back losses incurred by defending champions have thrown them off from the third position to the sixth. The team has been fully fit but is yet to make a mark for itself.

In their previous two matches, Mumbai Indians faced Chennai Super Kings followed by Kolkata Knight Riders. KKR despite their awful run of form managed to contain Mumbai’s attacking lineup. Eoin Morgan won the toss and invited the Indians to bat first. The opening pair, De Kock and Rohit Sharma carried the match beautifully until the first dismissal came up in the final stages of the powerplay. Mumbai tumbled from 78 for no loss in 9 overs to 106 for 3 in 14 overs.

The team once again failed to make ground for themselves when one of their talismans fell.

Mumbai registered a below-average total. They could only drum up their score to 155 in 20 overs. The bowlers could do very little. Flashes of brilliance were seen from Jasprit Bumrah who picked up all the 3 dismissals that were there. Hardik Pandya’s absence was widely felt throughout the match.

Virat Kohli and his side made the best start to the IPL winning 3 out of three matches they played. However, since their defeat against the mighty Chennai Super Kings, the Royal Challengers Bangalore have suffered a heavy dip in their form.

The destructive batting they possess has only managed to show a glimpse of what they could be all together.

The dip in their captain, Virat Kohli’s form has been the center of discussion for the entire IPL.

Bangalore can still make it to the qualifiers as they sit in the third position with a two-point lead from Kolkata Knight Riders. But the question stands if they can sustain their stronghold over the top four. Their previous two matches have ended in an outrageous defeat. RCB’s entire team fell apart to KKR’s bowling prowess in just 10 overs.

In their next game against CSK, the apprentice was not able to get ahead of the master, once again.

Out of 30 matches played between them, Mumbai takes the lead with 19 wins to its name. Although RCB is far behind with 11 wins, they have emerged victorious every time they have faced Mumbai in Dubai International Stadium. The batting-friendly pitch of Dubai International Stadium has an average of 160 runs which is a decent one given its lengthy boundaries. Virat Kohli and Keiron Pollard have registered the highest runs in this fixture for their respective sides.

Both Royal Challengers Bangalore and Mumbai Indians had started off their campaign of Vivo IPL 2021 with a bang but have fallen short of the expectations of the fans in recent matches. A lot of eyes will focus on Virat Kohli and a win for Banglaore will keep them ahead of Mumbai in the point’s table